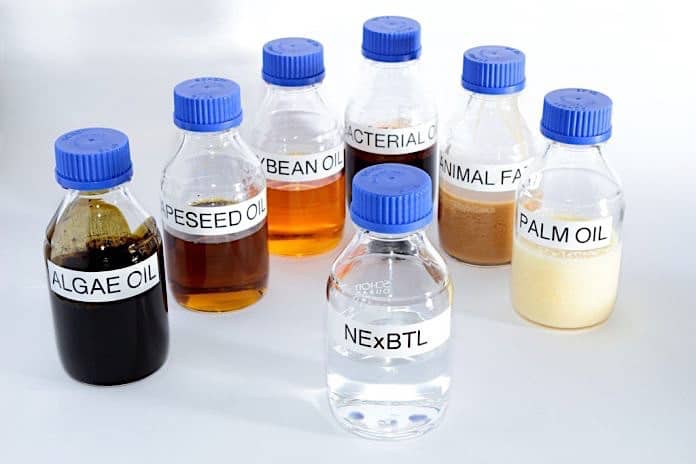 News that Cummins, Inc. approved paraffinic fuels for its B6.7 and L9 school bus engines could be the push needed to open the renewable diesel market to student transporters.

The conclusion resulted from an 18-month field trial of paraffinic fuels Cummins performed to compare efficiencies and differences with standard diesel. Cummins determined that the paraffinic renewable diesel met EN 15940 specifications and is now approved for B6.7 and L9 engine platforms as well as the company’s B4.5 that meets Euro 6 emissions standards.

Paraffinic fuel is a near-zero sulphur diesel made through the Fischer-Tropsch process from natural gas or biomass, or through hydrotreatment process from vegetable oils or animal fats (HVO). It is not considered biodiesel but instead is a 100-percent fuel substitute for standard diesel. Cummins confirmed on May 31 that paraffinic renewable diesel neither requires any modifications to the Cummins engines nor additives nor any additional vehicle infrastructure.

Cummins added in a statement that “…paraffinic diesel fuels offer the potential to reduce greenhouse gas (GHG) emissions by 40 percent to 90 percent over the total life cycle of the vehicle.” The company also emphasized that paraffinic diesel allows customers to minimize their emissions-based footprints without the need to increase costs.

An estimated 85 percent to 90 percent of the nation’s 480,000 school buses currently operate on standard Ultra Low Sulfur Diesel. The news from Cummins indicates that, slowly but surely, other engine OEMs are likely to make similar strides toward’s even cleaner diesel alternatives.

One obstacle to widespread acceptance of renewable diesel, or RD, has been cost, reportedly a $0.10 more per gallon premium over standard diesel. And historically, RD has not been a domestically produced fuel.

Still, at least one school district—San Jose Unified in California’s SIlicon Valley—has moved toward RD to power 100 percent of its school buses. Lead Equipment Mechanic Andrew DeBolt confirmed that district recently completed the sale of all remaining CNG school buses and replacement with clean diesel school buses that use RD.

Renewable diesel isn’t the most economic selection as of yet, which is why rural nations still prefer standard diesel over eco-friendly alternatives, but cost effectiveness is an agenda underway and pressed because of progressive traction.