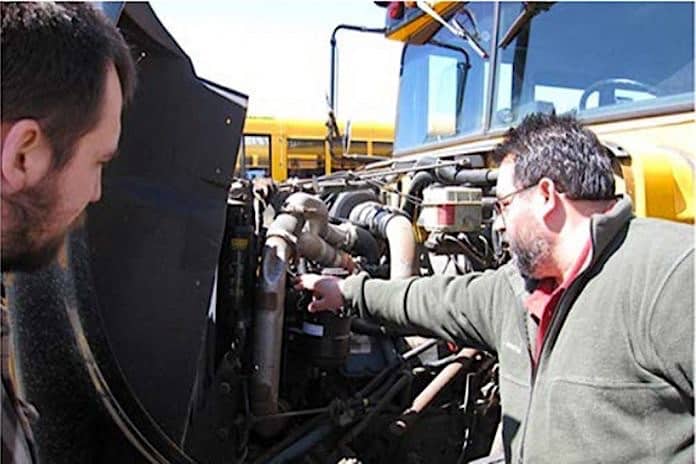 Diesel bus and truck engines manufactured since the EPA began mandating heavy-duty, on-highway emissions rules are much cleaner than originally expected, according to a study released today by two non-profit health research organizations.

The Coordinating Research Council along with the Health Effects Institute released the phase one report of the Advanced Collaborative Emissions Study (ACES) that says particulate matter (PM) em i ssions were 99 percent lower than similar emissions levels allowed from 2004 technology for heavy-duty diesel engines and nearly 90 percent lower than the 2007 national emissions standards.

South west Research Institute in San Antonio, Texas, conducted tests of heavy-duty diesel engines from four major manufacturers and subjected them to federal test procedures for PM, carbon monoxide, hydrocarbons and oxides of nitrogen. Additional, researchers used a more rigorous 16-hour operation cycle developed especially for the study. The engines were tested on multiple iterations of these cycles, and measurements of over 300 regulated air pollutants were made, according to the highest laboratory standards.

“These findings underscore just how clean this new generation of fuels, engines and emissions control technology really is,” said Allen Schaeffer, executive director of the Diesel Technology Forum. “Today’s diesel trucks and buses are so clean it would take 60 of today’s models to have the same soot emissions as one 1988 model.”

ACES is a five-year study to test the emissions and health effects of new diesel technology and to document the improvements that have been made over the past several years.