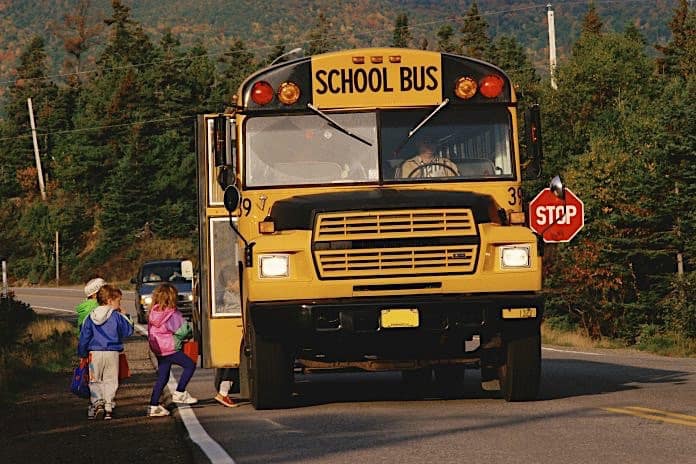 A 70-year-old Washington County school bus worker has been charged with molesting at least six pre-school-aged girls on the bus, authorities said Thursday, according to the Twin Cities Pioneer Press.

Harvey Theodore Kneifl of Woodbury was arrested Wednesday on suspicion of “inappropriately touching at least six girls,” ages 3 to 5, on a South Washington County School District school bus, according to the Woodbury police.

The Washington County attorney’s office charged him Thursday with six counts of second-degree criminal sexual assault. He is scheduled to appear in court Friday.

Kneifl was “immediately” placed on administrative leave by the school district, according to the police and a statement from the district superintendent.

Kneifl was not a bus driver. He was working as a “school bus assistant,” a position that typically involves helping individual students who have special needs aboard the bus.

Police began investigating Saturday, Feb. 4, when the parents of a pre-school student in South Washington County Schools reported that their daughter told them she had been inappropriately touched on the way to school on Friday morning. On Monday, officers requested bus video, rosters, and contact information for the students on that particular bus route and any other routes Kneifl has worked.

In a letter to parents Thursday, Superintendent Keith Jacobus said the district has “commenced an investigation into the situation by engaging a qualified outside investigator. That investigation is ongoing and it is fair to say that we are giving the matter our utmost attention.”

According to the statement from Woodbury police: “Woodbury Police is actively investigating this case. More information will be available after the criminal complaint is filed, late this afternoon or early Friday morning. … If you have additional information related to this investigation you are encouraged to call Woodbury Police Department at 651-714-3600.”