Automotive safety technologies continue to play a big role in saving lives across the country every day. One of the most effective technologies, known as Vehicle-to-Everything or V2X, allows vehicles to communicate with other vehicles, infrastructure, law enforcement, and bicycle and pedestrian road users to help avoid crashes, enhance safety, improve transportation efficiency, and reduce air pollution.

V2X technologies operate within the 5.9GHz band, which is known as the safety spectrum. To realize the full safety potential of this technology, the transportation industry including school buses needs the entire band. The industry has already committed to deploying at least 5 million V2X radios on vehicles and roadway infrastructure within the next five years, so long as the band is kept open for these critical technologies.

The Federal Communications Commission (FCC), however, now seeks to reallocate the safety spectrum for other uses, which would jeopardize transportation safety. That’s something the National School Transportation Association (NSTA) can’t get behind.

The proposed reallocation of the 5.9GHz safety band has the potential to diminish the stellar safety record of student transportation. More and more, school buses deploy technology like collision avoidance, emergency response priority, pedestrian in crosswalk notification, and red light, work zone, reduced speed zone, and weather impact warnings. These technologies depend on a communications network that is fast, efficient and reliable. If that network is compromised, how can the industry continue to tout the incredible safety record it currently upholds?

Unfortunately, the FCC proposal will have an adverse impact on school buses, and similarly situated forms of transportation. The National Highway Traffic Safety Administration (NHTSA) predicts the safety applications enabled by V2X technologies could eliminate or mitigate the severity of up to 80 percent of non-impaired crashes. In addition, 70 percent of crashes involving commercial trucks could be mitigated by V2X technologies, according to NHTSA.

The myriad benefits of V2X technologies is why USDOT and public and private sector transportation stakeholders have worked together to bring this technology to the U.S. market.

The billions of dollars invested in the development of V2X technology are now paying off through existing and planned deployments around the country. At least 30 states have invested in building out intelligent infrastructure using V2X technology.

Technological advances on school buses, like automated braking, stability control, lane departure, and collision mitigation, now come as a standard feature in many cases. And these standard features keep intact the reputation that student transportation has cultivated over many years. Keep in mind that there are scenarios that are often out of the control of the school bus driver.

Yet despite these V2X investments and the clear transportation safety benefits they can deliver, the FCC continues to threaten to repurpose spectrum away from these technologies. The FCC’s Notice of Proposed Rulemaking (NPRM) would reallocate the majority of the 5.9 GHz band away from transportation safety. The spectrum that would remain for transportation safety would likely be unusable, as shown by numerous technical assessments, including preliminary assessments released by USDOT. Under the FCC’s proposal, interference would likely delay or block safety-critical messages where split-second action is required to avert a crash.

It’s simply not worth it.

Reducing the amount of spectrum available to V2X technologies undermines the ability to reduce the number of traffic fatalities and injuries that occur each year on U.S. roadways, improve motor vehicle safety, and increase the operational performance of roadways by reducing congestion across the transportation system. Such a decision would also harm U.S. global competitiveness with respect to next-gen automotive safety technologies. That is why more than 85 percent of comments submitted to the FCC in response to its proposed overwhelmingly oppose repurposing spectrum away from transportation safety.

To ensure the safety, economic, congestion mitigation, environmental, and efficiency benefits that V2X technologies can provide, the FCC must preserve the entire safety spectrum for transportation safety-critical communications. 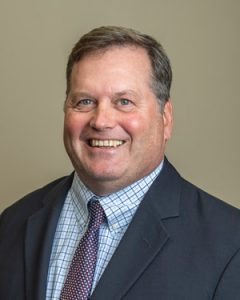 Curt Macysyn is the executive director of the National School Transportation Association, an advocate for school bus contractors across North America and a member of the American School Bus Council. Curt may be reached at cmacysyn@yellowbuses.org.

Winning the Race of Technology Strategy

In a normal year, our team at STN comes out of summer on a high. We would have produced three national conferences and put...
Read more
Blogs

Have you ever wanted to attend a conference but didn’t have the time or resources to participate? Maybe one lucky person on your team...
Read more
Blogs

COVID-19 has forced nearly every aspect of society to evolve and hope for a little luck along the way. Keep moving forward. Keep innovating....
Read more
Blogs

Getting Back to School Requires Drastic Changes

Editor's note: The following white paper provides an in-depth evaluation of the current state of COVID-19 as related to school startup and changes the...
Read more
Blogs

NTSB on Getting Back to School Safely

COVID-19 has changed how we look at our health and safety. In the world of traffic safety, school-bus crashes are relatively rare, but our...
Read more
Blogs

Help Is On the Way

At the outset of COVID-19, which seems like an eternity ago, you might recall shortages of toilet paper, paper towels, hand sanitizer and cleaning...
Read more