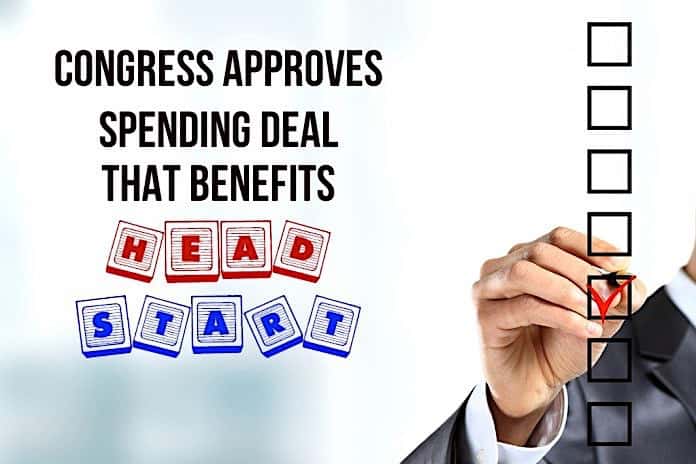 The Fiscal Year 2014 Omnibus Appropriations bill approved by both the House and Senate just days days before another federal shutdown would fund the federal government to the tune of $1.1 trillion until this fall, and early childhood education stands to be a big winner. The bill heads to President Obama’s desk for signature.

The federal investment increase in Head Start preschool programs would be more than $1 billion, even while many other discretionary social programs such as transit, HUD and education would see cuts. The U.S. Department of Education would be funded at $70.9 billion, a reduction of $739 million from the FY 2013 level.

The National Head Start Association applauded the government’s proposed funding increase of $1.025 billion to a total of $8.6 billion. This increase would account for $612 million more than agencies nationwide received before sequestration last spring implemented a 5-percent, across-the-board cut.

The funding increase would be the first step to recovery, NHSA said.

“Although it will be a long road, Head Start programs nationwide are enthusiastic about beginning 2014 by getting back to the work of rebuilding rather than cutting, and we urge swift passage of this legislation,” Vinci added.

Meanwhile, special education grants to states would be funded at $11.5 billion, a $498 million increase. The bill also includes $90 million for grants to improve school safety. The National Highway Traffic Safety Administration could realize an increase of $819 million in mandatory and discretionary funding, which is an $8.9 million increase over the fiscal year 2013 enacted level. The Federal Motor Carrier Safety Administration would be appropriated $585 million, an increase of $24 million above the fiscal year 2013 enacted level.

The House approved the Omnibus bill on Wednesday, and the Senate followed suit on Thursday, despite a last-minute standoff led by Tea Party Republicans, reported the Los Angeles Times. Obama was expected to sign it before a Saturday deadline