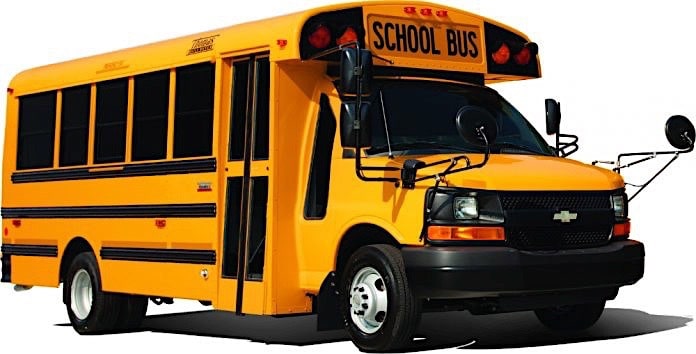 Nearly one-third of the 889 public school districts in Illinois report the use of 15-passenger vans, also known as non-conforming vans in pupil transportation vernacular, for student transportation purposes.

This fact was uncovered by Mary Brown during research for her doctorate in educational administration at Northern Illinois University . Her research was conducted during the 2004-2005 school year.

Dr. Brown’s dissertation (yes, she was awarded her doctorate) is believed to be the first scholarly research into this volatile issue.

Her stated objective was to examine school district use, or misuse, of 15-passenger vans for student transportation purposes in Illinois.

“Can Illinois school districts use 15-passenger vans for student transportation?” she asked. “The answer is a qualified yes.” The distinction hinges on whether the transportation is for a voluntary school activity or one that requires student attendance and participation, which can be traced to a loophole in state law enacted a decade ago.

According to Brown, “In July 1995, the Illinois Legislature added an exemption clause to the state’s definition of a school bus exempting 15-passenger vans from meeting the Federal Motor Vehicle Safety Standards (FMSVV) for school buses.” Prior to the legislative exemption, Illinois schools were not permitted to use 15-passenger vans for any student transportation purpose because they were not compliant with the federal motor vehicle safety standards for school buses. Under the exemption, the Illinois Legislature permitted the use of non-conforming vans to transport students “to and from interscholastic activities that do not require student attendance or participation.” (Underline added for emphasis)

In her research Brown examined a host of safety issues including the difference between federal safety standards governing the construction of school buses and vans. She noted that 35 FMVSSs apply specifically to school bus construction but “. no such regulations apply to 15-passenger vans used by school districts for student transportation.”

She also looked at numerous van accidents, many well known throughout the pupil transportation community. Among the landmark non-conforming van accidents she cites is the fatality of six-year old Jacob Strebler in 1994. Ironically, exactly one year and two days after Jacob was killed, Illinois legislators enacted the exemption permitting school use of non-conforming vans for interscholastic purposes. Six years after Jacob’s death, South Carolina enacted “Jacob’s Law” that prohibits school use of non-conforming vans for student transportation purposes.

Brown cites numerous other van accidents that have claimed precious lives. In 1999, six South Carolina children were killed, four student athletes in Texas in 2000 when their school van rolled over, four more in Texas two years later, five children in Tennessee in 2002, two cheerleaders in Alabama in 2003, two college-age students in Washington in 2004, etc. Her research uncovered more grim data: eleven died in a 2001 rollover accident in Illinois in a van used by The Salvation Army, five firefighters in Colorado in 2002, and five tourists in California in 2003.

A complete copy of Dr. Brown’s summary article, “15-Passenger Van Use by Public School Districts in Illinois , “can be found on the STN Web site at www.stnonline.com/stn/nonconformingvans/15_passenger/index.htm .

Dr. Brown is the director of business services for River Trails School District No. 26 in Mount Prospect, Ill. She can be reached at mbrown@rtsd26.org . Dr. Brown will present on non-conforming vans at the STN EXPO this summer.

Reprinted from the May 2006 issue of School Transportation News magazine. All rights reserved.