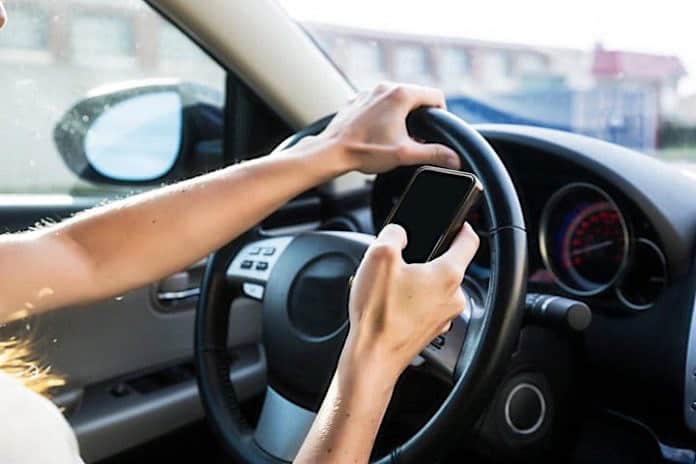 What is distracted driving?

Nearly everyone in today’s society has a cell phone. Or a BlackBerry. Or PDA. An iPod. Take your pick; someone has a portable electronic device designed to communicate with others or entertain ourselves. Despite a growing number of states that have passed laws banning hand-held cell phone usage while driving, just take a look around you on the road and you’re likely to see dozens of other motorists with their phone to the ear while driving. Or, worse yet, they’re texting.

Virginia Tech Transportation Institute research shows that distracted driving increases the risk of a crash by 23 times, or 23,000 percent. Data from the Liberty Mutual Research Institute for Safety has shown that driver distraction can lead to fewer mirror checks and not seeing things that are otherwise visible to all others, a phenomenon known as inattentional blindness.The U.S. Department of Transportation has taken notice and targeted high rates of distracted driving by all motorists and especially especially school bus drivers. In September 2009, Transportation Secretary Ray LaHood hosted a two-day summit in Washington, D.C., that brought together federal and state officials, politicians, safety experts, representatives of the telecommunications industry, and concerned members of the public to discuss the topic, the oftentime fatal results of distracted driving and what to do do stop it.

In response to data-filled testimony and heart-wrenching accounts of fatalites at the hands of distracted drivers, LaHood announced that legislation was being worked on in Congress that would revoke commercial driver’s licenses from anyone convicted of texting while driving and that would ban all newly-licensed divers from using cell phones in personal vehicles. In July 2009, the Avoiding Life-Endangering and Reckless Texting by Drivers Act, or the ALERT Drivers Act, was introducedthat would ban all cell phone or mobile device texting by motorists including commercial drivers. If passed, states would need to adopt the guidelines or forfeit 25 percent of its federal highway safety funds.

Meanwhile, the FMCSA has implemented a final rule that makes it illegal for all interstate commercial drives to text or use hands-free or hand-held mobile communications devices. Check out an FAQ from J.J. Keller that breaks down the what the rule means. Note: most school bus drivers are not considered interstate commercial drivers, though some who work for a private bus company with a DOT number may need to comply with the rule.

The list of states that ban cell phone usage or texting by all motorists, including school bus drivers, is on the rise, according to the Insurance Institute for Highway Safety. But, the Department of Transportation says any cell phone ban legislation should include requirements for in-vehicle or other voice-activated systems that are proven to be less risky then using other hands-free technology such as head sets, as these voice-activated systems do not require any “eyes off the road time.” The National Transportation Safety Board issued recommendations that all states and D.C. initiate laws that ban all hand-held and hands-free mobile communication usage, including texting, email and updating social networking sites. But NTSB’s recommendations are only that and carry no regulatory weight.