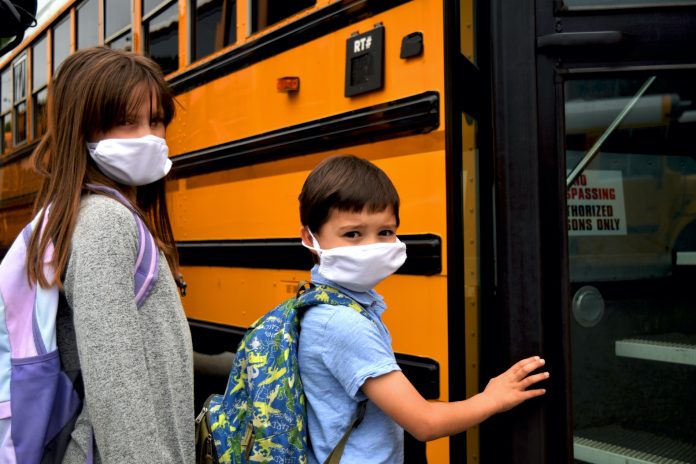 As public school districts across the state of Washington grapple with plans for reopening in September, many are faced with uncertainties and confusion caused by the recent, troubling rise of the COVID-19 Delta variant in other parts of the country.

So far, Washington state has not experienced the rise in COVID-19 cases seen in some states, where emergency rooms are at capacity, renewed indoor mask mandates are at play, and appeals are being made for more people to be vaccinated. Instead, Washington Gov. Jay Inslee has not indicated any change in the reopening process. But will the variant unleash its full force in the Pacific Northwest? That is currently unclear, and officials remain wary.

Regardless of current reopening plans, school districts officials said they will modify their plans to avoid putting students, teachers and staff in danger.

Inslee’s guidance stated that social distancing cannot be a barrier to bringing students back to school, so the state is preparing for COVID-19 transportation at 90 percent of normal capacity.

Ben Mount, transportation director at Edmonds School District on the eastern shore of Puget Sound just north of Seattle, said all students are now being offered in-person learning in September.

“Most students at Edmonds School District engaged in fully remote learning from September 2020 through April 2021,” Mount said. “Students began coming back to school in groups, beginning in November 2020, with everyone who wanted in-person instruction back at least some days of the week by April of 2021.”

Last year, bus capacity was limited to one student per seat or 33-percent capacity. “We also ran what was called a hybrid schedule, with each student attending school only two days per week. This fall, we will not have any limits on bus capacity, as all students will attend school every day,” he explained.

Beginning on Sept. 8, the district is planning for all students who have chosen in-person learning to attend full-time and in-person. Mount said more than 90 percent of the district’s student population have chosen this route.

“This is essentially a return to normal school a month from now,” he said.

The Edmonds School District transportation team includes 10 staff members, 51 drivers and 10 mechanics. Driver training was suspended from last March until this past April, resulting in a critical shortage, Mount relayed. All remaining drivers were needed because of social distancing on board, despite student ridership declining.

He explained that many of his drivers had retired, and the district didn’t “feed the pipeline” during COVID-19 closures. Now, Edmonds faces a severe driver shortage with a “hugely critical need.

While Edmonds School District has no all-electric school buses, Transportation Director Ben Mount said it is planning to replace anywhere from one-third to one-half of the fleet within the next decade. He added the current buses are relatively new, so the district is waiting for more depreciation.

“It’s better to do one-third of the fleet than one bus at a time,” Mount advised. “And the funding is very challenging.” He said the district is considering a capital levy by asking voters for support – and other sources of funding, including “patching grants together.”

“One day, we hope to be able to say, all these diesel buses will be all-electric,” Mount said.

“We’re hiring and training as many drivers as we can,” Mount added, “using all the hiring tools we could identify, including Indeed, Craigslist, word of mouth in the community — letting parents and teachers know — and social media. Employees are our best recruiters.”

He added that the county health department has jurisdiction over his area, and there isn’t much guidance out now on back-to-school operations in September. “We’re expecting some changes, but so far there are none,” Mount said. “But we do require masks for summer school — all students, teachers and staff are wearing them.”

More than one-third of the district’s students are attending summer school, making up for lost time during the closure. Mount said they’re running 51 summer routes. Normally, there are about 122 school bus routes during the regular school year.

“We had huge upgrades about 14 months ago, following our multi-year study of technology in school transportation systems,” Mount said. “We now have brand-new software and tracking to help with routing. All of this was installed just as the pandemic started. It helps us enormously in making new routes, and in scheduling. So we don’t have as many employees in transportation now.”

Some new tools, however, are not yet utilized.

“For example, there’s a parents app which notifies them where each bus is in real-time, but so far, not many parents are using it,” he explained. “However, we’ll be on much more solid ground in the fall because this new technology has the right info at the right time, for everyone.”

Meanwhile, across the state outside of Spokane, Transportation Manager Ellen Holland said she has no idea how many students will be riding Cheney School District buses during the coming school year.

“We have 5,000 students in total and about 2,200 of them use buses normally,” she said. “But I can’t say now what our situation will be in September. It depends on how many students will be returning to in-person classes, in which grades, and what’s still open.”