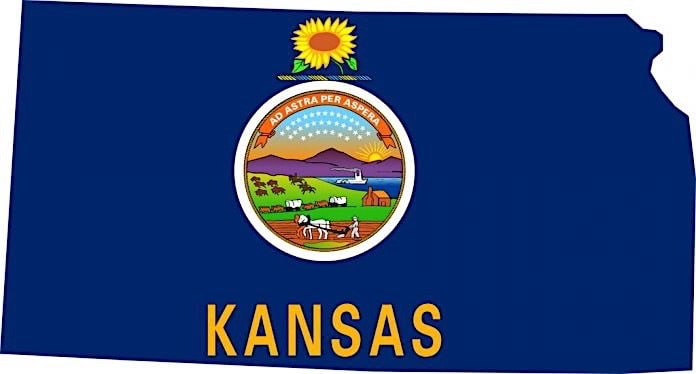 A voluntary survey conducted by the Kansas State Department of Education (KSDE) at the request of the Kansas Highway Patrol revealed almost 10,000 motorists illegally passing Kansas school buses over a period of 30 school days from January to March.

KSDE asked all 286 Kansas districts to opt-in to this project, which was designed “to raise awareness about illegal passing of school buses.” The 57 districts that ultimately participated were spread across the state’s seven regions: Northwest, North-Central, Northeast, Southwest, South-Central, Southeast and Kansas City-Metro.

The total number of violations reported by bus drivers across the 30 days of data collection was 9,967. The South-Central region accounted for 7,692 of these instances, with the Wichita United School District 259, the largest district in the area, seeing 6,888 illegal passbys.

Almost 9,500 of the illegal passes statewide occurred in an urban or suburban area. Over 7,000 incidents were perpetrated by motorists traveling in the opposite direction of the school bus when no median divided the road, and almost 3,000 incidents occurred from behind the bus. All but 222 of the passes happened on the left side of the bus. Afternoon hours saw more than 5,200 violations, morning hours just over 4,000 and mid-day almost 700.

The Kansas survey is believed to be one of the only states to report illegal passings for an entire month, with New York state conducting a similar survey for the past year. Kansas’ results follows those from the annual National Association of State Directors of Pupil Transportation Services (NASDPTS) survey released earlier this month, which found nearly 78,000 illegal passes occurring during the one-day counts performed by over 104,000 bus drivers in 29 states, including Kansas, and DC. NASDPTS estimated a total yearly figure of over 14 million violations nationwide over a 180-day school year.

The KSDE recommended caution when interpreting the 30-day survey, due to its voluntary nature and self-reported data. It further discouraged comparisons between the 30-day survey and the NASDPTS survey.

Still, NASDPTS President Diana Hollander praised Kansas’ report. “The continued efforts to obtain data on both stop arm violations and loading/unloading zone safety provides valuable data to school transportation and school safety officials all over the country,” she said. “NASDPTS applauds and appreciates your efforts on this serious issue.”

The state of Kansas has also conducted an annual voluntary national survey since 1970 that collects information from all 50 states on the number of child fatalities at bus stops during the loading and unloading of school buses. Annual fatality data has reduced from 75 in 1970 to four in 2016. Of the 1,230 total fatalities recorded during the last 46 years, 699 were caused by a school bus and 483 by a passing motorist.

The vast majority of the loading and unloading fatalities occurred in urban or rural locations, during daylight hours in clear weather. Almost 65 percent of the children killed were on the trip home, and over 30 percent on the trip to school. Nine hundred of them were between one and nine years of age.