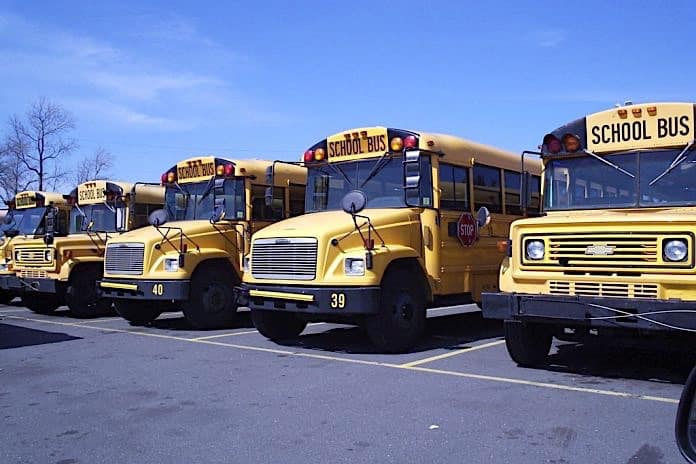 Charlotte-Mecklenburg Schools is introducing a school bus tracking app this fall to allow parents to receive real-time updates as well as video cameras inside all buses, reports the Charlotte Observer.

The school district is also operating a record 1,078 school buses as student enrollment has increased. The school buses video cameras were installed on board for the first time, following a pilot program in the spring, reports WCNC.com.

Director of Transportation Janet Thomas told the newspaper that the cameras will verify student behavior issues as well as if school bus drivers are using cell phones while behind the wheel. But WCNC.com said the apps are not without controversy, as some parents expressed concern about the location of their children and the school buses being publicly accessible.

However, the report does not point out that most school bus locations apps are secure and require parent login or some other special access to download.

The technology rolls out in test runs on Monday in advance of school start on Aug. 28.

As far as how the nationwide driver shortage is affecting CMS, Thomas told the Charlotte Observer that she still has 35 driver positions to fill, but the district’s lead drivers and substitutes are filling in while recruiting efforts continue.