Driver distraction is said to be the underlying issue for the increase in the number of stop-arm violations occurring nationwide. It takes a long time to change a type of behavior. It takes even longer when the owner of the behavior isn’t aware their behavior must change. Some experts say the situation is even worse, that we’ve gone beyond driver distraction into a mode where we are less concerned about observing rules and regulations. We’ve stopped caring.

That generalization doesn’t refer to the outcome―keeping children safe is something we all care about. But the behaviors that cause the risk and the tragic results: if we have become less rule/regulation-conscious, how do we protect students?

We Have to Come at the Issue from Multiple Directions.

The answer is multi-pronged. Education, awareness and accountability remain an integral part of the solution, and so too is innovative, proactive technology. These approaches are all necessary for short-term as well as long-term driver behavior change. However, when we talk about the injury or death of one more child being one child too many, the key to keeping this one child safe today is proactive technology.

The numbers of daily and annual violations based on the results of this study are staggering. Ongoing awareness and education for the driving public and students helps continually reinforce expected behaviors to the point where they become ingrained. But as this approach has a longer uptick, keeping students safe today in the face of these increasing numbers requires a completely new approach.

Technology like Safe Fleet’s Predictive Stop Arm™ uses radar and predictive analytics to monitor oncoming vehicle traffic for probable stop-arm violations. The Predictive Stop Arm (PSA) aids bus operators in not initiating a stop if the system deems a violation is likely and alerts both the bus operator and students of potential risk—students are alerted to stay back, through speakers mounted on the outside of the bus. 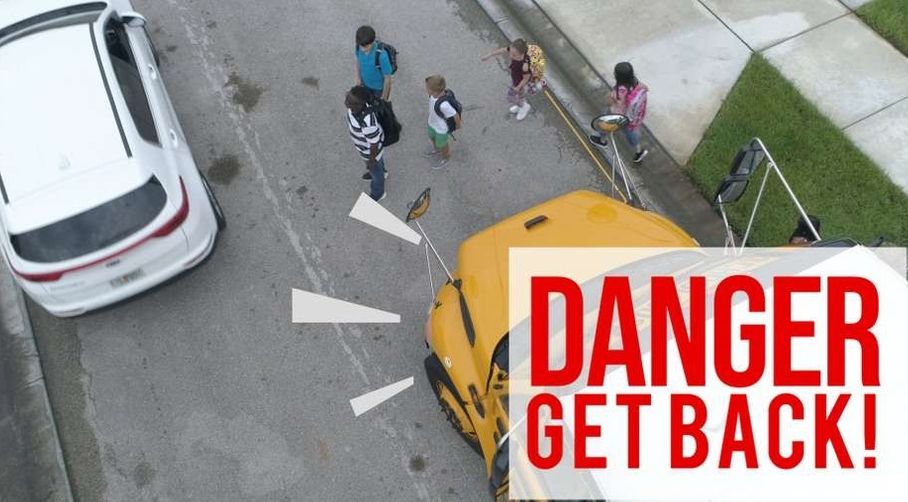 The Predictive Stop Arm (PSA) can be an effective tool to keep students safe even as the number of stop-arm violations increases. Other products in the market, including lighting, cameras, and extended stop arms, can have a longer-term impact, but do little to reduce risk in the short-term. The PSA, however, is poised to deliver increased student safety the same day the system is installed.

Ongoing awareness campaigns and technology are also part of a long-term approach to reducing both the number of stop-arm violations and risk to students outside the bus. The focus here is still on keeping students safe today, but there would also be a concerted effort to alter driver behavior for the greater long-term good of students and the motoring public.

In this case, awareness and education campaigns and advanced technology like the PSA would also be coupled with a stop-arm camera solution. The stop-arm camera captures an image of the license plate on each vehicle that illegally passes a stopped school bus, for the purposes of issuing citations after-the-fact. It’s the addition of the stop arm camera that effectively addresses the potential lack of concern for rules and regulations and those drivers who are fuzzy about the rules of the road. Fines and the risk of a rescinded driver’s license provide much-needed additional deterrence of unwanted driver behavior.

We should not overlook that—while the combination of awareness campaigns and products (like increased lighting and extended stop arms) that provide a form of notification to oncoming motorists and Stop Arm Cameras have the long-term potential to dramatically reduce the number of stop-arm violations occurring year over year—we can never account for the truly distracted motorist, or those under the influence.

This group, representing a smaller percentage of stop-arm violations, poses the most significant and ongoing risk to students outside the bus. Further still, the behavior of this group cannot be addressed through education, advocacy or any other safety product. The PSA is the only solution in the market that reduces the risk attributed to the behaviors of this sub-set of drivers.

How it all Works Together

Public awareness and training campaigns to help educate the public and students alike would remain a constant practice: covering both best practice announcements and warnings of citations when laws are broken.

The ultimate goal is an environment in which a stop arm violation is an infrequent occurrence. In the event a passing motorist doesn’t stop, students will be notified and alerted to stay back and not cross the street. If the passing motorist continues to pass the stopped school bus, the license plate of the passing vehicle is captured for a citation.

The most effective, comprehensive approach to reducing risk to students from stop-arm violations and curbing unsafe behavior that stems from distraction, a lack of awareness and/or a disregard for the rules then is an approach that encompasses three measures:

1. Education and Awareness
We must continue to take every opportunity to train and refresh ourselves and those in our communities, on safe driving best practices and our state driving laws, specifically those related to sharing the roads with school buses.

2. Advanced Technology
Research and invest in advanced technology that proactively and immediately helps to keep students safe in the face of increasing driver distraction and lack of concern.

3. Accountability
Implement products that aid in driver accountability to further prevent ongoing instances of illegal pass-bys, whether from distraction or lack of concern.

Safe Fleet has a vision to reduce preventable deaths and injuries in and around fleet vehicles, with a goal of ZERO accidents. Learn more about Safe Fleet’s Predictive Stop Arm and Stop Arm Camera solutions.