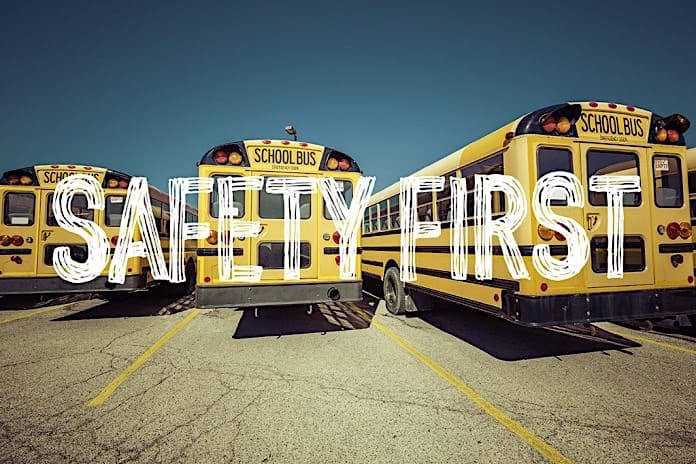 A bill that would make Kansas the seventh state in the country with legislation requiring school bus seat belts has received mixed reactions.

April Brenner, a mother, urged the House Transportation panel to consider the benefits for child safety.

“I’m certainly not the first parent to ask the question, ‘Why don’t our children have to wear seat belts on the bus?’” Brenner said in written testimony. “It is a state law that all drivers and passengers have to wear a seat belt in their vehicles.”

It touted the safety of school buses, adding that “seat belts on newly purchased school buses will only enhance the protection of Kansas’ students, especially in cases where a rollover or side impact crash could occur.”

Skeptics of the bill said school buses are designed to protect students through a concept called compartmentalization, in which high, padded seat backs help shield children from the impact in a crash.

“Would added seat belts make buses safer?” said Mike Folks, superintendent of a Kansas school district, adding that it depends on the type of crash.

Other districts have raised similar concerns in its testimony, one going as far as stating: “While we understand the goal is to provide additional safety for students, it remains unclear as to whether seat belts might delay safe and timely evacuation if needed.”

State lawmakers in Washington, like the Sunflower State, are also considering a bill to require school buses to be fitted with seat belts.

The state Senate Transportation Committee held a public hearing for Senate Bill 5054 that would mandate that all public and private school buses purchased after the bill takes effect have a safety belt for each rider.

If passed, Washington would join California, Florida, Louisiana, New Jersey, New York and Texas who have existing variations on seat belt laws for school buses, according to the National Conference of State Legislatures.

Just over a dozen of other states have introduced similar legislation regarding seat belts on school buses in the 2017 sessions.

According to the National Highway Traffic Safety Administration, approximately 23.5 million children use school buses to get to and from school and school-related activities. On average, six school-age children die each year in school bus crashes as passengers.

The New Jersey State Senate voted almost unanimously to install outward-facing cameras on every school bus in the state.

Soon enough, passing a bus illegally while it’s stopped off-loading kids could result in a camera automatically snapping a picture of your car and a ticket being mailed to your address.

“The problem is a bus driver who is paying attention to the children getting on and off the bus. When someone blows past that school bus, the potential of them getting a license plate is next to nothing,” he said.

But not everyone is on board. Assemblyman Declan O’Scanlon called the bill “a disaster.”

“The only thing this bill does is open the door to automated enforcement,” he said, calling it “government-sanctioned theft masquerading as concern for our children.”

The bill would increase fines for drivers who illegally pass a school bus. Currently, the penalty is $100 and up to 15 days in jail. The bill proposes a fine of $300-$500 and five points on your license.

An Ohio elementary school bus driver was suspended for 15 days after he left a special needs student on his bus.

But Chesapeake Union school district Superintendent Jerry McConnell said the mother of the student told him she hopes the driver gets less punishment, not more.

The mother, McConnell added, said the bus driver was always kind to her and her son, and even remarked sometimes these things happen, so she didn’t want him to be fired or disciplined too severely.

He’s unsure about the exact sequence of events, but believes the mother called in about her son to the elementary school, who then radioed to the transportation department simultaneously as the boy was found by another bus driver.

McConnell said that second bus driver took the boy home. The original driver went over immediately to talk to the mother.

That bus driver, whose name is not being released, was suspended for 15 days without pay, with more punishment possible to be considered at the next school board meeting.

McConnell said the boy, who fell asleep, was left on the bus for about 15 minutes.