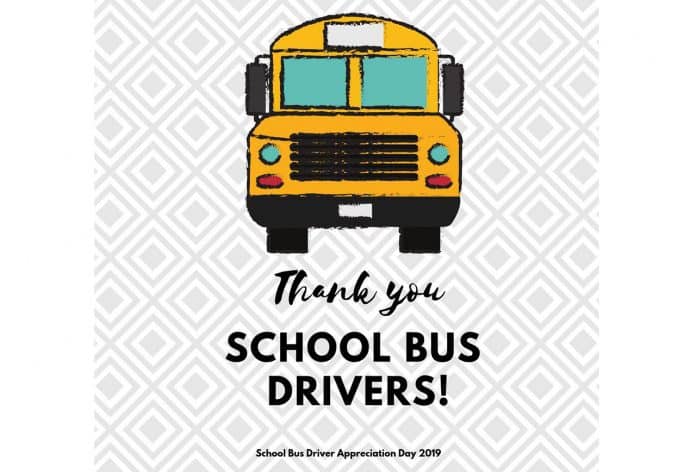 For the third consecutive year, Gov. Tim Walz signed a proclamation declaring a day in February as School Bus Driver Appreciation Day. This year, the designated day was Thursday.

“We transport over 760,000 students every day in Minnesota and the people who do that are unsung heroes,” said Derrick Agate, Minnesota Association of Pupil Transportation president and transportation supervisor for Hopkins Public Schools.

The day serves as a reminder of all the hard work that bus drivers perform every day. A majority of mainstream news stories reflect something negative about school buses and drivers, but this day serves as a positive reminder to appreciate everything they do, Agate said.

“The day came about three years ago, when we were looking at ways to recognize drivers and send a positive message out for drivers,” Agate explained. “We wanted every district in the state to do something special for their drivers on that date.”

This year, the day focused on creating awareness and draw attention to the number of motorists that illegally pass stopped school buses. “760,000 reasons why” was designed as a safety campaign for the public, to remind them that illegal passing is not only punishable by a fine bus, but they also could potentially kill a child.

“We wanted to put a safety message around for the state and the public and say, ‘Hey, passing a school bus is illegal, you will get a fine for it and at worst, you could potentially kill a child for no other reason than you were in a hurry,’” Agate added.

One way that Hopkins Public Schools created awareness was by creating ball caps for their bus drivers to wear. The front of the cap reads, “Stop for school buses when signals are flashing.” The back says, “760,000 reasons why.”

School districts and contracts state-wide created their own events and found ways to celebrate school bus drivers in their region.

Mayor Kevin Voracek of Faribault, Minnesota, sponsored the day in his city because issue hits close to home.

Voracek told STN that his family has been involved with the school busing industry for the past 60 years and his dad is currently a part-time school bus driver.

“It’s important to me and my family. When it was requested by the local transportation company, I was all on board for it,” Voracek said.

It’s #BusDriverAppreciationDay, and we have an incredible crew! Thank you Cmmr of Ed @mcricker for sharing our excitement this morning! “You are a very big deal to these kids,” she told our drivers. We couldn’t agree more! Thank you, District 196 bus drivers! #196Pride pic.twitter.com/iRHFCDGvH1

School districts throughout the state are participating by holding ceremonies and presentations. Some districts are passing out student handwritten notes to bus drivers, while others are providing their drivers with treats.

In addition, the I-35W bridge in Minneapolis was lit yellow in recognition of School Bus Driver Appreciation Day on Wednesday evening and Thursday morning.

“I had a principal tell me, ‘There are two things for sure that a student will talk about: The bus ride and recess.’ Everything else they will forget, but they don’t forget those two things. So, that says a lot,” Agate concluded.