HomeBlogsReflection on Fox River Grove: What it Means Today
Blogs

Fatal train-school bus collision near Chicago reminds student transporters of the need to share information on route hazards with drivers.

I was in Orlando, Florida, attending the National Association of Pupil Transportation (NAPT) conference and trade show, ready to attend my first National Association of State Directors of Pupil Transportation Services (NASDPTS) meeting. At that time, the trade show was Tuesday afternoon and Wednesday morning and NASDPTS meetings began Thursday at noon, continuing through to Saturday.

On Wednesday morning, Oct. 25, during the trade show, word of the Fox River Grove crash started to trickle out among attendees. A school bus full of kids had been hit by a train in a northwest suburb of Chicago. At that time, I had been the state director, for North Carolina for just a few months and didn’t truly realize the impact that this incident would have on pupil transportation.

As it turned out, the driver of the school bus that day was not the regular driver for that route. The regular substitute driver was also not available. The bus was being driven by an assistant transportation supervisor — very well trained, but who did not know details of this particular route. The noise from the students was significant, like on many bus routes. At the crossing in question, she pulled up to the tracks, opened the door, looked down the tracks, and listened. Nothing.

Then, the driver thought she needed to cross the railroad tracks and sit in the queueing area in order to trip the traffic signal from red to green. However, she had no idea that this was not the case. So, she closed the door and crossed the track. Tragically, the bus would not fit between the tracks and the stop line at the traffic signal. The rear-most portion of the school bus overlapped the train tracks. 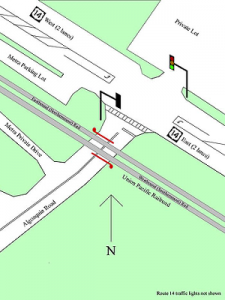 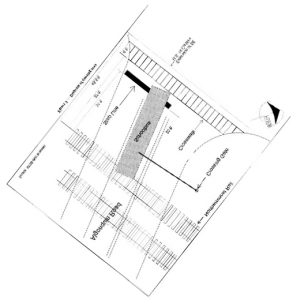 The commuter train approached and sounded its horn. Students on the bus saw it coming, started screaming, and tried to run toward the front of the bus, their sounds were muffled to the driver, somewhat due to the FM radio playing through the speaker adjacent to her. Seven students lost their lives that day.

During its investigation, the National Transportation Safety Board (NTSB) identified problems with the interconnection between the railroad track and the traffic signal. The traffic signal, upon detection of an approaching train, should have automatically turned green in time for the bus to clear the storage area. It didn’t.

Let’s return to what the driver knew — or didn’t know. A recommendation from the NTSB was that school districts should identify route hazards and make drivers aware of these hazards.

One of the initiatives that we took in North Carolina as a result of the Fox River Grove recommendations was to work with Edulog, our statewide routing software vendor, to make sure that we could provide information to drivers once those route hazards were identified. This includes things like a blind curve, a railroad crossing, a one-lane road, etc. It sounds so basic, but if you are driving a route for the first time, this information is essential, and printing those hazards on a route sheet is helpful.

NASDPTS published a report in 1998, “Identification and Evaluation of School Bus Route and Hazard Marking Systems,” that is as relevant today as it was then. But it takes time to train and involve drivers so that route hazards can be documented.

Today, many districts are presented with a unique opportunity as they are still in the midst of an extended period of virtual instruction and school buses are not running regular routes. Drivers could be asked to run and review their routes and document route hazards. I understand that it takes time to document route hazards. I understand it takes time to train school bus drivers about the need for this and to explain the goal of gathering that information. But the NTSB recommendation is still valid.

My challenge is this. When districts are looking for opportunities to train drivers, or to pay drivers to do relevant activities, include a route hazard documentation task as part of these activities. That likely means drivers need to go out and run their routes looking through a different lens. The route hazard lens. But it will be time well spent.

It’s really not that hard to paint an appropriate picture for that purpose. “What would you tell a sub that is driving your route?” It may have to do with bus stops, roadways, travel paths — even circumstances about neighbors and animals near a bus stop. All of these help the driver do a better job.

More so, however, identifying some of these hazards and sharing that information with the person driving that route today can make a difference between life and death. Let’s not allow the 25-year time span to create a false sense of security. Plan, train, document and implement. It’s all about safety.

Derek Graham is a retired section chief of transportation services with the North Carolina Department of Public Instruction as well as a former president of the National Association of State Directors of Pupil Transportation Services. He is currently an industry consultant and can be contacted at derek@dgrahamconsulting.com.

Students Need School Bus Air As Clean As in Their Classroom

U.S. Treasury Expected to Open CERTS Portal by End of May