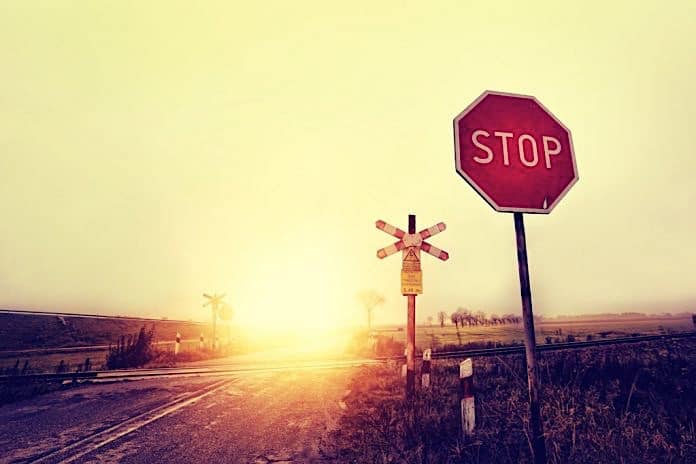 The first day of school after the holidays was a sad one for Larimore Public Schools #44 in the northeast part of North Dakota as a school bus driver and a high school student were killed and 12 other students were injured after a collision with a freight train.

Highway Patrol spokesman Lt. Tom Iverson told STN that the collision occurred at approximately 3:39 p.m. a half-mile east of Larimore, which is located about 30 miles due west of Grand Forks. Iverson said the Larimore school bus was traveling north on a gravel road when it came upon an intersection with a railroad crossing controlled by a stop sign but no crossing gates. Danner tried to stop but the bus skidded on the gravel, coming to rest with the front part of the vehicle resting on the tracks. The westbound BSNF freight train then struck the bus at the right-front position.

The visibility was clear and weather was not a factor in the collision, Iverson added, and he said it was unknown if the BSNF conductor and engineer had time to even brake before striking the bus. He characterized the collision as happening “very fast,” indicating that the school bus came upon the railroad crossing suddenly and that the BSNF employees may have had little time to react.

Iverson said it was too early to comment on the health of school bus driver Danner or toxicology results from him or the train conductor and engineer, but he added there was no suspicion of drugs or alcohol being factors at this report.

Dr. Roger Abbe, superintendent at Larimore Public Schools, told STN that Danner was a 20-year veteran bus driver and also taught agriculture, mechanic and carpentry classes at the local high schools. Abbe added that Danner was one of it not the safest driver the district had.

Abbe would not comment further on the incident, pending a final investigation report filed by the Highway Patrol. He did say that adult monitors were riding on each of the district’s seven routes this week to help students and other drivers cope with the tragedy.

Don Williams, the new state director of student transportation at the North Dakota Department of Public Instruction, told STN that he requested the Danner’s most recent training and certifications from the district.

Sad to report this: fatal #schoolbus and train collision this afternoon in #Larimore #NorthDakota http://t.co/mBkMvy5a62