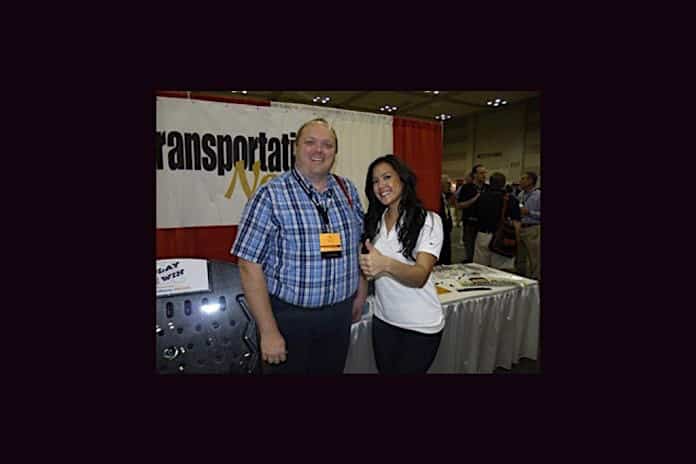 When the 22nd Transporting Students with Disabilities and Preschoolers National Conference (TSD) kicked off this past weekend, in attendance was a long-time student transporter who is quite familiar with School Transportation News and the magazine’s STN EXPO Conference held each summer in Reno, Nev.

But he’s a novice when it comes to TSD, held March 8-13 in Frisco, Texas. And so were about 60 percent of the nearly 300 total attendees at this year’s conference.

Rex Squires will experience the event firsthand as he took advantage of winning a drawing at the NAPT Summit Trade Show last fall, with the grand prize being conference registration, airfare and hotel. In actuality, he won an all-expenses-paid trip to the 20th STN EXPO this July, after his name was randomly drawn during the “Plinko” board game that NAPT attendees played at the STN booth. Squires said he enjoys going to the EXPO every year, and in fact he’s been every year of its existence.

“Over the years, I have been very fortunate to have the support of my district for attending industry conferences,” he told STN earlier this year. “I love to attend and see different ideas and examples that I can consider for implementation in my district.”

But TSD was always a little too far to travel. So, when he won the trip to Reno, he petitioned STN to use his voucher for Frisco, Texas, instead. We at STN like to grant wishes, so Squires was in attendance along with about 300 of his peers nationwide.

Squires got his start in the industry in 1985 as a school bus driver while attending Boise State University.

“I scheduled my college courses in the middle of the day between my (morning) and (afternoon) routes,” he recalled. “After the take-home routes, I had time to do homework.”

And he also assisted with part-time driver training and dispatcher duties. Busy man.

“It is a much smaller operation (22 routes) than what I was used to in Boise (105 routes).  However, being in a smaller district gives the opportunity to wear more hats more often,” said Squires. “Now, I’m associated with parts of everything: driving, training, dispatching, maintenance, administration, CDL testing, special needs, etc.”

Those responsibilities make attending national and state conferences all the more important to him.