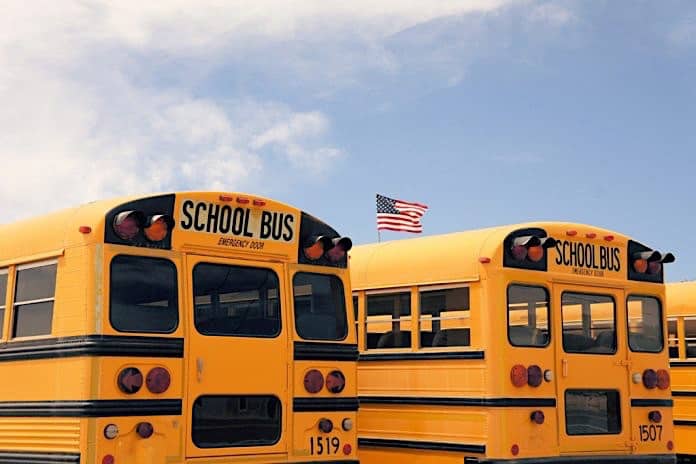 In what could be only labeled as going beyond the call of duty, two Fairport Central School District bus drivers were in the right place at the right time to save a homeowner and his dog from a rapidly advancing fire.

The two heroic bus drivers, Suzi Nannini and Liz Guchone, were out on mandated safety testing when they witnessed a fire starting at the corner of an attached garage of a local residence. The drivers also noticed that the cars parked in the driveway had disabled stickers.

Nannini immediately left the bus and began knocking on the front door, but could not rouse the resident inside. Meanwhile, Guchone honked the horn and alerted the dispatch office to call 911.

The resident and his dog emerged from this potential tragedy unscathed. Incidentally, it was the emergency responder sirens that awakened the homeowner as the blaze was put out. The owner, along with his dog, was reportedly unaware of the events underway.

Fairport is a village outside of Rochester, New York, in the eastern portion of the state. It is known as the “Crown Jewel of the Erie Canal,” and named as one of the “Best Places to Live” by Money Magazine in 2005.