NASDPTS Shares Correct Use of MDTs on School Buses 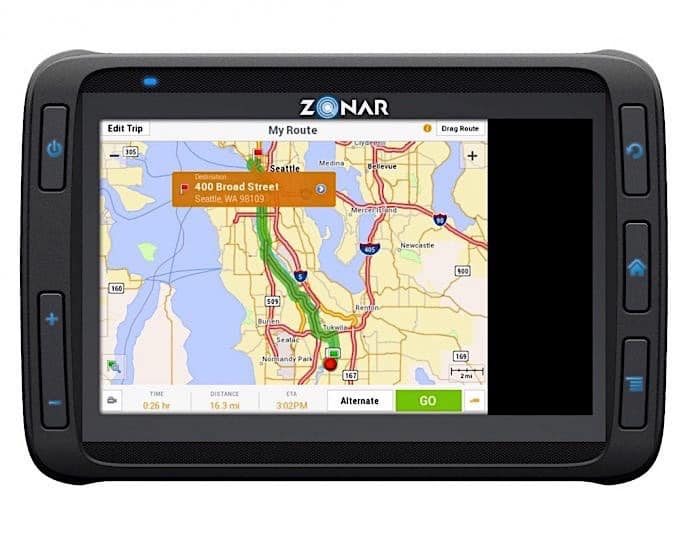 The National Association of State Directors of Pupil Transportation Services Annual Conference featured a discussion on National School Bus Specifications and Procedures guidelines as well as real-world experience on the correct usage of tablets and Mobile Data Terminals (MDTs) on school buses.

MDTs can include tablets or even smartphones, both of which are allowed in the Iowa school bus specs. Christenson opened by reviewing basic principles for MDT use in school buses that he said, “I think we can all agree on.” These include ensuring that MDTs are secure and do not obstruct the driver’s vision, serve as a tripping hazard for kids, or present a distraction.

He acknowledged that audio-only navigation systems can be confusing, but ones with video can be distracting. However, he made the point that a lot of people, including himself, are visual learners. Many attendees confirmed that they were as well.

Lecker, who uses MDTs in school buses as transportation manager and district safety officer for Longview Public Schools in Washington state, confirmed that NCST guidelines allow technology that provides audio and visual navigation while the bus is in motion. Christenson said that the NCST will include further guidelines in the 2020 manual.

Additionally, Lecker noted that districts considering the use of such technology should remember that they will “need someone managing that software.” A representative from Transfinder in the audience made the related point that, “It’s an expensive enterprise for most school districts to maintain that amount of data.”

Zmrazek shared that Wisconsin has “open and reasonably flexible” tablet and MDT policies. Both she and Christenson cautioned that they should be placed carefully so as not to obscure the driver’s vision.

Indiana currently forbids video from playing while the bus is in motion, but Sgt. Kath shared that he working on getting that changed. In areas that use MDTs, he said, parents like the student tracking functions while transportation management likes the electronic driver timecard capabilities.

David Koskelowski, state director for Wyoming and NCST steering committee chair, reminded everyone of a national specification which says that loose equipment special needs students bring onto the bus must be secured to something that is five times the weight of an object. He said that Wyoming had expanded that guideline to apply to any loose object in the bus. He agreed with Christenson that Velcro would be an acceptable securement method for tablets or MDTs in a school bus.

The panelists agreed that drivers are asking for tools, that technologies like tablets and MDTs are here to stay, and that they have many benefits. They prevent problems like paper route instructions blowing out the window, as Christenson said happened to a driver he knows.

“I don’t want our industry to get into a situation where we’re not looking at new technology out of fear,” added Sgt. Kath.

Derek Graham, the retired state director of North Carolina, noted that these developments reflect the need for rules and regulations to be revisited because of the rapid pace of technology.