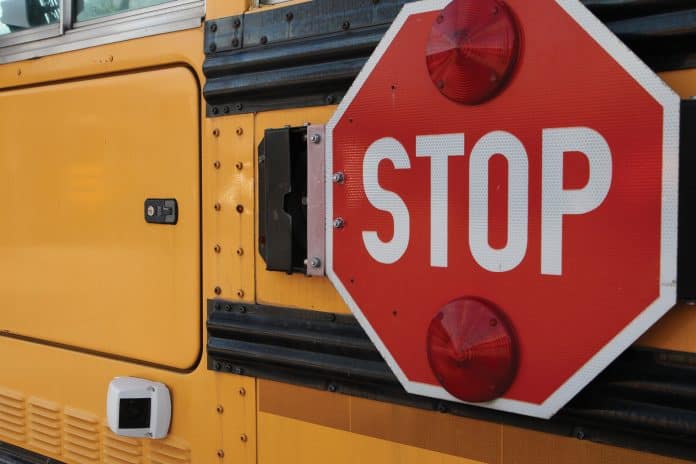 Starting this fall, motorists in the Sooner State who illegally pass stopped school buses face the possibility of being captured on video. Oklahoma is the 18th state in the U.S. to enact such a law.

Gov. Kevin Stitt signed House Bill 1926 into law last week, days after both the Senate and House approved the measure. It amends Section 11-075 of Oklahoma’s motor vehicle code, to authorize school districts as of Nov. 1 to install and operate video monitoring systems installed in or on school buses. It also authorizes districts to contract with a private vendor to do the same.

HB 1926 also creates the “Cameras for School Bus Stops Revolving Fund,” to fund a grant program for school districts to install the recording equipment on school buses and to aid in identifying violating motorists. Grant applications will be considered on a statewide competitive basis.

Emails sent to leaders at the Oklahoma Association for Pupil Transportation have also not been answered yet.

The new law specifies “video-monitoring system” as being comprised of one or more camera sensors and computers installed and operated on a school bus that produce live digital and recorded video of an illegal passing incident. At a minimum, the system must produce a recorded image of the vehicle license plate, an “identifiable” photo of the driver’s face and the activation status of the school bus red loading lights or the federally mandated stop arm. The system must also record the time, date and location of the violation.

When the technology captures an illegal passing incident, “appropriate” school district personnel will extract the recorded video data, or image and submit it to local law enforcement for review. Law enforcement must then confirm a violation took place, and determine that the data contain sufficient evidence to identify the driver and vehicle.

The evidence will then be turned over to the local district attorney’s office for possible prosecution.

Motorists who are convicted of illegal passing will receive a fine of no less than $100. HB 1926 adds a special assessment of an additional $100, with 75 percent directed to the state’s stop-arm fund and the remainder going to the reviewing law enforcement agency.

Similar to most states across the U.S., Oklahoma requires other motorists traveling in the same or opposite lane to come to a complete stop when the school bus red loading lights flash and the stop arm extends. The exception in Oklahoma is when roadways are separated, or the bus stop is located on a controlled-access highway, where pedestrians are not permitted to cross.

Editor’s Note: An original version of this story incorrectly listed the number of current state laws in the U.S.