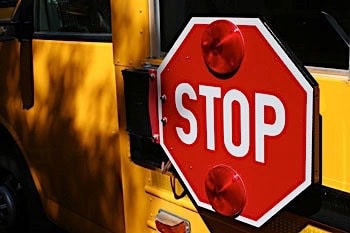 The deaths of three elementary school students and the injury to a fourth are aiding efforts to add Indiana to the list of states with laws that allow school districts to install external video cameras to capture motorists who illegally pass stopped school buses, reports AP News.

Rep. Jim Pressel said he was already working on legislation to add the stop-arm cameras when two 6-year-old twin brothers, Xzavier and Mason Ingle, and their 9-year-old stepsister, Alivia Stahl, were struck and killed early Tuesday morning as they crossed a rural, two-lane road to their waiting school bus.

Eleven-year-old Maverik Lowe was also struck by Alyssa Shepherd, 24, and sustained serious injuries. The Indiana State Police said he was in stable condition and is recovering.

The Hoosier State reported a single-day count of 3,076 incidents of motorists ignoring the red flashing lights and extended stop arm on school buses as they loaded and unloaded students earlier this year, which was part of the annual survey of illegal passers sponsored by the National Association of State Directors of Pupil Transportation Services.

Although that survey is voluntary for states and local bus drivers, about half of Indiana’s approximately 15,000 certified school bus drivers participated. That means that the number of illegal passers each day in the Hoosier State could be much higher. Nationwide, NASDPTS estimates that over 15 million illegal passing incidents occur each school year.

Meanwhile, no stop-arm camera bill has been filed at this report and a phone message left with a representative of Pressel was not returned.