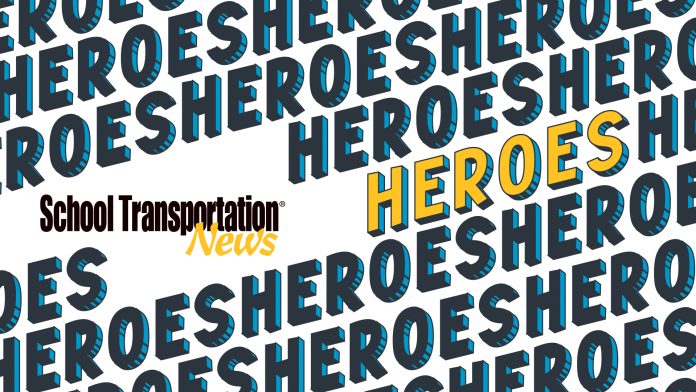 School bus drivers are responsible for transporting the nation’s most precious cargo to and from school daily, and these professionals rarely get the recognition they deserve.

School Transportation News issued a call to magazine and online readers this fall to nominate student transporters who have gone above and beyond the line of duty. STN editors reviewed the submissions with an eye for especially heroic actions performed by these employees during school bus operations.

STN received just over 40 nominations that shared insights of over 50 student transporters. STN editors chose several heroes to be profiled in the January 2020 magazine issue. But as all school bus drivers are heroes in one way or another, look for more stories online in the coming weeks and months.

In the meantime, browse the full list of nominees, below: