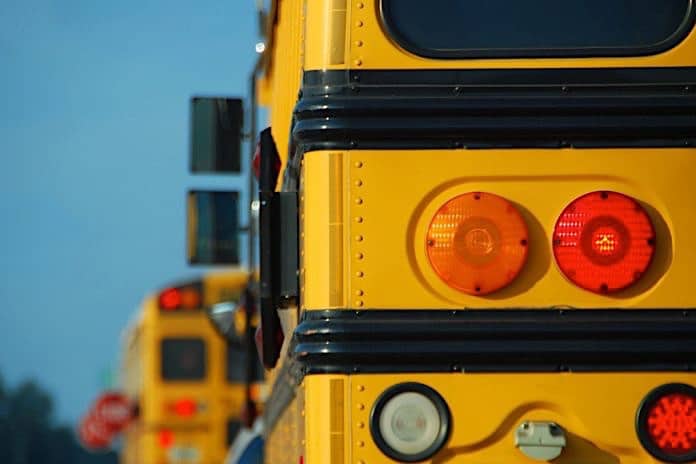 A 6-year-old boy in Farmington, Maine was hit by a pickup truck while crossing the street to his school bus on Monday, reported MNTW.

The student was crossing the street to board his school bus when he was hit by the truck. The local news report further stated that the school bus stop-lights, and ostensibly the stop arm, were not activated at the time of the incident.

The boy was reportedly taken to Franklin Memorial Hospital with a leg injury. However, he is said to be doing well.

It was further reported that the school district, Regional School Unit 9, will review all of its safety protocols following the incident. No charges were filed and the crash remains under investigation.