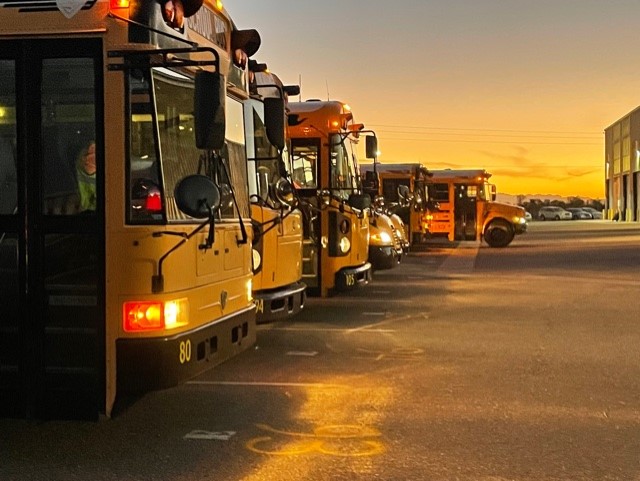 School buses, we know, are extremely safe vehicles. No other mode of transportation that gets students to and from school performs better. But as we also know, crashes can and do occur. Most of the time, the other vehicle and its occupants take the brunt of the impact. But every now and then, a school bus is involved in or even the cause of a horrific crash.

STN EXPO Indianapolis attendees last month witnessed first-hand the destruction that occurs at a mere 25 mph. (See Taylor Hannon’s article, starting on page 44.) School buses generally travel at slower speeds, largely in stop-and-go applications around town as they pick up and drop off students. But in more rural locations, school buses can travel upwards of 55 mph for longer stretches, making the vehicle construction vital to passenger and driver survivability in a crash.

Over three dozen of the 60 Federal Motor Vehicle Safety Standards apply to school buses, and several were written specifically for the yellow bus. Not one of them requires lap/shoulder seatbelts in school buses for a variety of reasons. Instead, the National Highway Traffic Safety Administration prefers to let individual school districts make those installation decisions. And an in-creasing number of student transportation operations are adding the occupant restraint systems. Last month’s event at IMMI’s Center for Advanced Product Evaluation punctuated that trend, as several attendees reaffirmed their desire for the three-point belts.

Meanwhile, crashes can also result in fires. For decades, opponents have cited potential fires as reasons why school buses shouldn’t be equipped with seatbelts. Advances in the technology, such as the force necessary to unbuckle, have rendered these concerns mostly moot. Still, you will hear them from time to time. With the ad-vent of electric buses, will those arguments gain steam once again?

Safety standards exist for fuel tank integrity for buses powered by traditional internal combustion engines. But to date, NHTSA has yet to publicly address electric batteries used in school buses. Even then, fires whether occurring in electric, diesel, gasoline or propane buses can occur as a result of a so-called “thermal event,” when heat at the wheel, engine or battery exceeds the maxi-mum operating temperature. As Art Gissendaner reports this month, much is being learned from several recent high-profile and costly electric-battery thermal events.

The culprit often has been the lithium-ion battery, resulting in the Federal Aviation Administration prohibiting them from being stored in airline cargo holds because of their combustible nature. While these head-lines could initially frighten the would-be electric school bus purchaser, it must be note that these batteries have improved in performance and continue to do so. Do risks remain? Most definitely. But the companies that manufacture the electric batteries in school buses and the buses, themselves are laser-focused on safety and training of their customers as well as first responders.

The bottom line is, these lithium batteries are safe with certain precautions in place. One OEM, a source told me recently, is refusing to allow school district or bus company customer mechanics to touch its electric school bus out of an abundance of caution. While these buses remain under warranty, any maintenance work is to only be performed by the certified dealer. I presume other OEMs are taking similar stances.

The point here, again, is not to scare but to educate. As with any new technology, plenty of trial and error exists. No matter any anxiety, believe it that battery and school bus OEMs, school districts and contractors that are working on these projects first and foremost want to make sure these vehicles are as safe as possible for student passengers, drivers and transportation employees alike. With all of the federal funding and national spotlight on school busing, the industry can’t allow something to go sideways.

Electric school buses are coming and in a big way. The World Resources Institute said last month that the number of committed ESBs nationwide, or those formally agreed to be purchased, has skyrocketed to 12,275 units, up from 2,000 units in January. Much of that has to do with a repower project partnership involving Midwest Transit Equipment and SEA Electric, not to mention the Clean School Bus Program rebates that are being awarded this fall. WRI also said there are now 415 school districts that are implementing ESBs.

Fires will happen regardless of the fuel or energy used. Thermal and energy management of battery-electric school buses has quickly become an issue that is every bit as important to protecting the safety of student passengers as keeping them secure in their seats during a collision.

Editor’s Note: As reprinted in the July 2022 issue of School Transportation News.