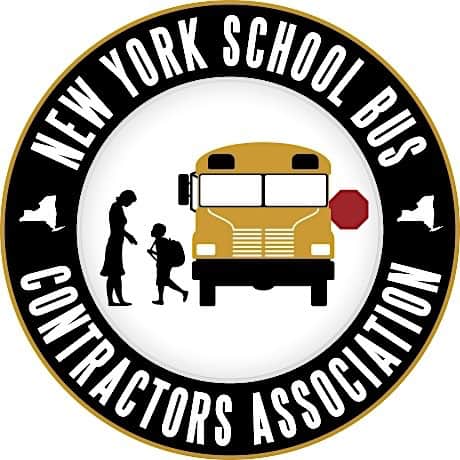 NEW YORK — The New York School Bus Contractors Association is renewing its call for budget initiatives that will help taxpayers and school districts save millions of dollars each year, along with the passage of school bus safety legislation that will make the ride safer for children who ride a yellow school bus to school and back each day.

In testimony submitted to the New York State Joint Budget Hearing on Education for the 2018-2019 Executive Budget, New York School Bus Contractors Association President, Bree Allen recommended that the legislature once again include a sales tax exemption for school buses and related items used for pupil transportation in the executive budget, a proposal that was approved by both the Senate and Assembly in previous budgets.

“Exempting school buses from the sales tax means school districts and the state of New York will no longer pay the sales tax as a portion of the pupil transportation contracts between school bus contractors and school districts,” said Allen. “The exemption will save over $7 million and allow the State of New York to put that money where it belongs—back into the classroom.”

The New York School Bus Contractors Association also supports Governor Cuomo’s proposal in his executive budget to increase the penalties for drivers who illegally pass a school bus, a proposal the association has actively supported for the better part of decade. In addition, the association is recommending driver education surrounding school bus safety.

“Although our industry works tirelessly to educate drivers on the dangers of illegally passing a school bus, it is clear that we, as a state, need to do even more,” said Allen. “For example, Assembly member Linda Rosenthal and Senator Elaine Phillips have a bill (AB 8565/SB 5974) that would educate New York drivers about the dangers of illegally passing a school bus by requiring a school bus safety component to the pre-licensing written test given by the Department of Motor Vehicles and mandate that there be at least one question pertaining to school bus safety.”

The Governor’s executive budget is also calling for the use of automatic-ticketing cameras on school buses, similar to the red-light cameras that have come under scrutiny in New York City and on Long Island. The New York School Bus Contractors Association recommends making improvements to the budget language, and should the initiative come to fruition, suggests a limited pilot program to demonstrate the system’s success or failure in addressing the very serious problem of illegally passing a school bus.

“Some contractors in our industry currently use stop-arm cameras, which do not produce automatic tickets, to record and report violations and then work with local law enforcement agencies to increase policing and enforcement in troubled areas,” said Allen. “Although the concept of automatic-ticketing cameras on school buses might be a logical next step, we have numerous safety, labor, liability, insurance, procurement, and cost concerns that would need to be addressed.”

Beyond the 2018-2019 fiscal year, the executive budget is also calling for a 2 percent growth cap on school transportation.

“While we, as industry work very hard to keep our costs at or below the Consumer Price Index for Urban areas (typically less than 2 percent) limiting the growth of a school district’s transportation budget to below the inflation rate would not be the most prudent means of attaining savings,” continued Allen. “There are years when our contracts with school districts include no cost increases at all, but there are also years when inflation is high, and in these cases, school districts will need the flexibility built into the current funding formulas.”

“We are not asking for an increase in spending for school transportation, instead we are providing the Legislature with our professional insights, opinion and smart budget options that will help control spending, and most of all, ensure we are able to provide the safest school transportation services possible,” concluded Allen.

The New York School Bus Contractors Association is an organization representing over one hundred school transportation companies, also known as school bus contractors.  The industry transports more than half of all the children who ride a school bus to and from school each day. The Association’s primary mission is to promote safe, reliable and cost-effective student transportation services for New York’s school children.  www.nysbca.com