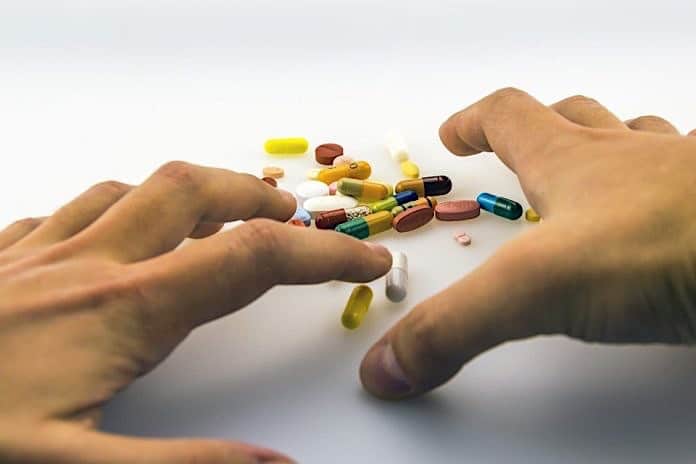 The legislation, known as S.2587 in the Senate and A.208 in the Assembly, was signed by Gov. Cuomo on Friday. The two houses passed their respective bills in June.

The law includes all school bus drivers, including the previously exempt drivers of small buses, in the pool of commercial drivers who are required to be subjected to drug and alcohol tests before being hired, and then randomly throughout employment. Additionally, districts and contractors are instructed to prevent employees from operating a school bus if that person’s conduct, appearance, or “other substantiating evidence” indicates they have consumed a drug, alcohol, or other controlled substance, within the past eight hours.

The New York Association for Pupil Transportation stated on Facebook that it supported and celebrates the passage of the legislation “that will enhance student safety, by enhancing and expanding drug and alcohol testing of school bus drivers.” They also cited “technical issues with the testing regimen” that was previously being used.

“We never want to explain to parents or to the public why a compromised bus driver had been given the keys to drive a school bus. That should never happen. We just helped ensure that it never does!” NYAPT Executive Director Peter Manella said.

“These measures were originally advocated by NYAPT, among other school bus safety organizations, following numerous instances of school bus drivers being apprehended for driving under the influence of alcohol,” an official statement explained. “The Association met with the sponsors to urge the introduction of legislation to close the gaps in testing and to make the rules more stringent for school bus drivers.”

“While many school bus contractors already have random drug testing in place on all of their drivers, this legislation closes a loophole by requiring all school bus drivers—public or private—be subjected to testing, no matter what class license they have or what size vehicle they operate,” said NYSBCA President Bree Allen.

“While riding a school bus is the safest way for a child to go to and from school each day, we must do more to ensure all our school bus drivers are adhering to the highest safety standards possible,” NYSBDA said in a memo that was distributed during the last legislative session.

A.208 and S.2587, Mannella said, “originated with the school bus industry, as we looked for ways to manage our internal controls and procedures more rigorously—even those mandated by the federal government.”

NYAPT added that the legislation reassures parents that their children are in safe hands, and reassures drivers that they are safely transporting the students in their care.

Reichenbach commended Gov. Cuomo and the state legislature’s “unwavering commitment to school bus safety by enacting this very important law.” He further elaborated that this legislation “was an industry-wide effort that began in 2013 and it would not have happened without the entire New York school transportation family working together.” 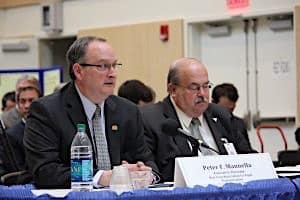 The discussion on getting this type of legislation developed and passed reaches as far back as May 2013, when NYAPT’s Mannella (pictured at right) spoke at a legislative hearing in Long Island on school bus safety and how to address the lack of random drug testing for certain drivers.

“Our Association’s leadership has worked on this legislation for more than five years,” said NYSBCA’s Allen. “The governor’s signature is a welcome acknowledgment that when school bus companies, school districts, transportation safety advocates, parents and teachers, all get together, our state government will work for that which is in the public’s best interest.” 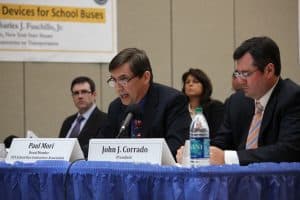 Two board members from the NYSBCA, Paul Mori of Huntington Coach and John Corrado, president of Suffolk Transportation Service (both pictured at left), also spoke at the May 2013 Long Island legislative hearing.