The Individuals with Disabilities Education Act, as amended, identifies 13 specific disabilities. They range from autism to orthopedic impairments to visual impairments.

Meanwhile, detailed information about the 13 disabilities can also be found at the National Information Center for Children and Youth Web site. Disability Fact Sheets and Briefing Papers cover the definition, incidence, characteristics and educational implications about each of the following conditions, plus more.

SAFETEA-LU: The reauthorization of the federal highway bill enacted in August 2005 added a provision (49 USC 30112) that outlaws the nation’s public schools from purchasing or leasing a non-conforming van for use in pupil transportation services. States may now lose federal highway safety funds if residing schools are discovered to be in violation. SAFETEA-LU expired at the end of September 2009, and Congress passed a half-dozen extensions to keep federal funding of state transportation and highway infrastructure funds flowing. A new reauthorization was expected by fall 2011.

Federal Law on Nonconforming Vans: 49 USC 301 that includes the outline of prohibitions on manufacturing, selling, and importing noncomplying motor vehicles and equipment.

School Bus Safety Act of 2001: Proposed law in the 107th Congress by Rep. Mark Udall (R-CO) to prohibit the purchase, rent, or lease, for use as a school bus, of a motor vehicle that does not comply with motor vehicle safety standards that apply to school buses, and for other purposes. The purpose of the law is to ban the use of non-conforming vans in school transportation use. Status: Enacted in SAFETEA-LU

By federal law in the Americans with Disabilities Act (ADA), a service dog or miniature horse (not a pony) is allowed access to any environment where a child with a disability is allowed access, such as schools, school buses, parks, doctor’s offices, restaurants, beaches, movie theaters, etc. And while the dog or miniature horse may go out on occasion without the child, the child does not go anywhere without his or her service dog. Time together solidifies the relationship, keeps skills sharp, and helps the child grow in life skills—time together is not only permissible but necessary.

What the Law Says

Highlights of the Final Rule to Amend the Department of Justice’s Regulation Implementing Title II of the ADA (5. Service Animals)

Organizations That Can Help

The late Melinda Jacobs, Esq. reviewed the following legal cases involving service animals on school buses during the 2016 TSD Conference in Louisville, Kentucky. Jacobs was an attorney based out of Knoxville, Tennessee, who specialized in special education law and authored Service Animals in the Schools: What Every District Needs to Know About the ADA Rules, published by LRP.

Alboniga ex rel. A.M. v. Sch. Bd. of Broward County, Fla., 65 IDELR 6 (S.D. Fla. 2015).
A federal court ordered the school district to permit a 6-year-old boy with multiple disabilities to bring his service dog, “Stevie,” to school. “Stevie” is trained to assist the child in the event of a seizure or medical emergency (lay across the child’s lap in case of a seizure; keep the child’s head up to prevent choking during a seizure);
during outbursts (providing sensory input to help calm the child); and to alert adults if the child experiences a medical crisis (activating a sensor mat, jumping on a mat to set off an alarm, going for help, or getting the attention of an adult). The school district required the parent to provide proof of liability insurance and an adult assistant to walk “Stevie” on bathroom breaks and to provide “handling” (the child is not capable of handling his own service dog). The parent objected to these requests and filed this lawsuit against the district. The court held that the school district was required to provide an adult handler as a “reasonable accommodation” for the child, and that the district could not require the parent to obtain liability insurance to hold the district harmless for any injury caused by “Stevie.” The court also reasoned that the child was “in control of” his service dog due to the fact that the dog was constantly tethered to the child’s wheelchair while at school (and even though the child was physically and mentally incapable of “handling” or “controlling” his service dog). The U.S. Department of Justice (DOJ) filed a “Statement of Interest” in support of the parent and child in this case.

E.F. by Fry v. Napoleon Community Schools, 65 IDELR 221, 788 F.3d 622 (6th Cir. 2015).
The Sixth Circuit ruled that the arguments made by the parents of a young girl with spastic quadriplegic palsy were “crucially linked” to her education, and must be exhausted under the IDEA prior to pursuing a federal lawsuit under Section 504/Title II. The parents of the child sought the right to have a service dog, a hybrid golden-doodle named “Wonder,” accompany their daughter to school. The school district argued that the child’s educational needs were being met with the provision of a 1:1 adult aide, and that the service animal was not necessary for the child to receive FAPE. The parents argued that the right to have a service dog accompany their daughter at school is guaranteed by Title II/Section 504, and is separate and distinct from their daughter’s rights pursuant to the IDEA. The court (2-1 decision) held that the arguments advanced by the parents in support of the service animal (to increase the child’s independence and mobility) were related to the provision of education services, and were subject to the IDEA’s exhaustion requirements.

C.C. by Ciriacks v. Cypress Sch. Dist., 56 IDELR 295 (C.D. Cal. 2011).
The court ordered the school district to permit a six-year-old boy with autism to bring his service dog, “Eddy,” to school. The dog was specially trained to calm the boy to reduce his self-stimulating (“stimming” or “stereotypic”) and aggressive behaviors as well as eloping. Even though the school district would have to assign an aide to learn how to issue commands to the dog, provide the dog with water, and tether/untether the animal occasionally, these concerns did not amount to a “fundamental alteration” of the program or services provided by the district. These functions/responsibilities were merely “reasonable accommodations” required by Section 504/Title II.

Gates-Chili Cent. Sch. Dist., 65 IDELR 152 (DOJ 2015).
A New York school district violated Section 504/Title II when it refused to provide “reasonable accommodations” to assist an elementary student with disabilities in handling her service animals. This student is nonverbal, and is diagnosed with Angelman syndrome, autism, epilepsy, asthma, and hypotonia. The child’s mother paid more than $40,000 over four years for an adult handler for her child’s service dog. The child was also provided with an adult aide by the school district, but this aide was not permitted to handle the dog. DOJ found that the district’s refusal to provide an aide to assist the child in handling her dog was a violation of law. This type of service constituted a “reasonable accommodation” that is required by Section 504/Title II.

Federal law protects students nationwide who lack a fixed, regular and adequate nighttime residence by requiring school district provide them a free, public education no matter where they have moved temporarily. It is called the McKinney-Vento Homeless Assistance Act, which was first passed in 1987 and has been revised several times since, most recently in 2002.

This law requires that school district ensure any student who becomes homeless during any given school year retains the right access to his or her school of origin, if that is in the student’s best interest, no matter where the student and his or her family or guardian seeks temporary shelter. This includes temporary shelters, hotels motels, trailer parks, campgrounds, foster homes, or children who are abandoned in hospitals. Other settings include children living in cars, parks, public spaces, abandoned buildings, sub-standard housing, and bus or train stations. McKinney-Vento states that children and youth are essentially considered homeless if their primary nighttime residence is a “public or private place not designed for or ordinarily used as a regular sleeping accommodation for human beings.” The law also applies to migrant children who qualify as homeless and “unaccompanied youth” who are not in the physical custody of a parent or guardian.

“The State and its local educational agencies will adopt policies and practices to ensure transportation is provided.”

The National Association for the Education of Homeless Children and Youth states that, once a student’s best interest is met in with regard to school of origin, and dependent upon the parent’s or guardian’s wishes, school districts are required to provide transportation services to and from that school of origin for the remainder of the given school year. The determination of best interest is a case-by-case, child-centered and individualized decision but the requirement to transport is unambiguous and unqualified. School districts, therefore, do not have the discretion of whether or not to provide transportation to the school of origin.

School transportation services for homeless students have widely become viewed as a related element of “special needs transportation.” Like with the transportation of students with disabilities, homeless transportation can be a very expensive operation for school districts, especially when ensuring transportation to a school of origin that could require long rides in school buses or other vehicles. Because all schools are bound by this law, districts are encouraged to enter into agreements with their neighbors to provide this transportation across city, county and sometimes even state lines. 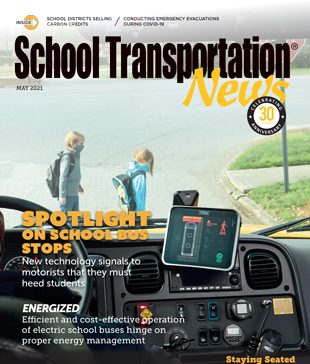 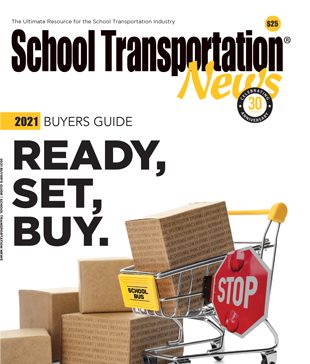