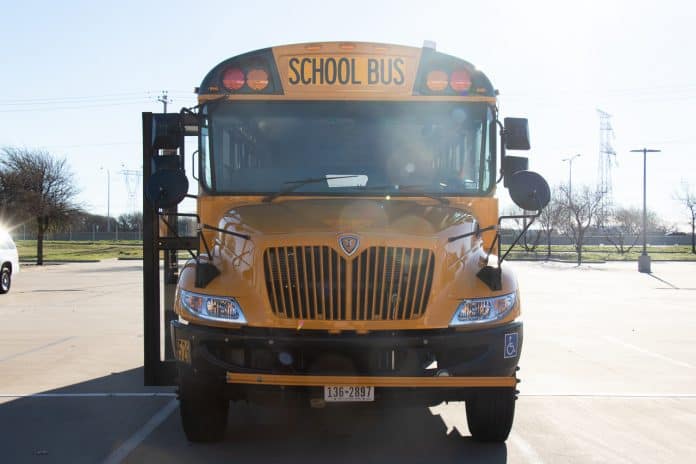 Let me start by introducing myself. I have been working for School Transportation News for about seven months now and I am attending my first TSD Conference. I don’t know what I was expecting, but it was certainly not this. The workshops I am attending are teaching me skills that could not only be implemented on the school bus, but also in life.

Attendee Steve Avery is going on his third year attending the conference and brings two new people with him each year to give them the experience. He said this is one of the best conferences he goes to and that it helps his special education department tremendously.

Along with Avery, Transportation Director Louis Garcia from Chicago came three years ago and is back this year.

“You don’t learn everything you need to know in one year. There are new products, new classes and new laws,” Garcia said.

While many attendees are experienced TSD Conference-goers, a good percentage are experiencing their first event this year.

I had the most eye-opening experience today while attending the TSD Roadeo this morning. There were no horses or cowboys to be seen, which I’m much more familiar with as a recent college graduate from the University of Wyoming—yet the drills were similar to those you would find at a Western-style rodeo. Teams came in twos—one driver and one attendant—and competed by completing a variety of different tasks that they are normally required to do while on the job.

The Roadeo brought people from all over the country, wanting to bring the challenges and obstacles back to their own states. A group from Alabama recorded its entire run on video, so they could show district officials and try to implement something similar in their state. Employees from Palm Beach, Florida watched on the sidelines, jotting down notes and gaining information, so they, too, could implement a roadeo back home.

So, here I am, sitting in the back of a school bus during the roadeo situational drill. One driver and one bus aide were on the bus, along with judges who were acting as special needs children. I have never been so stressed out, and I wasn’t even in charge of driving or keeping the kids quiet.

The actors were yelling and not listening to anything the bus driver or attendant said. They were jumping out of their seats, using vulgar language and being a complete distraction. Yet, both contestants remained calm and handled the situation the best they could.

The bus driver not only has to deal with such behavior on the school bus, but also has to concentrate on driving. In this instance, the driver had to maneuver around barrels, reverse between two ropes and practice a railroad crossing. At the end of the station, a real-life scenario was read to them, and the bus driver and aide had to quickly evacuate all of the “students” out of the back of the bus safely.

I was sitting there dumbfounded at the amount of patience and understanding that is required of a school bus driver.

On the way back to the hotel in the shuttle, I was talking to Frisco ISD bus driver Geoff Hemenway regarding my experience. Jokingly, he said he sometimes wishes he had an eject seat button.

So, I questioned why he did this—why he remained in this industry when driving students can be so tiring and hard? And to no surprise, he said it was because it’s his passion.

I have asked many people the same question: “What is it about this industry that keeps people for 10-plus years?” And over and over the answer stays the same. The family feel. The kids. The goal to keep school buses safe.

If there is one common theme at the TSD Conference, it is the aspect of “bleeding yellow.” People came from all over the country because they believe in children and the school bus. Some attendee’s flights were canceled due to the weather and yet they still drove the hours it took to get here. The passion at this conference runs deeper than anything I’ve seen before.

It’s truly humbling to be a part of such an amazing community of people.