Student transporters from across Iowa gathered in Des Moines this week to witness a test crash. Meanwhile, the State Board of Education is debating whether or not to approve the installation of lap-shoulder seatbelts on all school buses statewide.

The July 15 event at the Iowa Pupil Transportation Association Annual Conference was the latest to depict what can happen to unbelted students inside the school bus during a crash.

Last month at the STN EXPO Indianapolis, IMMI hosted a live crash test that launched a school bus off a ramp. The bus landed on its two left-side wheels and rolled for several feet before crashing into a concrete barrier and partially rolling onto its left side. Video taken of crash test dummies inside the bus will be aired by NBC News this fall.

Meanwhile, a vote on the Iowa seatbelt proposal has been scheduled for a public meeting on Aug. 1. Earlier this year, the proposed rule was discussed at a hearing of the Board of Education’s Administrative Rules Review Committee, and there has been a public comment period, reported WeAreIowa.com.

Tweets so far, commenting on the KCCI News broadcast (edited for grammar and clarity): 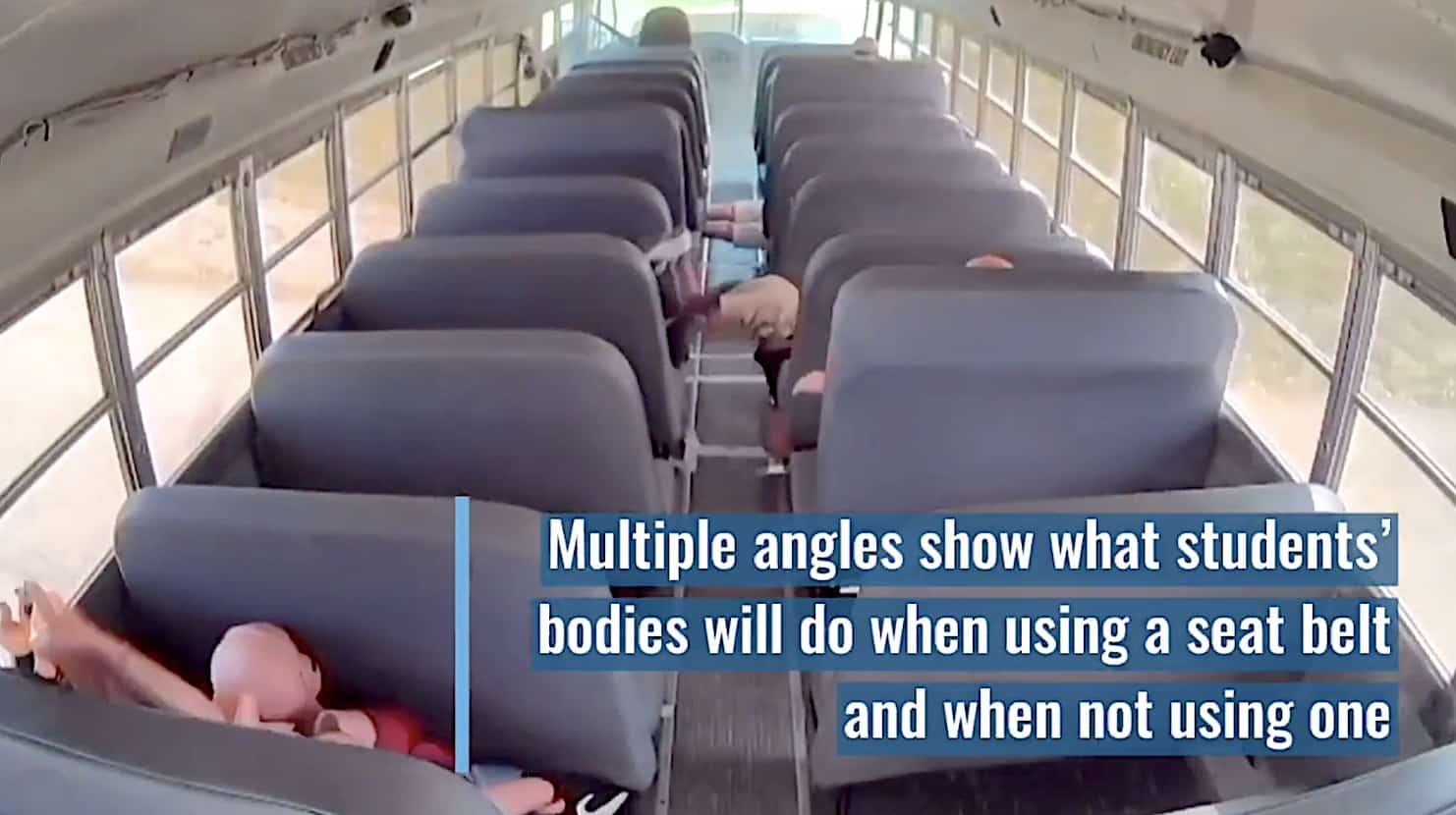 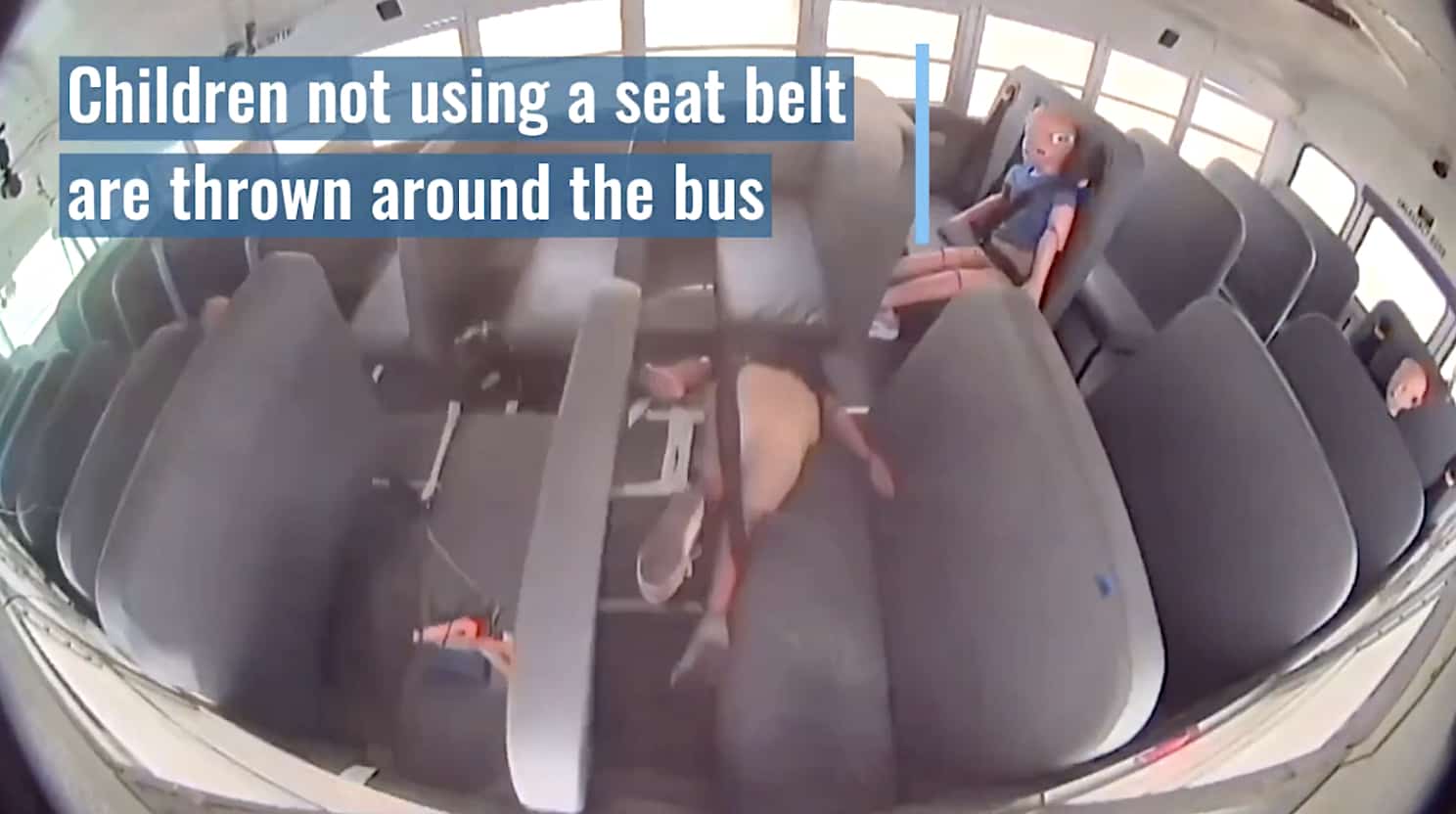 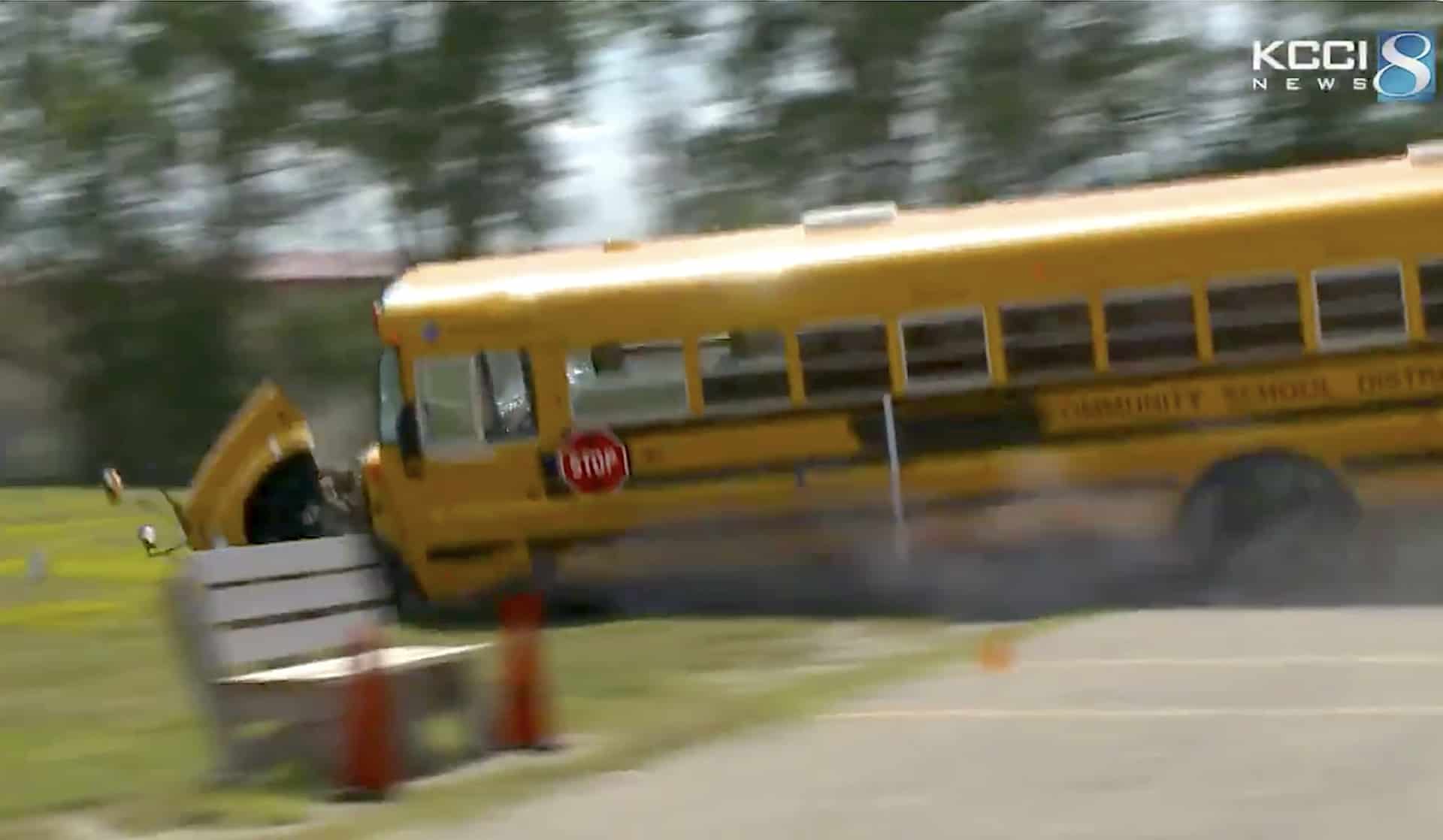 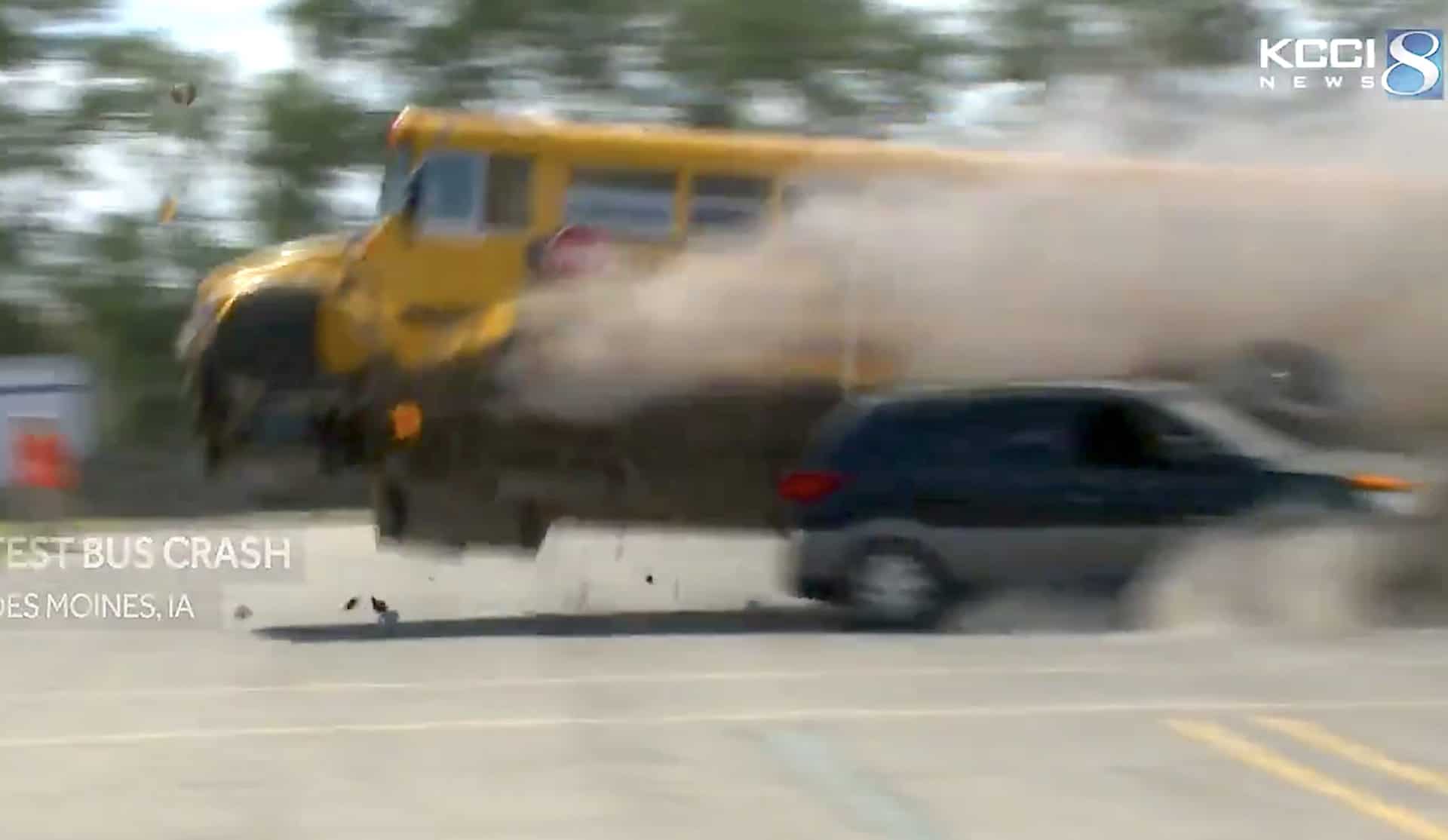 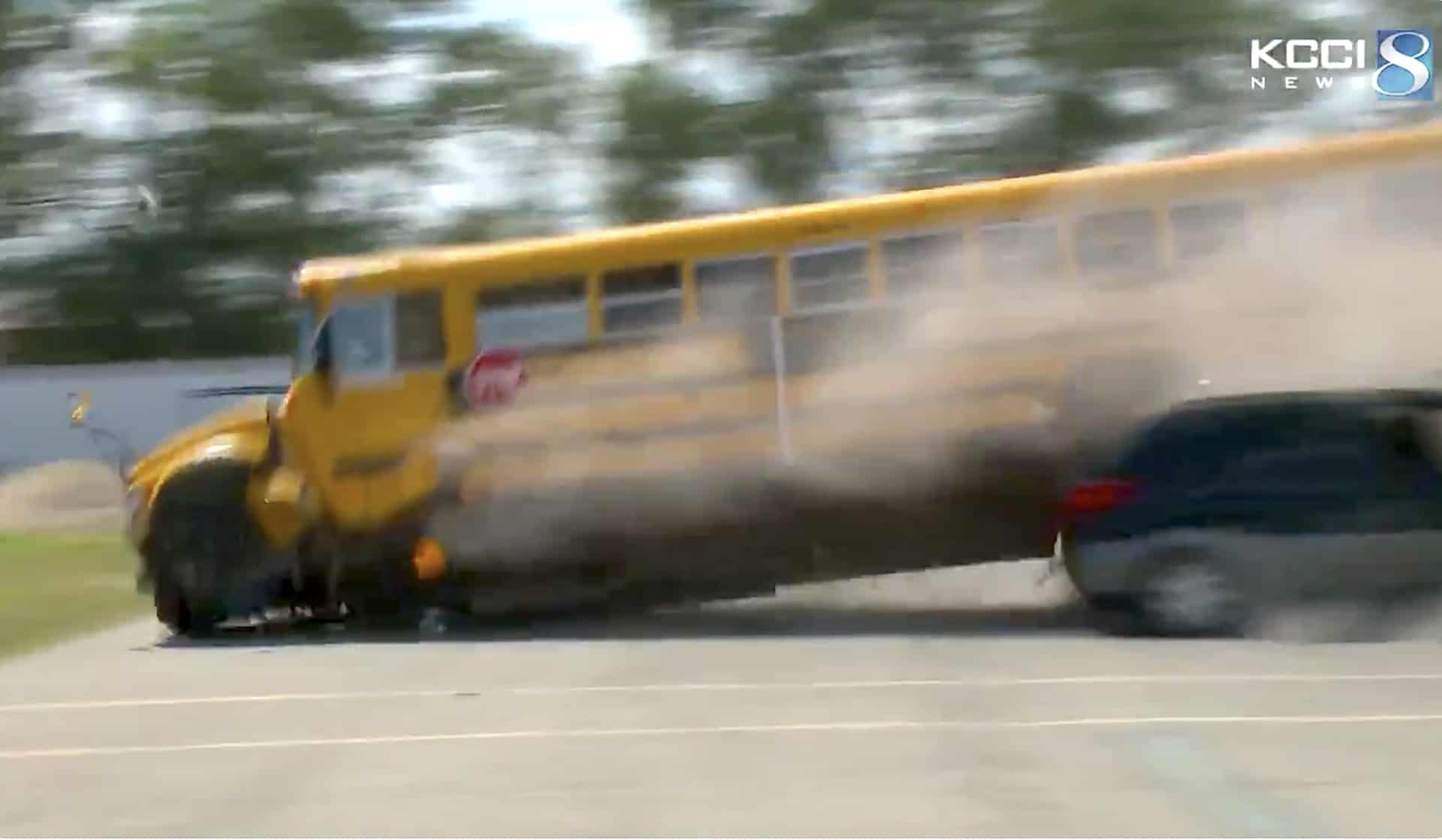 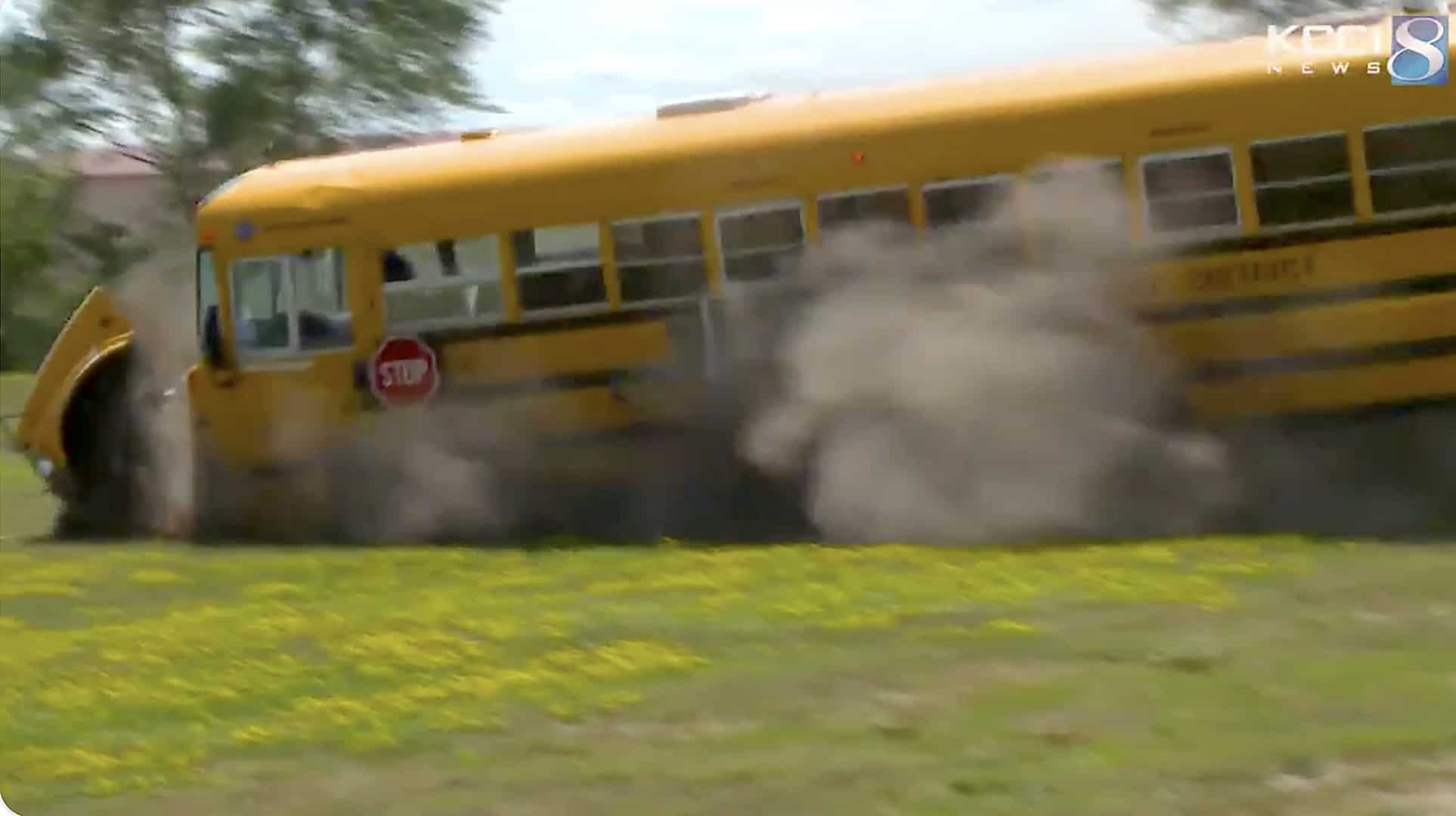 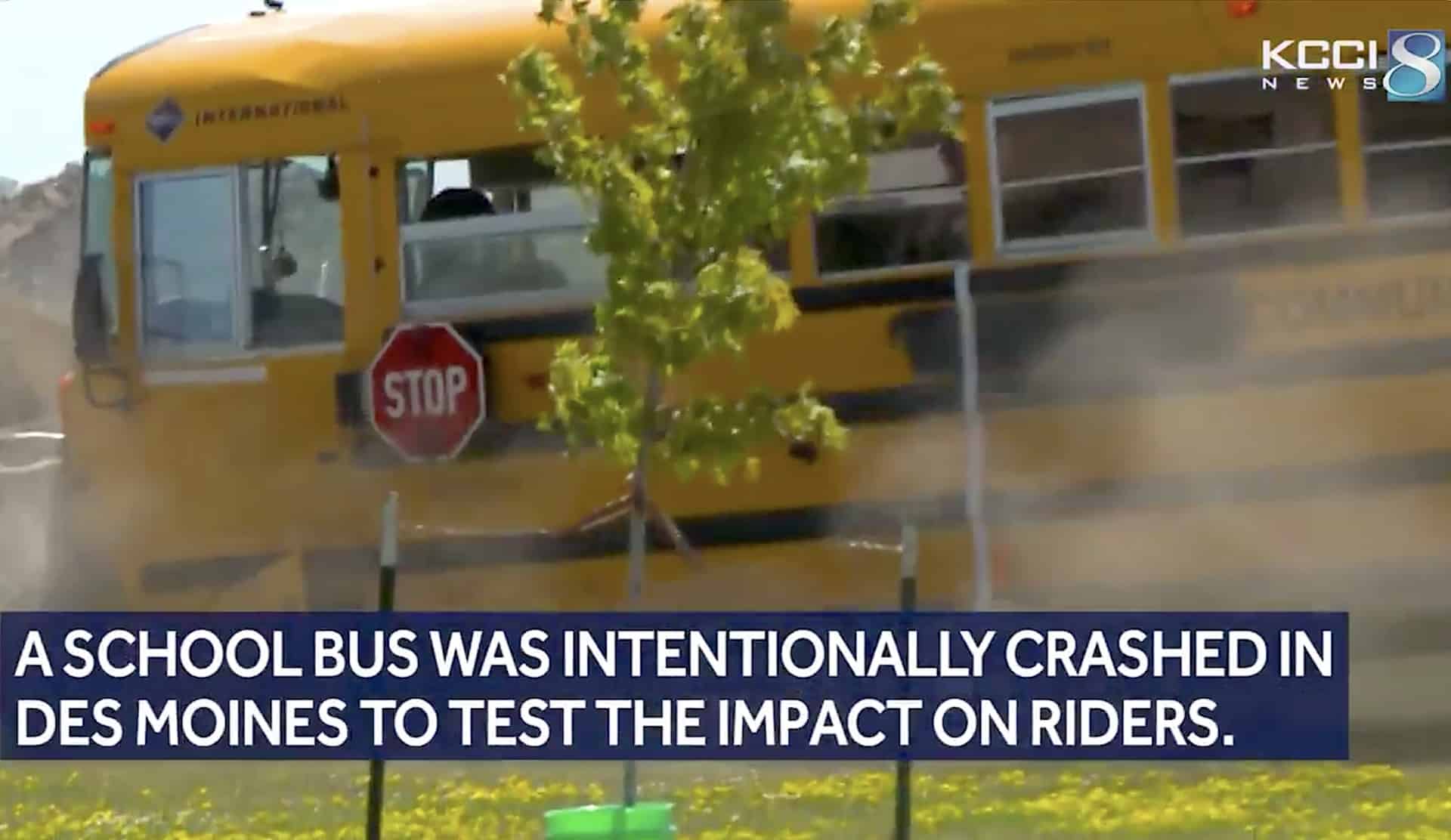