HomeBlogsSummer 2019 Diesel and Gasoline Prices Forecast to be Lower
Blogs

Summer 2019 Diesel and Gasoline Prices Forecast to be Lower 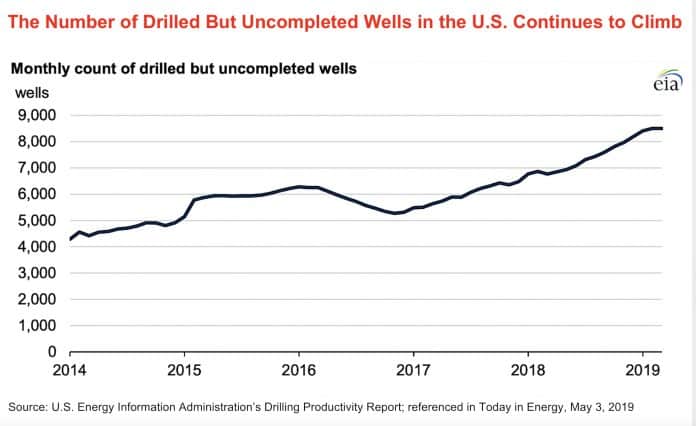 There’s a bit of good news for everyone who closely follows fuel prices, or who almost cries every time they refill their vehicle, like I do. This coming summer, the projected prices for gasoline and diesel fuel should be less than prices were during the summer of 2018, according to the feds.

The nation’s economy continues to surge, growing at a healthy 3.2 percent, the national unemployment rate fell once again to historic lows, average wages are starting to improve. The economic success has not been good for the school bus driver shortage, however, and political bickering continues to dominate the headlines.

Meanwhile, looking at fuel prices nationwide, after having to grind my teeth over the past few months over the sharply climbing prices, maybe I can finally unclench my jaw muscles.

Drilled Wells is a Solid Indicator

According to the U.S. Energy Information Administration (EIA), the “number of drilled but uncompleted wells in seven key oil and natural gas production regions in the U.S. has increased over the last two years, reaching a high of 8,504 wells in February 2019,” according to well counts in EIA’s Drilling Productivity Report (DPR), as announced on May 3.

In fact, the most recent count was 26 percent higher than one year prior.

The drilled but uncompleted wells (DUCs) are oil and natural gas wells that have yet to produce a yield. “The well completion process involves casing, cementing, perforating, hydraulic fracturing, and other procedures required to produce crude oil or natural gas,” the report said.

As to be expected, almost half of the continually increasing number of those wells has come from the Permian region, which covers West Texas and eastern New Mexico.

When combined with the additional domestic oil pipeline capacity coming online later this year, it looks like several key indicators are looking positive for the long-term stability of prices, but at a lower level than their current range.