More information on the link between Head Start and transporting students with disabilities can be found in our Special Needs section.

On Sept. 1, 2016, the Office of Head Start and the Administration for Children and Families published a new final rule, the first update of its kind since 1998, that reflects best practices, lessons from program input and innovation, and integrates recommendations from early childhood education experts. Included are revisions to transportation regulations. The implementation date for the final rule is Nov. 7, 2016.

Below are links to the specific section on 1303 Subpart F: Transportation:

Established in 1965, Head Start promotes school readiness for children in low-income families by offering educational, nutritional, health, social, and other services. Since its inception, Head Start has served more than 33 million children, birth to age 5, and their families. In 2015, Head Start was funded to serve nearly one million children and pregnant women in centers, family homes, and in family child care homes in urban, suburban, and rural communities throughout the nation. Head Start plays a major role in focusing attention on the importance of early childhood development.

The program also has an impact on: Child development and day care services; the expansion of state and local activities for children; the range and quality of services offered to young children and their families; and the design of training programs for those who staff such programs. Outreach and training activities also assist parents in increasing their parenting skills and knowledge of child development.

One of the major changes to the Head Start Reauthorization Act in October 1998 was the addition of services to Seasonal Farmworkers, their families and children. The program is designed to serve families who are engaged in seasonal agricultural labor, and may or may not change their residence to other geographic locations. The Migrant Program serves farm workers who move with the seasons.

Services provided by the Migrant Head Start program are identical to those of regular Head Start, but Migrant grantees modify delivery to meet the specific needs of migrant farmworker families. However, the Migrant Head Start program has a unique emphasis on serving infants and toddlers as well as pre-school age children, so that they will not have to be cared for in the fields or left in the care of very young siblings while parents are working.

A total of 25 grantees and 41 delegate agencies provide services in 40 states and serve nearly 37,000 migrant children and 2,500 seasonal children each year, according to the National Migrant and Seasonal Head Start Association.

American Indian Head Start supports a rich, diverse and unique Indian language, heritage and legacy. Programs are encouraged to integrate language and culture into their curriculum and program goals. There are more than 84 different Indian languages spoken in Head Start.

The Office of Head Start announced on Sept. 1, 2016 that its latest final rule revision makes a number of changes to American Indian and Alaskan Native programs. These were made based on public comments during the rulemaking process, the “unique and important sovereign relations with tribal governments,” and through ongoing tribal consultations. OHS added a new provision that for the first time makes it explicit that programs serving American Indian and Alaska Native children may integrate efforts to preserve, revitalize, restore, or maintain tribal language into their education services. The feds also clarified that, due to tribal sovereignty, American Indian and Alaska Native programs only need to consider whether or not they will participate in early childhood systems and activities in the state in which they operate.

According to data as of May 1997, the American Indian Head Start Programs network has 131 funded grantees. These grantees are located in 25 states and represent the following tribes, villages and towns: 112 federally recognized Tribes who directly operate programs; 3 Inter-Tribal consortia representing 26 reservations, 12 colonies and 14 rancherias; 8 Native Alaskan Regional Corporations serving 35 villages and cities.

Some 83 percent of Indian Head Start programs are center-based services, and 17 percent feature both center-based and home-based options. The Indian network has 487 centers and 919 classrooms. 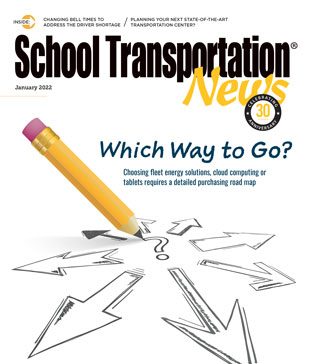 The first issue of 2022 is here! This issue of School Transportation News contains articles on supply...
Read more 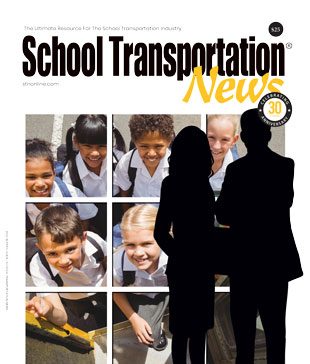