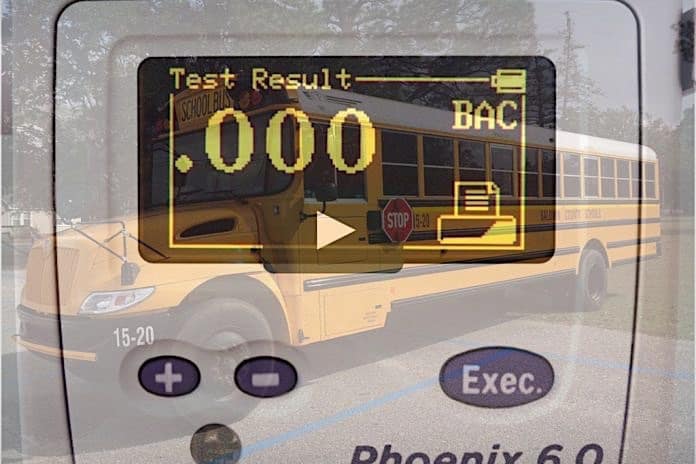 The Baldwin County Board of Education near Mobile, Alabama, recognized a 16-year-old high school student for convincing his inebriated school bus driver to pull over to the side of the road.

Vickie Lee Patrick, 58, was arrested on May 4 by Baldwin County Sherriff’s deputies after they responded to a call from school principal Kendal Moody, who happened to be driving home on May 4 when he encountered the school bus stopped in a parking lot at about 4 p.m. Deputies later determined Patrick had a blood-alcohol content of 0.29, which is about 15 times the legal limit of 0.02 for school bus drivers.

Earlier, Cody Butler, a 16-year-old high school student passenger on the bus, called his mother to tell her Patrick appeared intoxicated as she drove 25 students home for the weekend. He told local media that the school bus at one point reached a speed of 65 mph before Patrick apparently lost control, swerved into the oncoming lane and almost hit a truck.

“That’s when I knew it was really bad,” Butler told WKRG. Butler then convinced Patrick to pull over while his mother also called 911.

The Sheriff’s office said in a press release that Patrick refused sobriety tests and “reeked of a fermented beverage,” adding that the bus driver was “extremely disoriented” and was barely able to stand upright or answer questions asked by the deputies. Moody, meanwhile, remained with the students until a relief bus arrived.

Patrick was evaluated by paramedics, arrested on suspicion of DUI ad transported to jail. She appeared at a bond hearing on Monday. She was reportedly released Tuesday on a $25,000 bond for a reckless endangerment charge and a $10,000 bond for the DUI charge.

The school board presented Butler with an Award of Valor during a meeting Thursday night. It also recognized Moody.

Pollard added that Patrick had driven for the school district since 2006 and had no prior issues that he was aware of. He said the district has terminated her.

“All drivers are background checked but those are not any predictor of future behavior,” Pollard explained.

When asked if the school district plans to implement breathalyzers or similar devices to prohibit school bus drivers from operating their assigned vehicles while under the influence, he told STN the matter would need to be researched and decided upon at the state level, not by a local board of education.