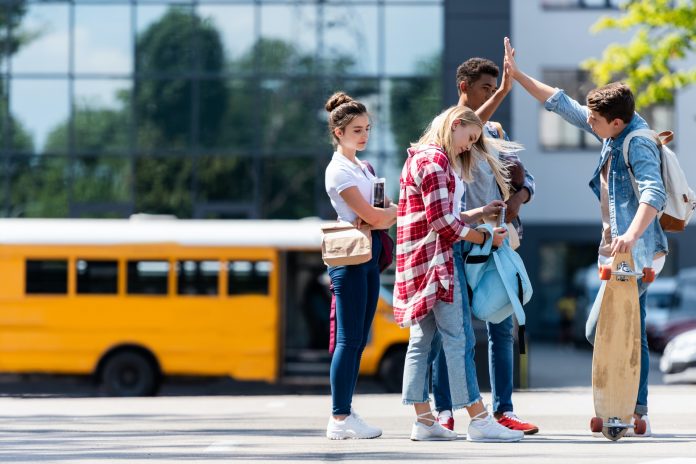 Despite recommendations from other health experts that K-12 public school districts only send students to school on certain days if at all because of the ongoing COVID-19 crisis, the American Academy of Pediatrics advised that receiving a traditional in-person education is in the best interest of U.S. schoolchildren.

“The AAP strongly advocates that all policy considerations for the coming school year should start with a goal of having students physically present in school,” the organization said in a statement released on Tuesday.

AAP added that the SARS-CoV-2 virus that causes COVID-19 appears to behave differently in children and adolescents than other common respiratory viruses, such as the common flu.

Still, AAP advises that school districts should attempt to implement safeguards. But the guidance also calls for any policies to be practical, feasible, and appropriate for child and adolescent’s developmental stage. It added that school districts should take into account special consideration and accommodations for “vulnerable” student populations, such as children with medical issues.

AAP says physical distancing remains necessary at school and on school buses. For the latter, it advises that it is ideal that parents confirm their children are symptom-free before they head to the school bus stop. AAP prefaced its school bus recommendations by encouraging “alternative modes of transportation for students who have other options.”

AAP calls expectations that school bus drivers or monitors perform temperature and symptom checks of students before allowing them to board “problematic.”

“[T]hey may face a situation in which a student screens positive yet the parent has left, and the driver would be faced with leaving the student alone or allowing the student on the bus,” the guidance notes.

AAP also recommends that school bus operators use assigned seating by cohort, or the same students sitting together each day, if possible. Tape could be used on school bus bench seats to show students where to sit. AAP agrees that six feet of distance between students should be maintained on the bus, but if it cannot students should wear face coverings.

Bus drivers, however, should remain a minimum of six feet from students and must wear face coverings. No mention is made about assisting students, such as those with disabilities or special needs.

AAP also advised school districts to consider physical barrier for the driver, for example a plexiglass divider used in many stores and restaurants. But such dividers would likely not comply with federal motor vehicle safety standards for school buses. School bus OEMs have advised against the dividers for that reason, and the state of Texas issued guidance last month that districts should not use them.

Meanwhile, AAP also called on districts to minimize the number of people on the bus at one time “within reason.” The guidance concludes with recommendations that adults who do not need to be on the bus should not be allowed on board and that windows should be open as weather allows for ventilation.

Related: Screening Student Health Prior to Boarding School Bus Rife with Complexities
Related: Are Health Experts Included in Your School District’s Task Force?
Related: A Different Kind of Smoke on the School Bus