Heating Up for Winter 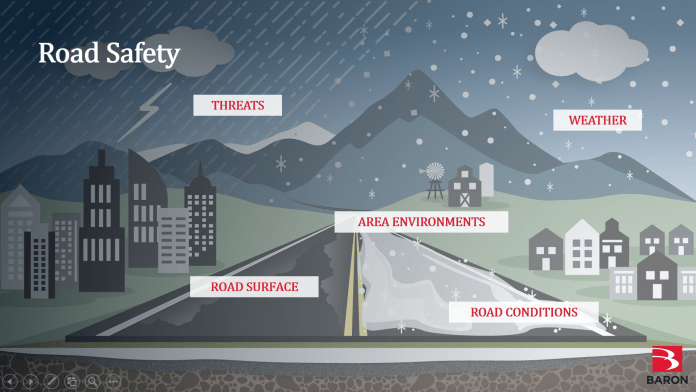 The arctic cold that gripped a large swath of the country in late 2017 and into this year may have thrown a curveball at some school transportation directors, but Old Man Winter isn’t likely to put one past them this coming year.

Count David L. Pace, director of the Virginia Beach (Va.) Schools Department of Transportation Services, in that group. And, not just because of last winter’s cold slap in the face. “As hot as it’s been this summer, if this winter is that much colder, then it’s going to be very cold,” he predicted.

On Jan. 2, about 75 Virginia Beach buses—nearly one in 10 throughout the fleet—experienced problems caused by a prolonged cold stretch and inactivity over the holiday break. Pace said a new procedure was put into place, should this winter’s bite be as harsh as last winter.

“If those freezing conditions are being forecast when buses are off the road, I have
a process in place for drivers to start the buses, drive them around and get the fluids circulating,” he explained. “We had some of those same conditions in February and the drivers did do some extra driving around to keep the buses running.”

Normally, the district doesn’t need to take many proactive steps to address cold weather because extreme temperatures are rare for the area, and the mechanics keep vehicles in top running condition. “We use two or three cold-cranking batteries and we may use grille bras in cold weather. We have Webasto heaters to warm some older buses, because they’re not efficient enough to heat the inside of the bus. We don’t use engine heaters or heated dipsticks,” Pace noted.

Paul Baczewski, national account manager of bus products for Webasto Thermo and Comfort North America, Inc., said he prescribes to the “ounce of prevention” axiom. “First and foremost, I like to tell people: Don’t wait until the last minute,” he said. “People tend to try to start-up their product the first day they need it and find it needs some kind of maintenance or repair. Being a little bit proactive and starting them prior to the season and making sure they’re ready to go, has a large benefit.”

“If you can precondition that engine by getting it up to operating temperature before you stick the key in, you drastically reduce the wear and tear on diesel particulate filters,” Baczewski said. “If they’re regenning those engines every 10 to 15 days, by preheating the engine maybe they’re extending it out to 25 to 30 days. It’s a tremendous saving, not only in the cleaning process of the DPFs, but also in the time and energy it takes regenning the system.”

Baczewski noted that independent testing shows that at an ambient temperature of 75 degrees pre-conditioning the engine results in 27 percent less particulate matter being introduced into the after-treatment system. At 40 degrees, 66 percent less particulate matter was emitted. Pre-conditioning the engine reduced nitrogen oxides by 40 percent, regardless of the ambient temperature, other testing revealed.

There’s an added benefit in places where temperatures may only occasionally drop low enough to require buses to be warmed up before a run. “You don’t have to bring in the mechanics early to start the buses and you don’t have to run electric cords back and forth through the lot,” Baczewski said. “That becomes an additional saving.”

Amy Rosa, director of transportation for Wa-Nee Community Schools in Nappanee, Indiana, said last winter in her area was generally better than previous winters. “One, the weather was generally better. Two, our vehicles are in better shape,” she said.

Previous harsh winters prompted her to evaluate her fleet’s fuel and made her a “believer in quality fuel.”

“We spec a premium diesel fuel and hold the fuel quality to high standards. We have had little to no on-the-road, fuel-related bus issues since moving to a quality fuel program,” she explained.

As a result, Rosa believes the district’s cold weather plan is solid, thanks to several weather apps and Webasto auxiliary heaters to eliminate idle times. “We currently have a protocol in place to make sure buses are in operating condition prior to the first morning after the break. We also have sub drivers and buses on standby on a daily basis, as well as during cold weather times,” she explained. “We expect parents to dress children appropriately for cold weather and we use National Weather Service’s recommendations for a time exposed to cold weather.”

Weather apps are able to shorten school bus waits on frigid days by allowing parents to track their children’s bus movements. In the Ankeny (Iowa) Community School District, Durham Services’ BusTracker is a difference-maker. In the neighboring Johnston, it’s SafeStop used by Student Transportation of America (STA). A short distance to the west, the Waukee district relies on the SchoolMessenger notification system to send texts or emails to families if a bus is running more than 10 minutes late.

“We have found SafeStop to be a great communication tool, as it allows us to be proactive in terms of getting information out to parents so that they don’t have to wonder where a bus might be or call into the office asking where it is,” said Katie McBride, contract manager at STA’s Johnston terminal. “Also, we can update SafeStop if changes happen on the fly with spare buses or new bus assignments, so that flexibility is nice. The app is very secure, too, which is great, so only authorized parents and caregivers are in our system. SafeStop has been very beneficial for parents, passengers and school districts.”

In Ankeny, Durham Bus Tracker is entering its third winter of service. “The app is successful throughout the school year, because it allows parents to see where the bus is at all times,” said Lucy Kalkman, senior vice president of Durham School Services. “When creating and designing the app, our goal was to provide parents and guardians with a greater sense of comfort and visibility of their student’s transportation and I believe we have achieved just that.”

Getting Ahead of the Curve

A growing number of school districts are relying on professional-grade data to track weather conditions and make more informed decisions. Baron is a firm based in Huntsville, Alabama that delivers critical weather intelligence to emergency managers, schools, police and fire departments. One feature offered by the company even gives school officials a forecast for road conditions up to three days ahead.

“If you’re able to look at future road conditions, you’re better able to make a call that’s going to keep everybody safe,” said Glen Denny, Baron’s president of enterprise solutions. “Technology has advanced so much. It’s not a matter of looking out the window and saying, ‘Hey, it’s starting to snow.’ Baron runs a high-resolution road weather model that forecasts what’s falling from the atmosphere, temperature, elevation, whether it’s cooling or warming, pavement type, and soil type. If there’s a lot of rain we can determine if it’s going to soak in or sit, puddle and begin to flood.”

Terry Stokes, the firm’s business development manager, said school districts also benefit from Baron’s wealth of historical weather data. Clients can better determine their actions in future events by using the data to precisely reenact how previous weather episodes played out. “Pulling historical data into the process is amazing to watch. People can see how the event unfolded and ask, ‘How could we have reacted better? How can we fine-tune this? What can we learn for the next event? And, how can we do a better job?” Stokes said.

Some insurers are recognizing the advanced weather data’s benefit to districts and have “eased up on premiums,” Denny said. He added that it also gives districts an edge during severe weather, even tornado season.

“School systems are able to alert their people in those areas and tell them things might begin to rotate. The local news meteorologist provides great insight into the weather and dangerous conditions. Baron focuses on individual schools’ needs and provides hyper-local weather information that assists with critical decisions for safety,” Denny said.

If you’re able to look at future road CONDITIONS, you’re better able to make a call that’s going to keep everybody safe