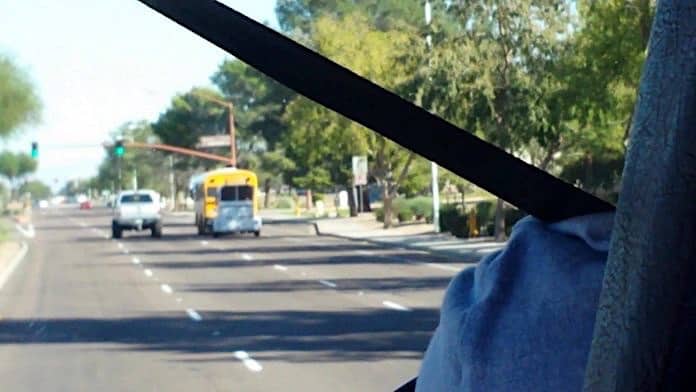 Two bus drivers made headlines with their quick thinking and action that saved numerous lives during a medical emergency in Mississippi and a school bus fire in Missouri.

A school bus driver who is also a nursing student provided assistance to a father having a medical emergency.

As Mississippi bus driver Codi Parks came up to a house on her morning route last Thursday, a woman rushed to the bus “in distress” and explained that something was wrong with her husband. Parks asked the grandmother who had approached to stay with the 45 children on her bus and rushed to help.

The man was breathing but not responsive, so Parks drew on her medical training and performed pain stimulation to try to wake him up. She was prepared to do CPR but did not have to, as the man regained consciousness just before paramedics arrived.

“I had no hesitation as far as what to do,” Parks said. “I just knew that he needed help and I knew better than anybody who was there what to do.”

“It was a case of her being in the right place at the right time,” the victim’s wife said. “We’re just happy that she was there.”

D’Anthony Gildon, a driver with the district’s bus contractor Apple Bus, was on his regular after-school route last Thursday when he said he noticed smoke and heard “hissing” and a “popping noise” coming from the front of the bus.

He stopped the bus and, with cooperation from older students, got all 34 children off through the rear exit. Within minutes, the fire had spread throughout the bus. No one was injured.

The bus had just passed a safety inspection conducted by the Missouri Highway Patrol. The fire is still under investigation.

Note: A school bus driver in Kansas City got over 30 children off of his school bus just before it burst into flames.

USD 232 school district in De Soto, Kansas, agreed to continue paying for a majority of its bus services to contractor First Student, even...
Read more