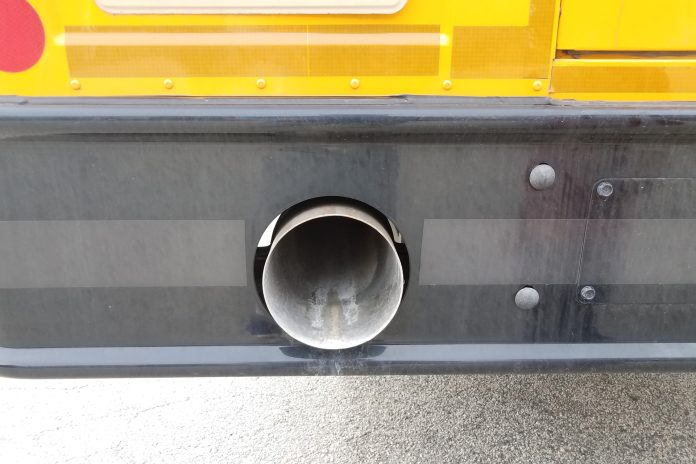 The U.S. Environmental Protection Agency unveiled proposed rulemaking to further reduce oxides of nitrogen (NOx) by 45 percent from heavy-duty commercial engines by as much as 60 percent by 2045.

But the proposed action would likely result in higher prices for new diesel and gasoline school buses, even as the EPA noted that school buses are among the vehicle sectors that are seeing the fastest growth in electrification.

EPA is proposing to update its existing Heavy-Duty Greenhouse Gas Emissions Phase 2 program implemented in 2016 to achieve NOx emissions levels that are similar to existing California Air Resources Board rules but effective at a later date. EPA said it is targeting “key provisions” of the GHG Phase 2 program, including the standards, test procedures, regulatory useful life, and emission-related warranty.

EPA said it is also proposing that laboratory demonstrations for heavy-duty, compressed-ignited diesel engines would also include a new low-load cycle (LLC) test procedure to demonstrate that emission controls are meeting proposed LLC standards when the engine is operating under low-load and idle conditions, or stop-and-go duty cycles similar to what school buses regularly encounter.

Public comments can be made on Docket ID NO. EPA-HQ-OAR-2019-0055 via the Federal eRulemaking Portal, via email, U.S. mail, or in person

Engine and vehicle manufacturers would have two options to obtain compliance, with the first being implementing NOx emissions standards in two steps beginning with model-year 2027 and becoming more stringent in model-year 2031. The second option would implement standards with a single step in 2027.

The first option would reduce NOx in model-year 2027-2030 engines by 82.5 percent, to 0.035 grams per brake horsepower-hour (g/bhp-hr) from the current level of 0.020 grams. For the model year 2031, NOx reduction would reach 90 percent, but the update would allow for emissions to drift up 0.040 g/bhp-hr during the useful extended life, noted Allen Schaeffer, executive director of the Diesel Technology Forum, for School Transportation News.

STN technical editor Robert Pudlewski commented that the rule would impact Class 6, 7 and 8 truck chassis that Type C and D school buses are built upon. “We just won’t know for a while what the impact will be other than the mandate for reducing NOx in those categories. I can only guess that that technology will be expensive,” he said.

STN contacted the three main manufacturers of large school buses for comments. At this report, Blue Bird responded that it is reviewing the lengthy and complex proposed rule change and how it would impact the school bus segment.

“Blue Bird has a history of working in collaboration with our powertrain partners to introduce solutions that meet or exceed industry standards and fully expect to continue this forward thinking,” added Jeff Sanfrey, the OEM’s vice president of engineering.

IC Bus is also reviewing the proposal, shared Trish Reed, the vice president and general manager of the school bus arm of Navistar.

Pudlewski, meanwhile, noted that he would expect another round of pre-buys from school districts and bus companies over the next five years, as they seek to avoid any price increases when the new NOx levels would go into effect, similar to what the industry experienced prior to EPA’s introduction of diesel aftertreatment and ultra-low sulfur diesel in 2010.

If finalized, EPA calculated that the rules change could result in 1.1 million fewer lost school days for children while also reducing onset asthma in children by 18,000 cases. EPA said it would also result in up to 2,100 fewer premature deaths, 6,700 fewer hospital admissions and emergency department visits, 3.1 million fewer cases of asthma symptoms and allergic rhinitis symptoms, and 78,000 fewer lost days of work.