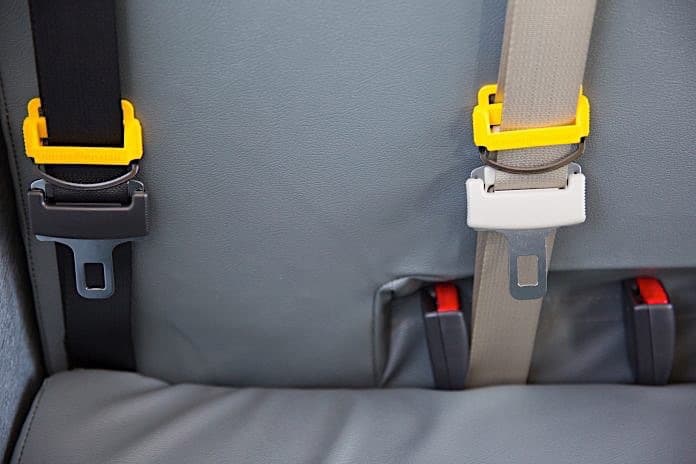 A Pelican State law passed in 1999 requires occupant restraint systems in school buses, but only if the state legislature provides funding. That never happened.

The result has been that while Louisiana is technically counted as one of the nine states nationwide with a school bus seatbelt law, the requirement lacks teeth. A bill set to be debated when the new legislative session begins on Monday aims to change that as well as require the occupant restraint systems in charter school buses.

Rep. Aimee Freeman’s House Bill 416 would repeal R.S. 17:164.2(C), the requirement contained in the current law that the legislature must first appropriate funds to districts and school boards to purchase the occupant restraint systems. If passed, HB 416 would also require the State Board of Elementary and Secondary Education to create and implement rules and regulations on the occupant restraints.

But no mention is made about whether the equipment would be necessary on new purchases, existing vehicles or both.

Additionally, neither the current law nor HB 416 defines what “occupant restraints” mean. But the term has always been thought across the state to refer to lap/shoulder belts. A 2016 task force called by the legislature specifically study lap/shoulder belts.

Among other things, the task force went on to recommend that seatbelts should not be mandated in Louisiana. But if they are, the legislature should appropriate the necessary funding for the installs as well as to employ a school bus attendant for each equipped bus.

Still, the legislation has resulted in confusion among local student transporters about its true meaning and intent, industry consultant George Horne relayed to School Transportation News.

For example, he pointed out that the National Highway Traffic Safety Administration defines occupant restraints systems as encompassing both two-point lap and three-point lap/shoulder seatbelts and including child safety restraint systems, integrated seats and car seats.

HB 416 also does not provide a compliance date or guidance on whether the seatbelts, if required, would only be installed on newly purchased school buses or include a retrofit of existing school buses.

STN emailed questions to Rep. Freeman seeking clarification on her bill. A spokeswoman told STN that Freeman would provide additional comments after the new session begins next week.