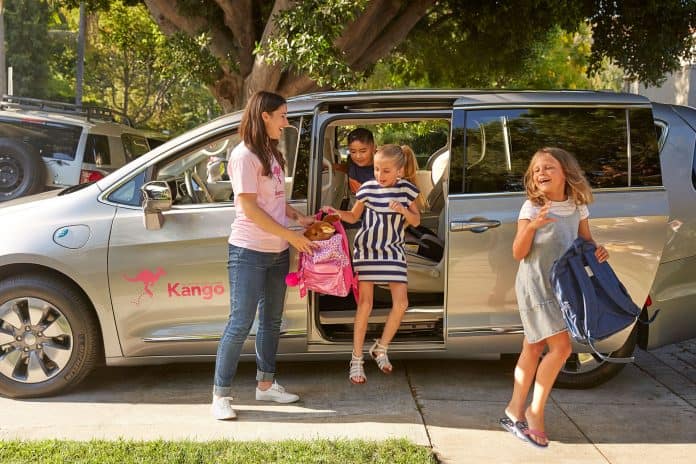 As part of the funding agreement, National Express CEO Emeritus David Duke joins the Kango board of directors. National Express is ranked as the second-largest school bus contractor in North America. It operates 25,000 school buses for 600 school districts via its Durham School Services and Petermann Bus brands in the U.S., and Stock Transportation in Canada, to transport 1.2 million students to and from school daily.

In a statement on Friday, National Express said the investment in Kango is attractive because of the rideshare app’s “positive economics,” whether those are realized by individual parents who book rides for their children to transport to and from school, or by the schools, themselves.

“Now more than ever, the technology and services that Kango provides will fill a growing need by catering to busy families in both the childcare and transportation spaces,” said Judith Crawford, CEO, National Express Transit and Shuttle. “We are confident in the business model in which Kango operates, and feel that their focus on safety and reliability sets them apart from any other company that is currently operating within this space. Furthermore, our investment in Kango will allow [its] management team to continue to seize upon current growth opportunities by expanding in other metropolitan cities throughout the United States.”

Meanwhile, Kango said in a statement that it will use the latest round of funding to fuel its growth strategy, which the company said is based on safety and reliability for parents. The app is currently available in the greater Los Angeles and San Francisco areas.

The rideshare app said it is the only company of its kind that is currently insured to transport children of all ages. It is also the only one to provide on-demand, same-day rides, plus separate childcare services.

“When my co-founder and CTO, Kaliyuga Sivakumar and I launched Kango, the success of a ridesharing service for kids was far from guaranteed. We were confident that it filled a crucial need, but we didn’t know what the adoption rate would be,” said Kango CEO Sara Schaer. “Now, it’s evident that the marketplace has been validated as parents rely more and more on Kango’s service, and it’s exciting to see the demand coming from cities across the country. Kango is committed to continuing to be the most reliable, trusted, safest rideshare service and we’re looking forward to this new period of opportunity and growth.”

The National Express funding represents the second national school bus contractor that is known to have become involved in rideshare apps. Student Transportation, Inc. invested in  HopSkipDrive in 2017.