Not Your Parent’s Carpool: Growth of Non-School Bus Transportation and Rideshare

Ridesharing growth continues, despite a disparity in school transportation regulations at the state level. 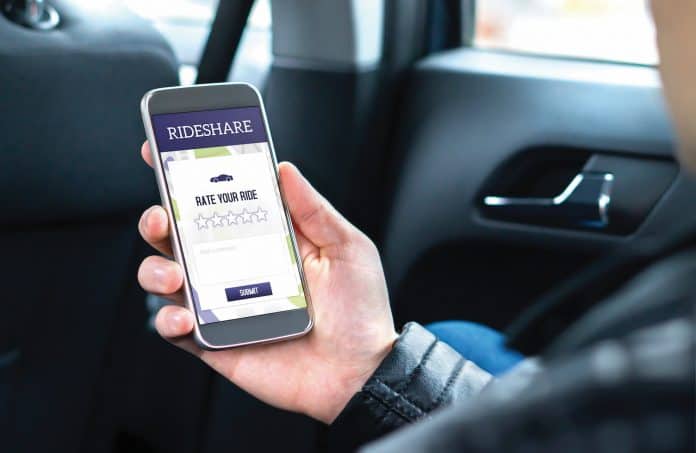 Students riding to school in passenger vehicles is nothing new. What has changed is the person and companies that are driving them.

As an alternative to taking the school bus, walking or biking, Mom or Dad used to take the wheel and ferry their children to and from campus. When that wasn’t an option, parents entered car-pool agreements with neighbors to share the burden of the school commute.

Today, many parents are turning to ridesharing apps operated by private contractors who operate passenger cars. Still, parents have concerns about placing their children, especially younger ones, in vehicles with drivers who they do not know. While ridesharing can help alleviate logistical challenges for parents, these new services bring with them much confusion for student transporters.

Separately, school districts can also supplement traditional school bus routes by contracting with student transportation companies that provide service in smaller, non-bus vehicles. Smaller capacity vehicles are typically used for homeless students and students with special needs as such it is important that these students have driver consistency.

Amid financial and logistic pressures on school districts, companies that provide rideshare services are not using vehicles that are regulated by the same federal safety construction standards that apply to yellow school buses. However, these companies must still meet the same driver qualification standards that have earned school busing a reputation for safely transporting students for decades.

Lawmakers, local officials and regulators in the U.S. are charged with oversight of student transportation, regardless of the vehicle type being used. The arrival of ridesharing apps has created confusion regarding if these companies must meet the same standards for liability insurance, driver background checks, student safety and training.

For this reason, Maryland prohibits its 24 school districts from contracting directly with non-bus transportation companies.

“We’re aware other states are doing it, but we haven’t yet seen a benefit to allow it,” said Gabriel Rose, director of pupil transportation for the Maryland State Department of Education. “We have our eyes on the trend, and we’ll wait to hear what schools have to say.”

National Association of State Directors of Pupil Transportation Services (NASDPTS) has yet to publish any guidance on non-traditional student transportation services, but a spokesman urged caution to school districts that are considering using anything besides the yellow school bus to transport students.

“From my former state director perspective, I certainly support the need for criminal background checks and robust insurance for any provider that is not a full-fledged yellow school bus provider,” said NASDPTS Executive Director Charlie Hood, who retired from the Florida Department of Education five years ago.

In Michigan, utilizing vehicles with the capacity to carry 10 or fewer passengers does not fall under the Pupil Transportation Act of 1990, so it is up to local school districts to make sure the providers are safely transporting students.

Additionally, drivers of these smaller capacity vehicles must have a chauffeur’s license, background checks, bus driver equivalent medical exams, updated records of defensive driving training and guaranteed use of child restraints. Essentially, they must prove their service meets the same criteria that all school districts, school bus contractors or alternative transportation companies are held to.

“Years ago, there were not ridesharing services as they are now,” said Ken Micklash, school support services director at the Michigan Department of Education. “We wanted to be proactive in providing some standards, but the state currently doesn’t collect safety data.”

The Colorado Department of Education’s school transportation team goes to great lengths to make sure the state’s 178 public school districts, 230 charter schools, and their contractors are in compliance with bus and driver safety standards, regardless of the type of vehicle being utilized. These requirements also extend to alternative student transportation companies, such as ALC Schools, which has been operating in Colorado as well as California, Utah, Texas and 14 other states for over a decade.

Since 2014, Colorado’s state school transportation office has conducted biannual audits of vehicles, maintenance and driver qualifications. The largest school districts are reviewed every four years, due to their ability to monitor operations on their own, with bigger staffs.

The Colorado Public Utilities Commission also provides safety and insurance oversight for all passenger carriers that operate on a for-hire basis. This includes traditional school bus contractors as well as the new ridesharing companies that are springing up. The mandates, established by Colorado Senate Bill 14-125, include driver background checks, liability insurance, vehicle inspections and permits to operate. Violations can result in civil penalties and permit revocation.

“Ridesharing is brand new, and there will probably be more [of it] coming to Colorado,” said Susan Miller, transportation supervisor at the Colorado Department of Education. “New companies need to be reviewed to determine which area [school bus, taxi or rideshare, etc.] they fall under.”

“We have only done this for a short time,” said Ruddick. “It mostly has been a good experience, so far.”

States That Have Seen Rideshare Accelerate

California has been a breeding ground for niche ridesharing startups, such as HopSkipDrive, Kango and Zūm. Collectively, they say they serve hundreds of school sites in the state. But that can mean they are contracting with individual parents to transport as few as one or two students to a given school.

These ridesharing apps, as well as other for-hire student transportation companies, must comply with the California Public Utilities Commission rules. Those rules require driver background checks, vehicle inspections, and 20 hours of classroom training on defensive driving, loading and emergency response.

Vista Unified School District, which is located north of San Diego, said alternative student transportation has been a practical solution over the past school year. Vista contracts with Zūm to serve single and dual rider routes, as well as routes for specialized students who are covered by the McKinney-Vento Homeless Education Act. “When we are given an out-of-town route that does not fit in with our existing routes, we find that using this service simplifies things,” said Transportation Director Bill Weisberg.

“We have ambitious goals to solve problems that schools, families and students are facing,” said Ritu Narayan, founder and CEO of the 2-year-old ridesharing company, who referred to school transportation pain points as being lengthy bus rides and budgetary struggles for asset-heavy operations.