HomeSafetyRecognizing that Behavior is a Powerful Tool in Student Transportation
NewsSafety

Recognizing that Behavior is a Powerful Tool in Student Transportation 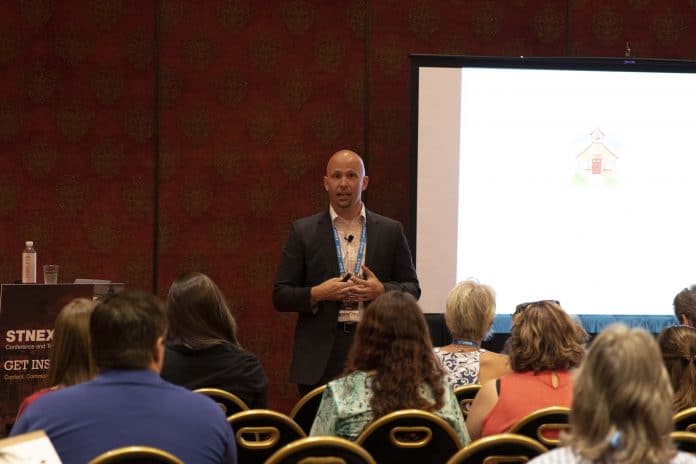 Building a strong relationship with the children you transport is an important aspect of the day-to-day job description of a bus driver. But one attendee said the same principles he discussed that apply for bus drivers to children by board-certified behavior specialist Patrick Mulick, can also be applied from employer to employees.

“As I am sitting here, I am sharing with the other people around me that this isn’t just things you share or practice with drivers and assistants on the bus for the students, but you can use these things for your employees as well,” said Maurice Toole, terminal manager for Cheery Creek Schools in Colorado.

Toole observed that “For the drivers, for you as leadership, you can use the same things, establishing report, starting their day off well, good morning, good afternoon, whatever it is, but using those same strategies for them.”

“What are the ways you can build a strong relationship with children on the bus?” Mulick asked the audience during his four-hour workshop at the STN EXPO in Reno on Saturday, which focused on school bus behavior.

The replies: Learning student names, treating them with respect, showing them compassion, picking your battles, saying good morning and good afternoon, engaging in genuine interactions, establishing clear rules and expectations, providing them with toys or books on the bus to engage their minds, and really knowing and understanding the children they transport—from likes and dislikes to behavioral tendencies.

Toole said he wants to take Mulick’s entire power-point presentation and condense it down to 30-minute sessions spread out in blocks across the school year that he can share with his employees.

“This is the beginning of the school year. People are getting ready to go back after the summer off, so you need to get back to basics of it,” Toole said. “So, I am trying to take some of these tools and strategies back to our district and share it with them.” 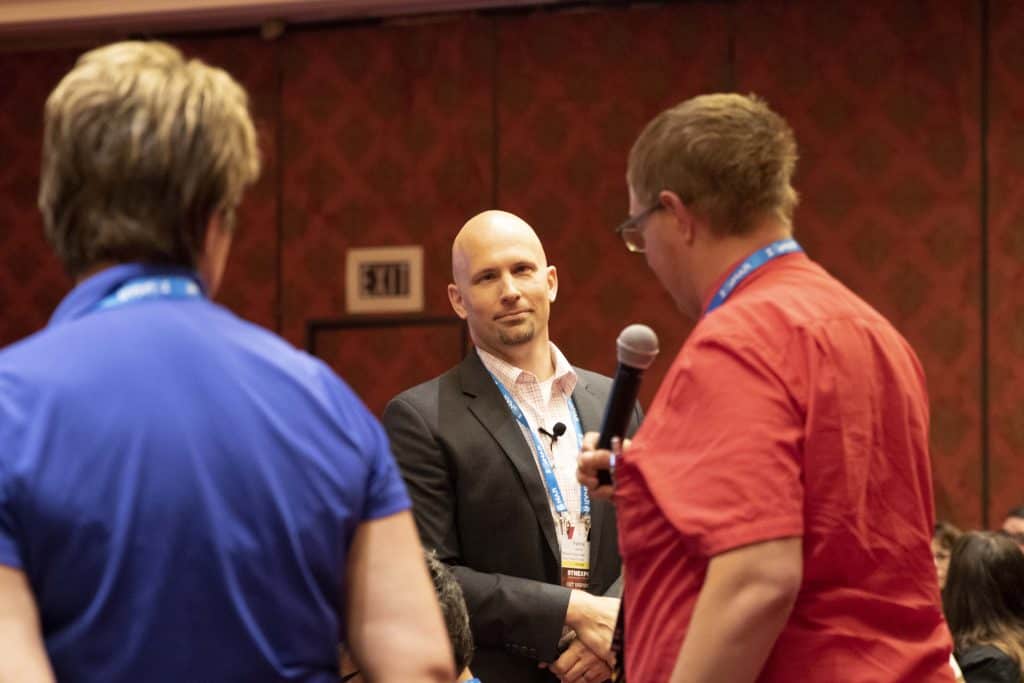 To put it simply, find any and every excuse to make a connection. Because it is up to you [bus drivers, employers, etc.] to set the tone for the day. And when students feel like bus drivers have their back, they will listen better, and the bus will be a more positive environment for both parties involved.

Toole added, “Student management on a school bus is huge, no matter where you are and what country you’re in. Being able to give our employees strategies to deal with it, is ultimately one of my goals and jobs as a terminal manager.”

Mulick advises his audiences that if you tell yourself you are limited in how you can influence a students’ behavior, you provide yourself with an excuse to fail.

The first thing Mulick said to do is set clear expectations, adding that children need direct instructions on what to do when they board the bus. He says the expectations need to be: positively stated, clearly posted, clearly relieved, clearly understood and manageable.

Mulick then asked the audience to draw a chinchilla. The attendees laughed and looked around, since none of them really knew for sure what a chinchilla is or even looks like, but some asked their neighbors. As Mulick walked around the room and looked over people’s drawings, he commented on how different each chinchilla looked.

Mulick acknowledged that children need to know their clear expectations, so sometimes a visual representation would be easier for them to understand. Mulick then displayed a step-by-step drawing of a chinchilla and the audience understood immediately what was asked of them.

“When we talk about changing behavior, we need to make sure we are very clear in what we are talking about. We have to be very clear on what the behavior looks like. We have to look at behavior as if it was a science,” Mulick said.

Mulick then discussed how to change a child’s behavior and the steps it takes in order to accomplish that. One of the first things he noted was to keep the bus drivers or the employees in control of their emotions.

He addressed triggers and how to manage them, plus his five to one rule. For every one negative interaction you have, you need to have five positive ones with that person, Mulick.

That advice appeared to be well-received by the audience, since it would not only be helpful at work but also in everyone’s personal relationships as well. 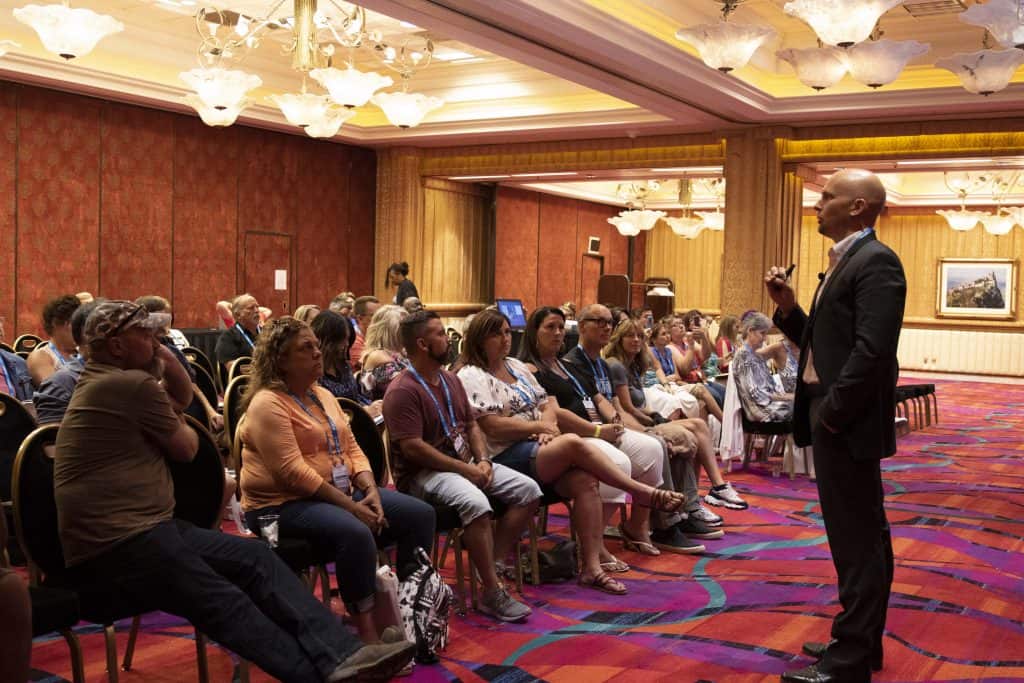 Michael Dorn, executive director of Safe Havens International, advocated during his keynote presentation on Monday morning, how important it is to treat students with respect and how to recognize their behavioral patterns.

Dorn shared his personal story of being bullied and assaulted as a child by both peers and administration—a situation that meant he never felt completely safe at school. From a young age, Dorn started carrying weapons to school—not with the intent to hurt anyone, but in order to ensure his own safety.

Dorn said that it was a bus driver and certain teachers in his life that got him through each and every day.

Dorn’s discussed active shooter situations, but he focused more closely on other more-documented cases of school violence, including stabbing and arson incidents.

No matter what type of violence is being perpetrated, Dorn said it was important for student transporters and school staff to be trained on identifying the behaviors that lead up to these instances. Those staffs need to develop scenarios and instructions to help school bus drivers and transportation staff react appropriately to the situation.

Dorn expressed a similar message to Mulick’s. He advised that transportation leaders when reviewing footage of bus drivers throughout the day, acknowledge five things they did correctly, even if there is only one negative action that also must be remedied. Dorn advised recognizing positive behaviors in public, but discussing negative behaviors in private. 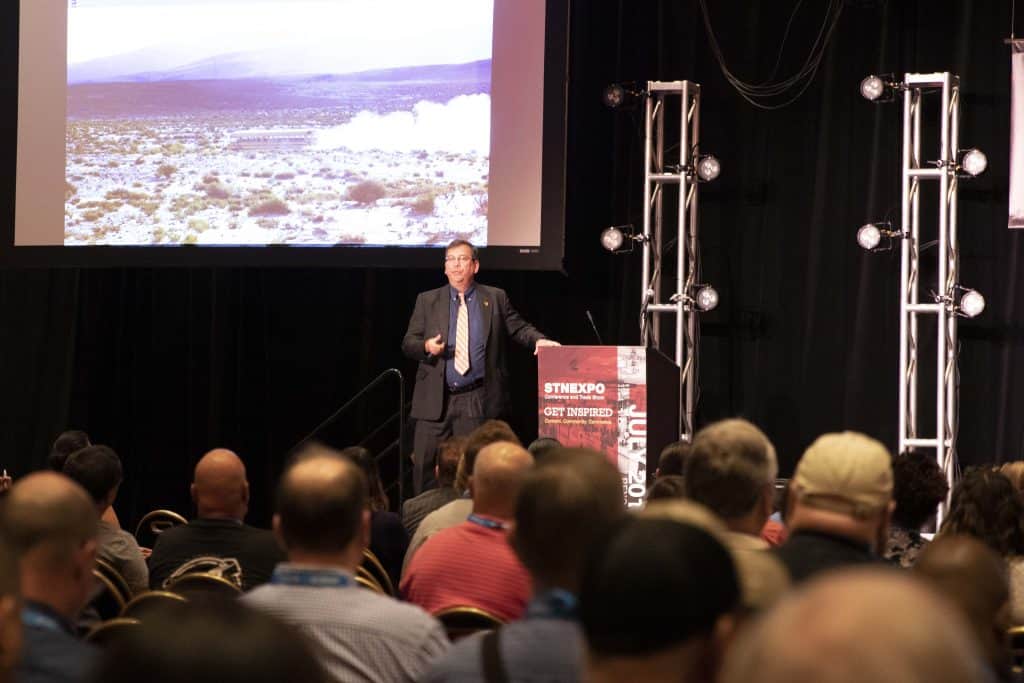