The Origin of School Transportation News 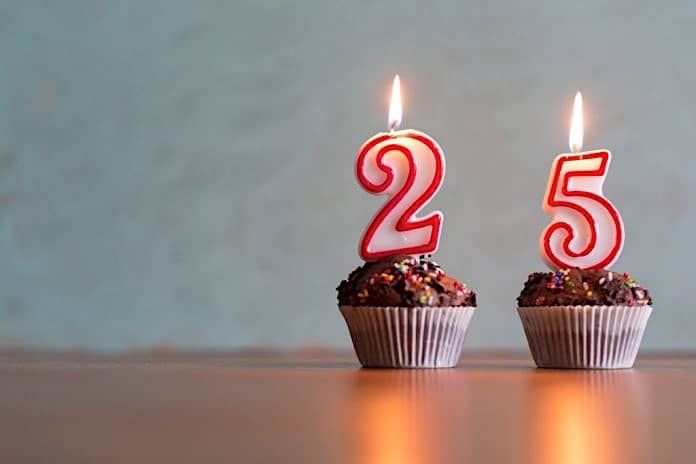 Twenty-five years ago, I launched School Transportation News. But the central idea of STN, as we quaintly called it, dates back 20 years more.

In the mid-1970s I served as the campaign manager for a U.S. Senate candidate in Utah.  Running against a firmly entrenched, 18-year veteran senator, we adopted a news strategy.  We issued lots of news reports on a daily basis, as we wanted to show our candidate was deeply involved in state issues.

At one point we published a tabloid newspaper. It ran eight pages and was chock full of news articles about our candidate, Jack Carlson, a former assistant secretary of the U.S. Department of the Interior.

Now, fast forward to mid-1991. When you start a new publication, it is important to distinguish oneself from the competition. At the time I worked for the competition, School Bus Fleet magazine. It was then, and remains to this day, a venerable, well established, highly regarded magazine.

How to compete against this giant? Then I remembered the tabloid of the Carlson campaign and the answer presented itself. News. Lots of news.

As much as I loved School Bus Fleet, at the time we only published six times a year, or once every two months. That meant news developments from the field lagged. In other words, articles might as well be ancient news by the time we published them.

So that was the opening. Publish monthly and focusing on shorter news articles and not longer feature articles. After all, there are about 13,000 active school districts in the country, and we started with a circulation of about 18,000 readers. About two thirds of the districts operated their own bus fleets and one third were contracted operations.

While these numbers haven’t changed much in the intervening 25 years—though our circulation has grown to more than 28,000 readers each month—I quickly found that I could call any transportation director anywhere in the country on any day of the week, and voila, a news story emerged. They were engaged in something—operations, training, policy development, meetings with parents, lobbying their state legislature, etc. There was never a dearth of news developments.

Find this article and an accompanying timeline in our September issue!

I received an important vote of confidence from an advertiser. Jerry Williams, then president of Ward Bus (later to become AmTran and, eventually, International/IC Bus), introduced me to attendees at the Southeastern States Pupil Transportation Conference, where I introduced the idea of a new publication. More importantly, he handed me a check for $3,000 to purchase an advertisement in the first issue.

Remember, at that time, STN was still unpublished. I am forever grateful for Jerry’s confidence in me. That was the beginning of a long and successful relationship between STN and the school bus manufacturing and advertising community. In fact, that relationship has continued to this day, as evidenced by the 110 manufacturers and advertisers who displayed their products at the recent 2016 STN EXPO.

In any event, a couple of years later I started a news department that quoted from the daily press. We subscribed to a news clipping service and soon received a flood of news articles from newspapers around the country. We’d write a one to two paragraph summary of many of the news article, and always citing the source: The Chicago Tribune, The Atlanta Journal, the Washington Post, etc.

Then the internet appeared, and the news cycle changed again. So I developed an online presence, stnonline.com. It was among the first news aggregation websites in the country. It was certainly the first that focused on news in the school transportation world. How could we lose, with more than 400,000 yellow school buses roaming the country? Over the subsequent 20-plus years, stnonline.com has evolved into one of the most sophisticated news sites on the internet.

Along the way, STN established a relationship with the state directors. Borrowing from my experience with the American Public Transit Association as a member of the Board of Governors, I proposed developing an organization of suppliers to strengthen the relationship between the manufacturing community and state directors of pupil transportation. After all, with the exception of a handful of Federal Motor Vehicle Safety Standards, the regulatory work of pupil transportation occurred at the state level. Over the years, STN has reported on several hundred state regulations that govern school transportation.

The Supplier Council ensures a strong relationship between manufacturers, suppliers and state directors. In fact, through the dues supplier members pay to the National Association of State Directors of Pupil Transportation, the organization has become an important player in the industry. I’m particularly pleased that NHTSA and other federal agencies, including the U.S. Congress, don’t take any initiative in pupil transportation without first consulting with NASDPTS.

One other important development emerged from STN’s focus on news. This one came from numerous contacts with industry professionals. It turns out many of them would pass the news developments we published onto their drivers and other staff members. I heard comments like, “You know that article about student safety out of Maryland that you published last month? I’m going to try that in my district.” Or, “My drivers adopted that school bus crossing policy from New Mexico that we read about in your magazine.” Then this one: “We adopted that policy from Illinois and it saved a kid’s life.” Saved a kid’s life! Talk about gratifying.

And that leads me to this: I always encourage the writers whose work appears in STN that we are not just filling space to make room for more advertisements, though that is one function of business-to-business journalism.  More importantly, we are saving lives. And that, dear reader, is the primary purpose of School Transportation News!