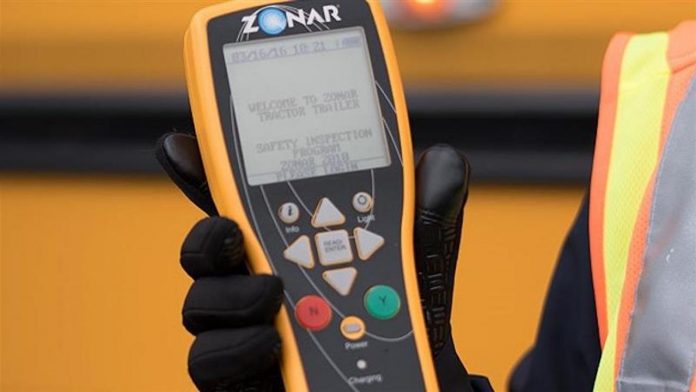 An issue discovered with Zonar Systems’ 2010 electronic inspection device firmware has grounded some devices, the company has confirmed. However, the firmware issues that are apparently impacting the devices have been resolved and many customers are back online.

The 2010 Electronic Verified Inspection Reporting (EVIR) device is used to transmit and record inspection, compliance and maintenance data. Due to the issues that are impacting the firmware on the devices, Ben Hohmann, marking manager for Zonar, told School Transportation News that customers are encouraged to revert to using paper forms, for the time being, so they ensure they remain in compliance with state laws.

The glitch was first reported last week, which was determined to have been caused by a change to the firmware code in 2005.

“There was a minor issue with the device in 2005 and the firmware code was changed to address it. Part of that code triggered the issue that recently occurred but has since been rectified,” Hohmann said.

Due to the older technology used in these devices, the updates cannot be made over-the-air, he noted. Instead, Hohmann said they require individualized plans for bringing customers’ devices back online.

“The reason for individualized plans is that while delivering firmware is relatively simple, meeting customer needs for implementations entails more complexity,” Hohmann explained.

While Hohmann would not disclose how many devices were rendered inoperable, he confirmed that no tablets, GPS or other Zonar devices were affected. Hohmann added that the 2010 device is a legacy product that the company was founded on and is only a subset of the company’s offerings at this point.

As of this writing, Hohmann reported that many of the 2010 EVIR customers are back online, and company representatives are working to repair the remaining ones and make them operational as soon as possible.

Before purchasing an electric school bus and installing on-site infrastructure, transportation directors shared that there are many questions to answer. For instance, where will...
Read more
Management

Some may question what sports have to do with pupil transportation, but after the keynote presentation from renowned sportswriter and speaker Ross Bernstein on...
Read more
Technology

On the heels of announcing its 23rd consecutive year of revenue growth, Transfinder CEO Antonio Civitella said the company’s strategy for the remainder of...
Read more
Safety

The National Transportation Safety Board (NTSB) issued its preliminary report on the October school bus crash that resulted in the death of the bus...
Read more