School districts across the country are navigating the complexities of school bus electrification. The process requires expertise in many areas like grant writing and funding, utility power and supply, vehicle and charger selection, and designing and installing infrastructure.

We sat down with Kevin Matthews, Head of Electrification for First Student to discuss some of the things he and his team have learned along the way.

ANSWER: It’s been a remarkable several months for the company and what we’ve been able to do. We went from just a handful of school buses in Quebec to over 177 in Quebec and now several across the United States. And we’re not just putting in a few here and there, we’re actually running entire fleets. We’ve gone from being a leader to absolutely the true leader, not only in school bus deployment, but infrastructure development.

We’re recognized by the industry. I mean, we internally knew what we could do, but now from the utility industry to the electric vehicle industry, they all recognize us as a leader. Not only in school bus electrification, but all medium and heavy-duty transportation electrification. So, there’s been a great deal of progress, but it’s just the first step of many more to come.

QUESTION: What are the challenges that you are seeing in the electrification industry?

ANSWER: Our biggest challenge at the moment is the supply chain. And that’s true for everyone. It’s not so much the supply chain waiting on the buses to be delivered but the charging infrastructure.

Not only are we competing against other medium and heavy-duty entities that are electrifying their fleet, we also compete against the commercial building sector because they use several of the same components we have. So that’s been our biggest challenge. Our next large challenge has been working with school districts to get them on board to understand that this is the future, and this is the way things should be going. And having them share that vision we have of reaching zero emission. But they’re arriving at this conclusion. And that’s why we’re seeing more and more school districts seeking to work with us to deploy electric school buses within their fleet.

QUESTION: We know that you and your team spent countless hours working with school districts to help them apply for the EPA Clean School Bus Program, can you tell us some of the top lessons learned from this initiative?

ANSWER: We learned that it really is a team effort, and we need to plan early for some of the elements, particularly on paperwork documentation around the registrations and titles. As this goes forward in the coming months, we’ll have a better game plan in place, particularly for the locations. So, they will not have to run around at the last minute finding documents in that regard.

Several of our school districts had problems with the government ID process to register and file applications. So, we’re going to really have to coordinate more with school districts as we do this next round of applications, because having them understand they’re part of it and being prepared for it will be critical as well.

QUESTION: What do you think the biggest challenge will be for school districts navigating electrification on their own?

That’s why our deployment in Quebec is so critical to us. We’ve learned how to operate in -20 degree Fahrenheit temperatures, and that’s a real lesson learned. Many school districts are going to run into issues where they think they can charge their school bus and then they have a really cold night, and the bus doesn’t charge.

Our goal is to begin working with school districts that are not our customers to consult with them so that they design the infrastructure correctly, select the right bus and then put it on the right routes so that we’re all successful as we deploy more electrics across the country.

QUESTION: What is the biggest misconception for school districts that are looking for EV funding?

ANSWER: The biggest misconception is that it’s going to cover all their costs. I think some look at it and say, oh, we’re receiving all this money for the school bus. And that’s true in many programs, but it doesn’t necessarily cover the charging infrastructure cost.

They may say that it pays for the charging station. Well, that’s an expensive item and we can’t dismiss that, but your facility may have single phase, 208V electrical service, and that’s not enough to charge five or ten buses. You would have to upgrade to three phase in the 400-volt series for electrical service, and there’s a cost to that. They may not also understand that the cost that they have to carry also is on the utility side of the meter. The utility may not cover all costs associated with bringing electricity to their facility.

So, understanding all your costs to bring charging infrastructure to your location is critical because you have to make sure that whatever grant you have covers enough of that so that you’re at least at parity with operating your electric buses the way you pay for and operate diesel buses. 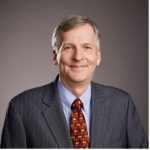 Kevin Matthews is the Head of Electrification at First Student and is responsible for the strategy that will drive the development and deployment of all electrification initiatives and technologies.

Matthews has worked in the environment sector for more than 30 years. He has served as the managing director of the sustainability sector at National Strategies, LLC, as well as served as the co-project director of the Clinton Global Initiative EV School Bus Project, which set out to prove the cost-effectiveness of zero emission school buses.