This content is brought to you by Jackson Control.

Jackson Control is the industry leader in providing purified air for school buses. Viral particles and harmful contaminants remain suspended in a school bus cabin for long periods of time and can be inhaled by student riders.

Using bipolar ionization technology, Jackson Control installs ion blocks in the fan boxes of school buses. These ions blocks produce millions of negative ions that attack airborne contaminates like viruses, bacteria, odors, allergens and dangerous VOCs that are harmful to passengers on board.

“We are still sanitizing all high touch areas in the bus and electrostatic spraying the bus daily, however, air ionization is a real-time defense against all airborne viruses, including COVID-19,” he stated.

“…air ionization is a real-time defense against all airborne viruses, including COVID-19.” 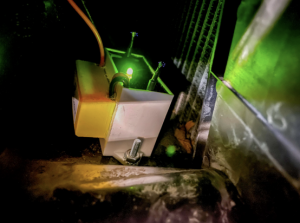 As airflow passes over the ion blocks, the ion block energizes the air to form bipolar – positive and negative – air ions. The airflow distributes the energized ions throughout the cabin.

The beauty of Jackson Control’s Ion Block is just how easily it integrates into the existing fan box on a bus. The ion block seeks out contaminants inside the space.

It doesn’t wait for pollutants to find their way into the filter within the fan box. Instead, air ions go to the contaminants in the space where you breath – minimizing contaminants at their source. Ionization is proven to effectively clean the air.

“We have received comments from the drivers stating that is it good to see that Cottage Hill is going above and beyond to protect the students and the drivers,” Beck said. “The green light indicators that are on the ‘ion’ unit to notify the driver that the unit is working are easy to see, and the drivers appreciate it.”

Return Your Indoor Environment to a Natural State

Not only does ionization clean the air of these harmful contaminates, but it also purifies the cabin of particulate pollution caused from diesel.

Did you know that 95 percent of school buses run on diesel? Diesel is associated with increased rates of cancer, respiratory illness, cardiovascular disease and even reduced academic performance in kids who ride them. Studies show that fine-particulate pollution from diesel engines results in 15 percent increase in COVID-19 mortality rates.

Parents across the country are becoming educated on the importance of air quality and its effects on human health. It’s a top priority to make school buses safer and provide clean air for our children.

“I have two children who are in school. As with every parent, we want to ensure that they are safe at all times and this product is the best solution as it is real-time,” Beck stated.

The Solution: Ionization from Jackson Control 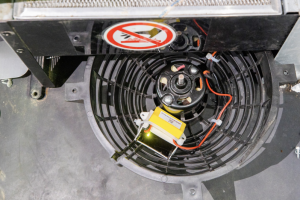 Ionization is a proven process to clean and purify air inside a school bus cabin – Leaving the air fresh, clean, and safe for all riders.

Every school bus in the country needs this! Contact Jackson Control to Clean the Air You Breathe! 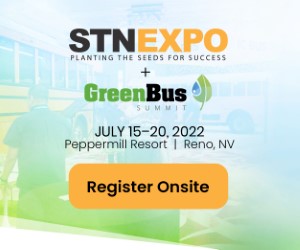