With more and more districts pushing for green fleets, fleet managers are being urged to switch to alternative fuels. Engine manufacturers have been meeting the call by refining engine technology to meet increasingly lower EPA emissions standards.

With new engine innovations and cleaner fuel overall, switching to a newer diesel engine is now comparable to switching to an alternative fuel.

“When you want to determine how green an engine is, the best way to gauge its cleanliness is by looking at its EPA rating,” said Caley Edgerly, president and CEO of Thomas Built Buses. “Maybe not so surprisingly to some, all fuel types, including diesel, CNG, propane and gasoline, are all certified as ‘clean fuels’ and meet or exceed federal emissions standards. In some instances, diesel engines, which are 90 percent cleaner than they were in 2006, actually have lower emissions than some alternative-fuel engines. The proof is in the numbers.” 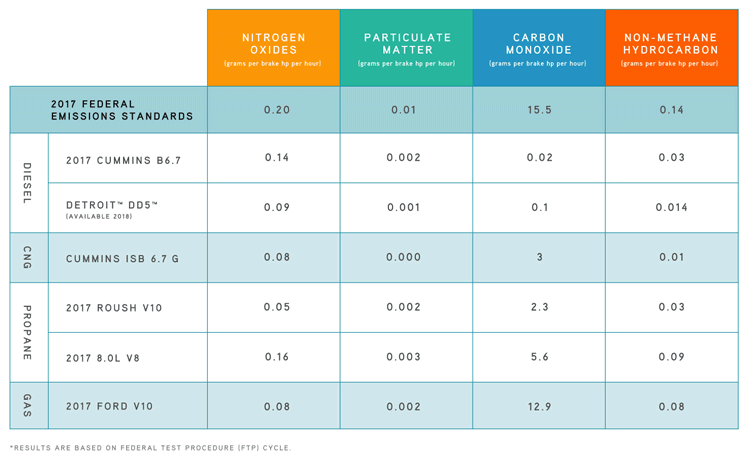 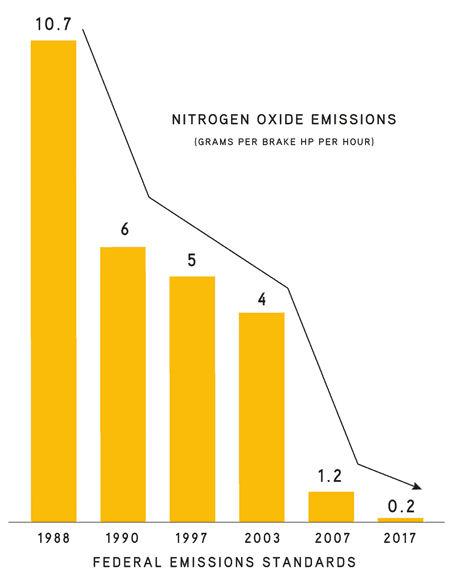 Driven by tougher EPA emissions standards, today’s diesel is composed of an ultra-low sulfur formula, which became standard in the U.S. in 2010. This new diesel formula is estimated to remove 2.6 million tons of nitrogen oxide from the air per year and reduce soot and particulate matter by 110,000 tons per year. Breaking this down to a per-bus standard, diesel today now emits no more than .2 grams per brake horsepower per hour of nitrogen oxides and .01 grams per brake horsepower per hour of particulate matter, which is a dramatic decrease from years past.

All engine manufacturers must share the EPA emissions ratings for their engines based on Federal Test Procedure (FTP) cycles. A deeper dive in the publicly shared 2017 Emissions Rating data reveals the true picture for all fuel types. 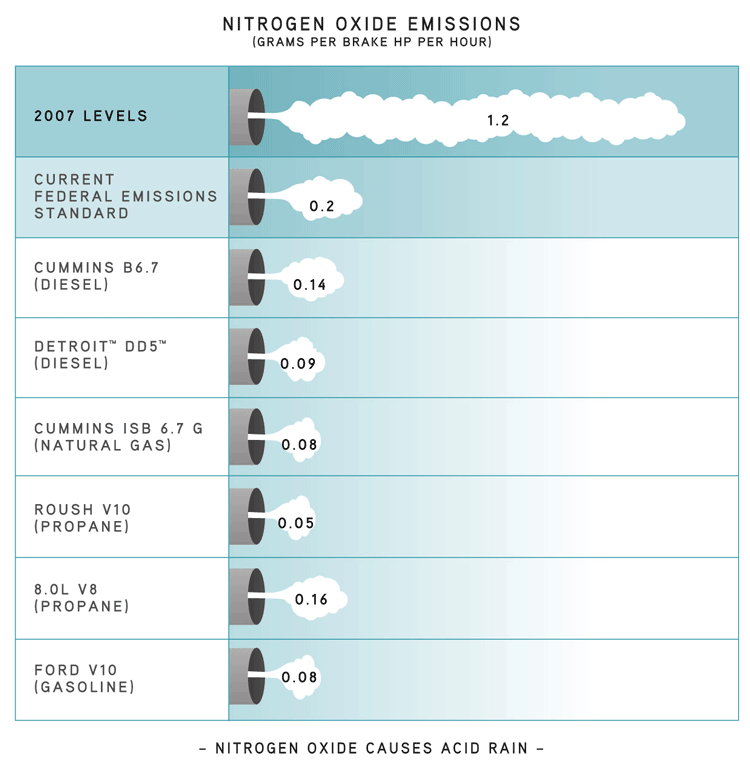 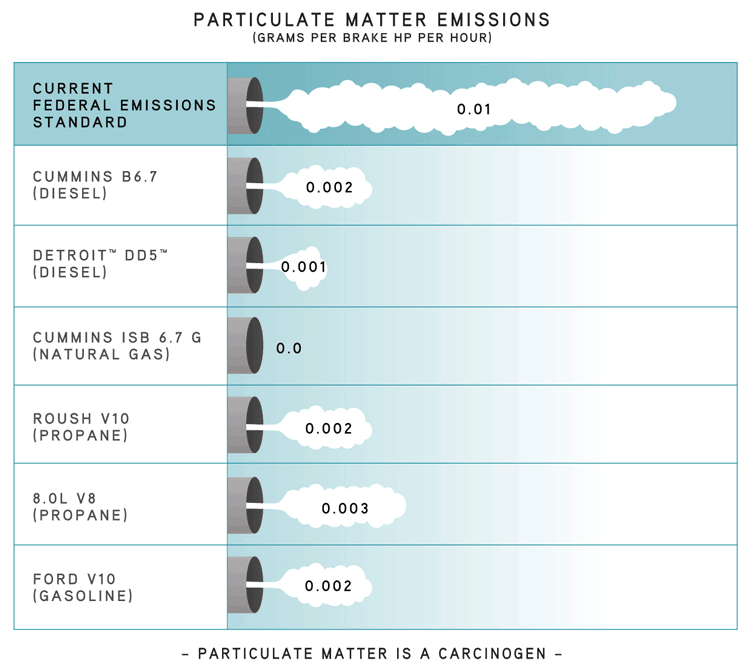 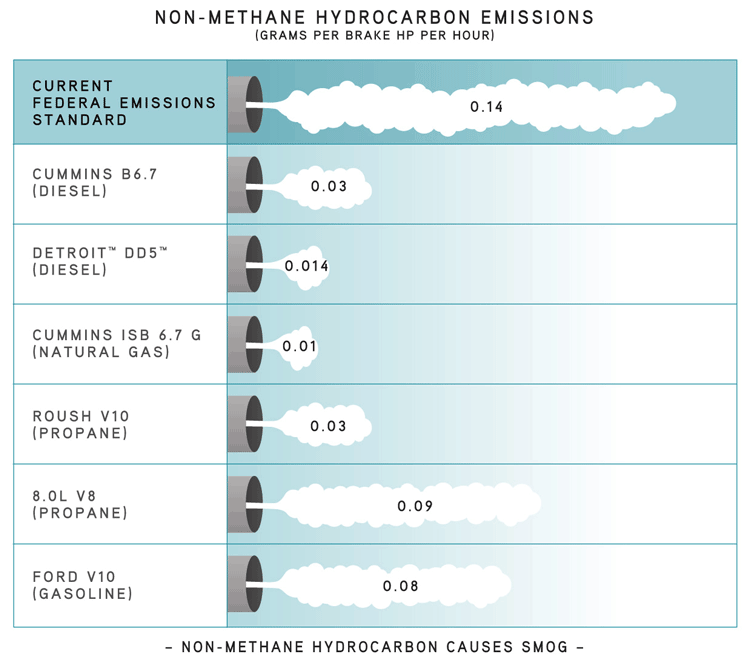 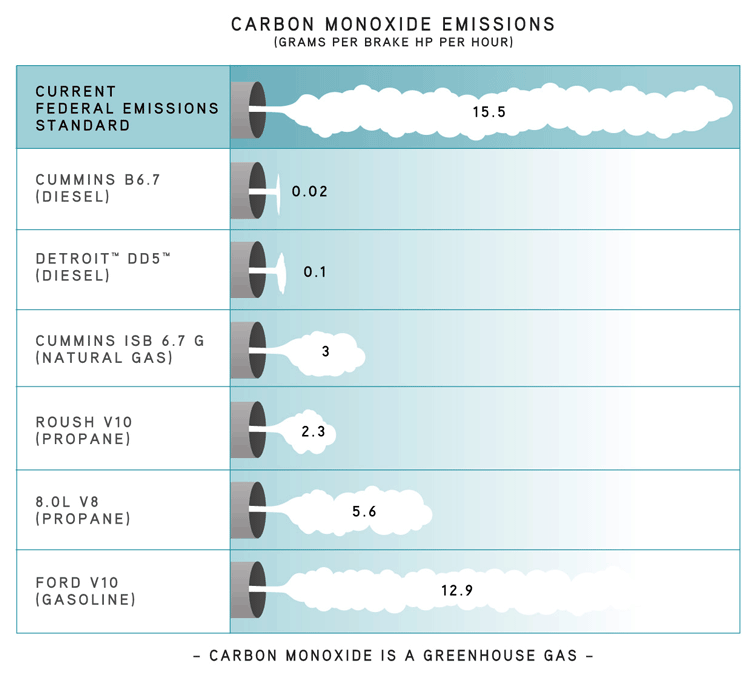 “The fact that all fuel types are now cleaner and comparable to one another in terms of emissions is great news for fleets and fleet managers who are feeling the pressure to decrease their emissions,” said Edgerly. “Now, instead of focusing just on emissions data, school districts can go back to focusing on engine efficiency, reliability, maintenance and total cost of ownership when choosing an engine.”

Discover how diesel goes the distance.