WATCH: The School Bus Event That Was No Accident 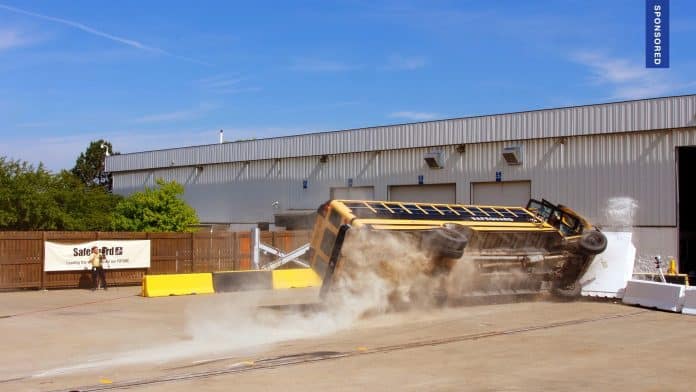 When STN wanted to make an “impact” at their inaugural STN EXPO in Indianapolis, they partnered with IMMI’s SafeGuard to create a first-of-its-kind school bus crash test demonstration for attendees. The results of that demonstration will have transportation experts talking for years to come.

Conducted at 35 mph, SafeGuard’s crash event was based off of a real-world scenario where a bus runs off the side of the road and into a steep drop, which can often induce a rollover. A ramp was used to send the bus airborne, while a crash wall stood in for a major obstacle, such as an embankment or large tree, that a bus might slide into in such an accident. Both belted and unbelted test dummies were on the bus to reveal what can happen to children in a similar crash. 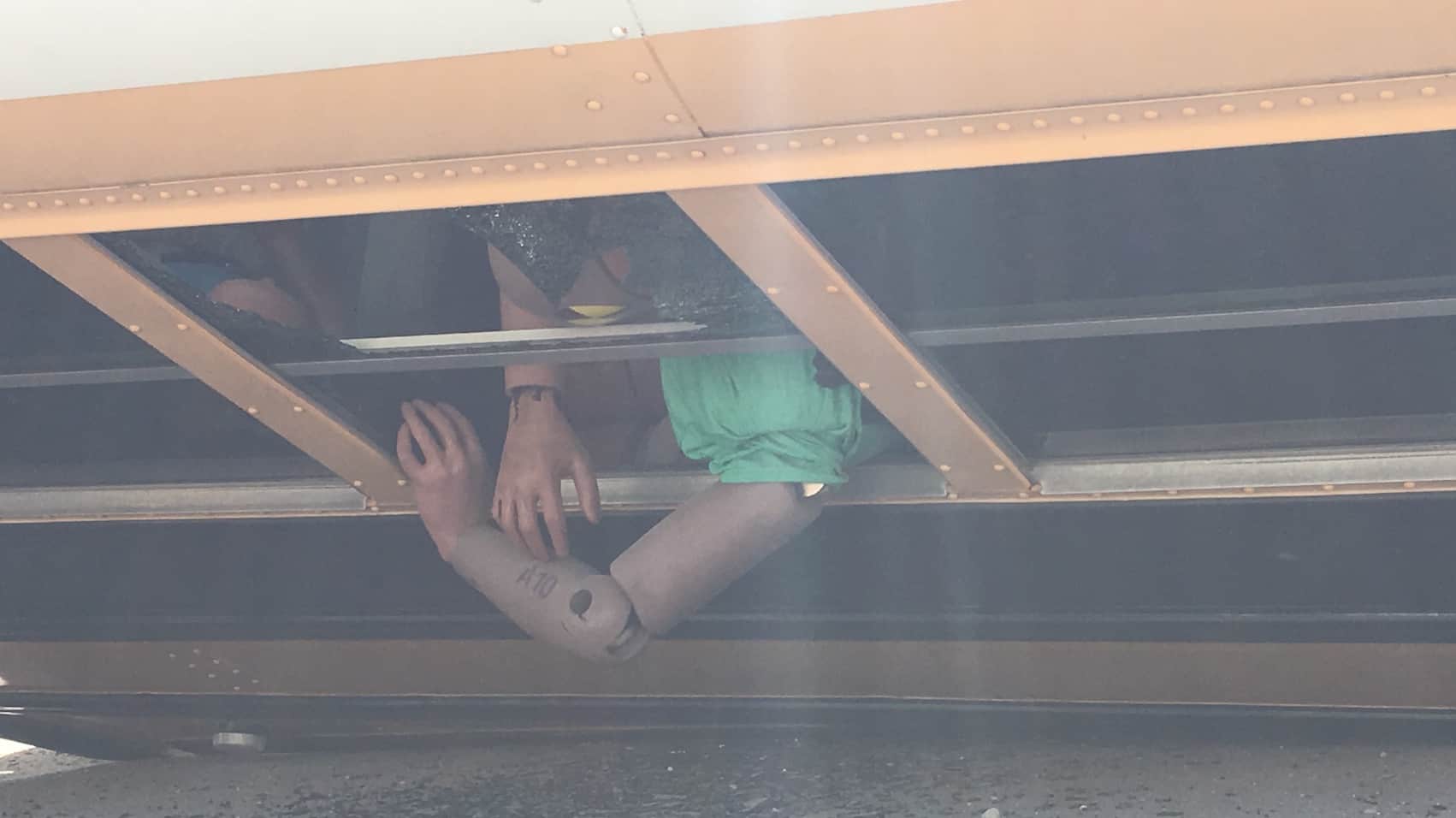 “There is nothing quite like seeing a SafeGuard crash demonstration in person. Everyone immediately understands why it’s crucial to provide lap-shoulder belts for our kids,” said Julie Cooley, director of IMMI marketing and corporate communications. “It’s eye-opening. No one walks away after seeing the aftermath of a crash like this and believes seat belts on school buses can’t make a life-saving difference.”

“This is one of those scenarios we see all too often where compartmentalization doesn’t work,” added Dan Veselsky, IMMI’s managing director of specialty vehicles and the leader of SafeGuard’s bus team. “It’s decent protection in frontal and rear impacts, even if it might leave kids with concussions or broken bones when they hit the seat in front of them, but in a side impact or rollover, compartmentalization is useless.”

During the crash, all of the unbelted test dummies were thrown from their seats, and many wound up in a pile toward the front of the bus. (Article continues after photo gallery.)

Nick Awabdy, IMMI’s vice president of engineering, also weighed in. “Unrestrained children fly around the bus in a crash like this. They smash into each other, the windows, the seats, the ceiling, and sometimes they are thrown from the bus, which can obviously result in fatal injuries. This is why seat belts are a must, to keep kids inside the bus and in their seats.”

Additionally, the demonstration showed SafeGuard’s lap-shoulder and ICS seats are the only ones on the market designed to protect belted students from those unbelted. The SmartFrame Plus safety technology is one of several exclusive features which have made the seat best in class.

CAPE, the Center for Advanced Product Evaluation, had the expertise needed to conduct such a demonstration. They have crashed more school buses and tested more school bus and child car seats than any other crash test facility in the world. Time after time, and in test after test, the evidence shows seat belts on school buses reduce injuries and save lives. That’s why NHTSA, NASDPTS, the American Academy of Pediatrics, and the NTSB all support the addition of lap-shoulder belts on school buses.

And more and more districts are getting onboard, especially after seeing what happens in a crash like this one. One driver at STN EXPO Indy completely changed his mind about lap/shoulder belts on school buses after witnessing the demonstration. 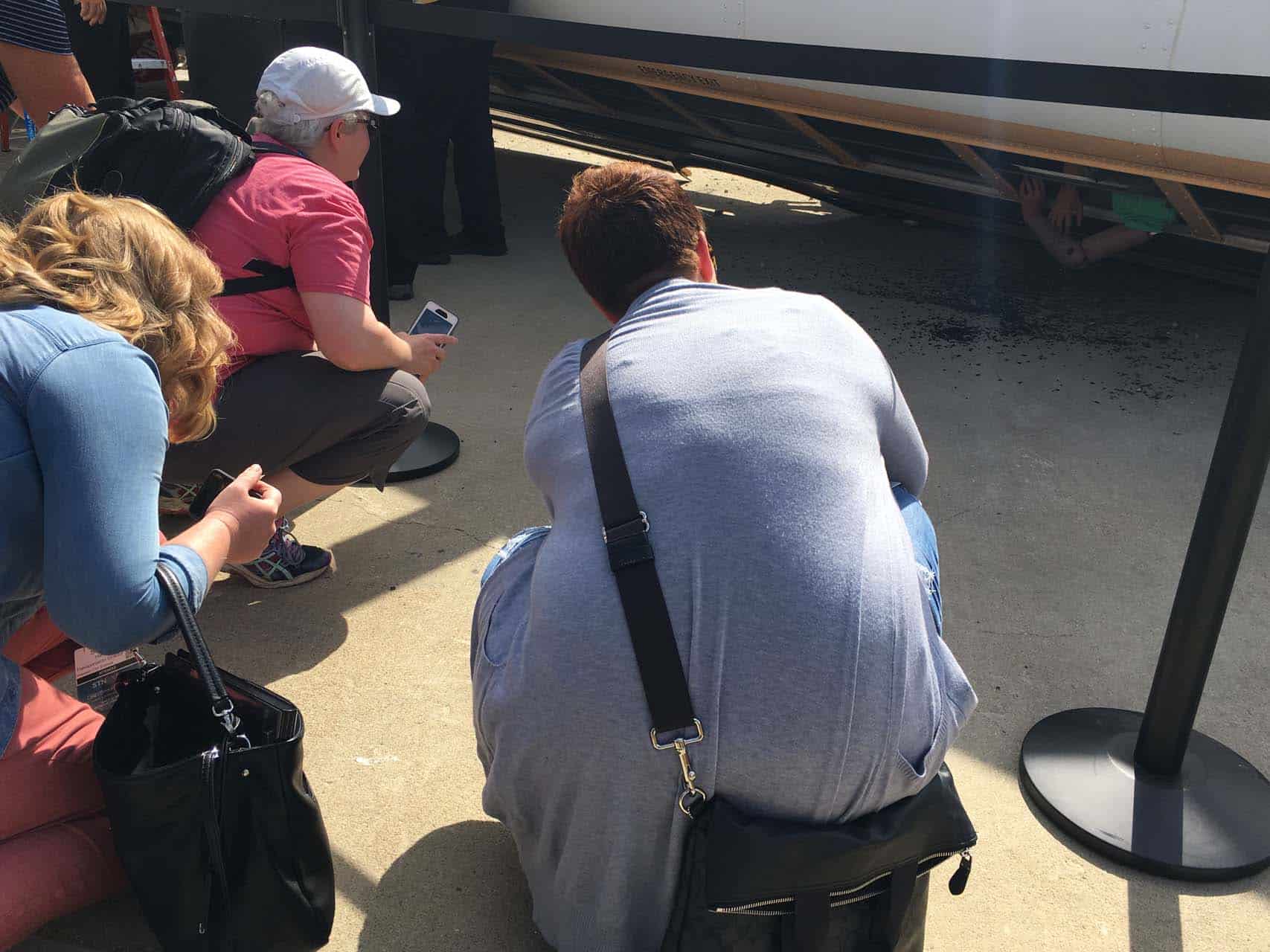 Below, view interior and exterior video taken at STN EXPO Indy of the crash test. If you’d like to see the results of the crash demonstration for yourself, NBC’s The Today Show was on hand to record the event with exclusive rights to a first showing of the onboard footage. They recently shared that report, just in time for kids heading back to school.

Due to COVID-19, we are living in unprecedented times. We know school buses are sitting empty, waiting for the day they can once again...
Read more
Partner Updates

COVID-19 is Changing Our World & How We Operate – Are You Ready?

School districts are faced with having to make a significant number of changes this coming school year: changes to how they transport students, schedule...
Read more
Partner Updates

Lindale Independent School District (ISD) provides education to 4,200 students across six campuses in northeast Texas, just outside of Dallas. And 1,900 of those...
Read more
Partner Updates

As many districts transition to distance learning for the remainder of the 2019–2020 school year, digital equity for students has become more imperative than...
Read more
Partner Updates

Wood County Schools in West Virginia was looking for a field trip management system that was more user friendly. busHive took them from an...
Read more
Partner Updates

Parents want to know where the buses are right now—and we give you the key to doing just that, effortlessly, reliably, and accurately. Give Your...
Read more