One issue that had become apparent to Theobald and his colleagues was the inconstancies in reports they were receiving from a contracted bus driver. The number of live miles reported by the contractor was not adding up and raised red flags for Theobald.

Using Safety Vision’s GPS tracking software “in a way that we hadn’t expected,” Theobald said the district was able to uncover the truth and correct the mistakes made before the issue escalated, saving a substantial amount of money.

“And without this system, there would be no way to catch these errors. Those savings in itself paid for the system.”

“Watching the video and using the Safety Vision map, I was able to make a route based on where the first student got on, back to the school, and actually measure the exact number of live miles and compare them to what our contractors were reporting. And we found quite a few errors, which we corrected. We estimate correcting those mistakes saved the district $400,000,” said Theobald. “So, it’s keeping our records accurate and our contractor’s honest. And without this system, there would be no way to catch these errors. Those savings in itself paid for the system.” 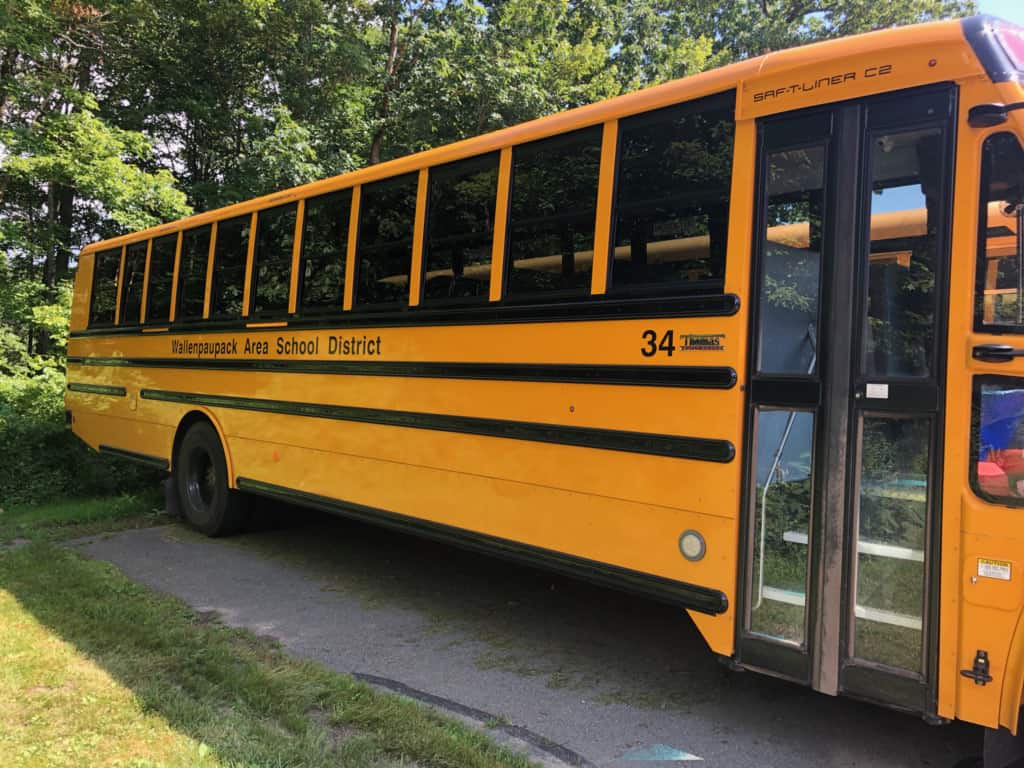 Along with keeping contractors accountable, the mobile surveillance system is often used by the district to refute false claims and show parents their child’s conduct. In a recent case, the district received a phone call accusing a school bus driver of going 80 mph in a specific location. In just a few quick minutes Theobald was able to pull the video and examine the bus’ speed throughout the route, proving the bus did not exceed the speed limit and exonerating the driver from this claim.

Similarly, if a child is continuously misbehaving on the bus, sometimes it takes showing the parents video of their child’s behavior to get the message across. Theobald says these tools have helped the district in numerous cases because “it’s really hard to argue with video.” 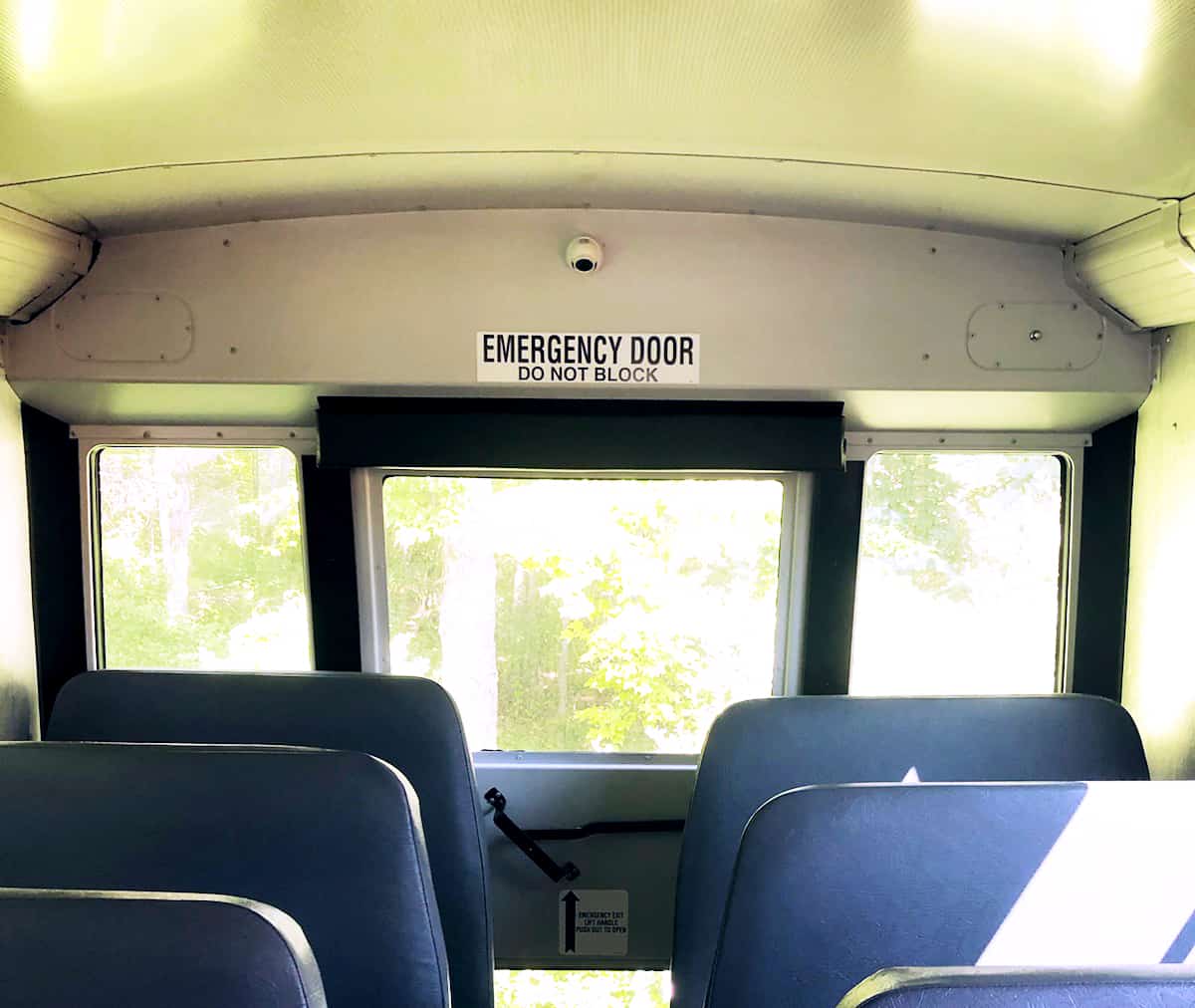 Theobald credits the “easy to use and easy to manage” system along with the customer service he receives as the reason he is “beyond pleased” with his experience with Safety Vision.

“Every time I call if I have a question about the software, I’ll get on the phone and within a few minutes, I have an answer. Everyone is very knowledgeable and resolves things very quickly. I have a lot of confidence working with Safety Vision because the service has always been so reliable,” said Theobald. 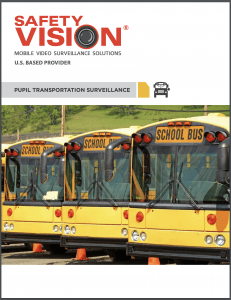 Download the brochure to the right to learn more. Contact Safety Vision at svschoolbussales@safetyvision.com or visit their site at safetyvision.com/pupil-transportation. 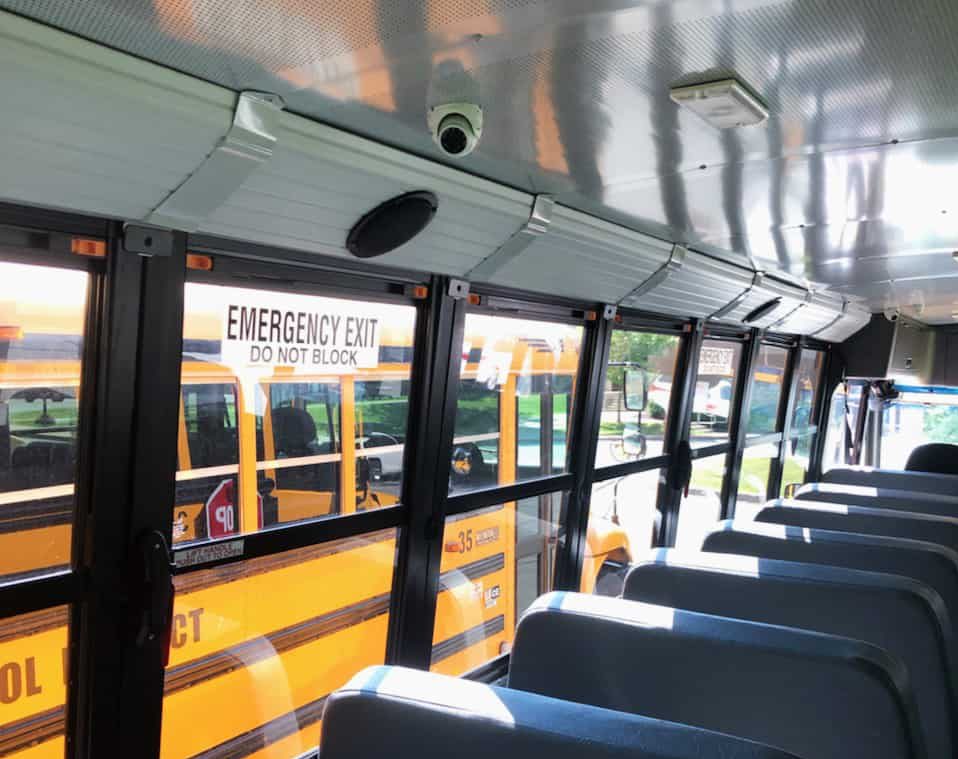