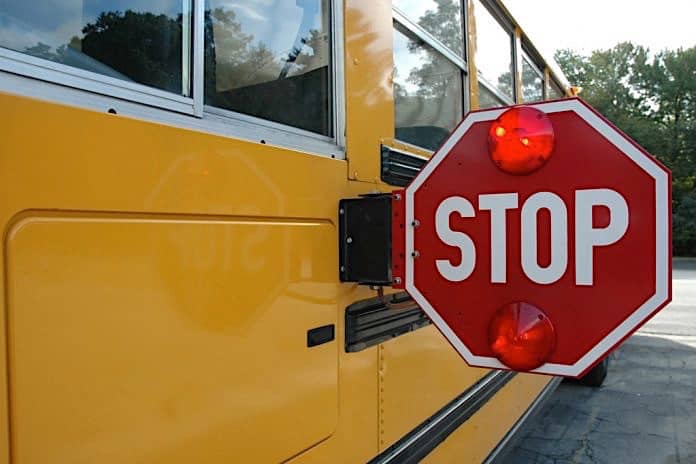 Automatic emergency braking is an emerging technology in the automobile industry. Many auto manufacturers already provide customers with this safety feature. AEB is being phased in, and it’s just a matter of time before it becomes the new standard in the auto industry.

School buses are now being equipped with these kind of optional safety systems as well. What if we optimized our resources and did something truly amazing by preventing illegal school bus passing to the best of our current ability? I am not proposing we take the wheel and reinvent it, but I am proposing we take the iconic octagon and reinvent that. 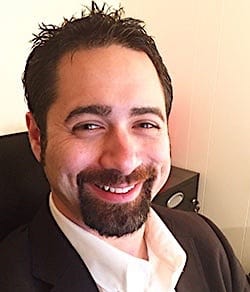 Andrew GardnerI am proposing taking the existing school bus stop sign and place a sensor on it or on the bus itself for that matter. This could be either an optional after-market product or the new federally mandated safety feature. The sensor would “talk” to other nearby vehicles.

Only when the stop arm is deployed, the sensor would sync with the nearby cars with automatic emergency braking, thus signaling to apply partial braking to their cars and alerts the drivers of a potential tragedy.

This will eliminate the need for the famous, “I just didn’t see it” excuse that is frequently given to law enforcement after a citation for illegally passing a stopped school bus, and potentially saving lives as well as preventing injuries to children loading/unloading.

The school transportation industry can learn from the automobile industry, particularly regarding Toyota’s costly mistakes. Rather than having an unexpected accelerating malfunction in our own cars, it is possible to have a planned decelerating function in other modes of transportation. Hackers have already shown that they can control cars while being outside the vehicle. It’s time to learn from these occurrences and continue to make one of the safest modes of transportation.

Some may like this, while others could be leery of the liability aspects. Either way, it made you STOP and think about solutions to this age old problem that can be prevented. For decades, illegal passing continues to be problematic on a national level throughout pupil transportation as shown in the numerous fatalities listed each year in the National Loading and Unloading Surveys and thousands of illegal passers each year in the annual National Stop Arm Violation Counts Survey provided by NASDPTS.

It’s time to be decisive. How are we going to end illegal school bus passing? #Brake4Buses

Editor’s note — Andrew is seeking a response from the National Highway Traffic Safety Administration on its opinion of this proposed safety concept as it parallels with agency’s mission of, “Save lives, prevent injuries and reduce economic costs due to road traffic crashes, through education, research, safety standards and enforcement activity.”