HomeBlogsSchool Bus Stop Safety: Why are Children Getting Hurt and Killed?
Blogs

School Bus Stop Safety: Why are Children Getting Hurt and Killed? 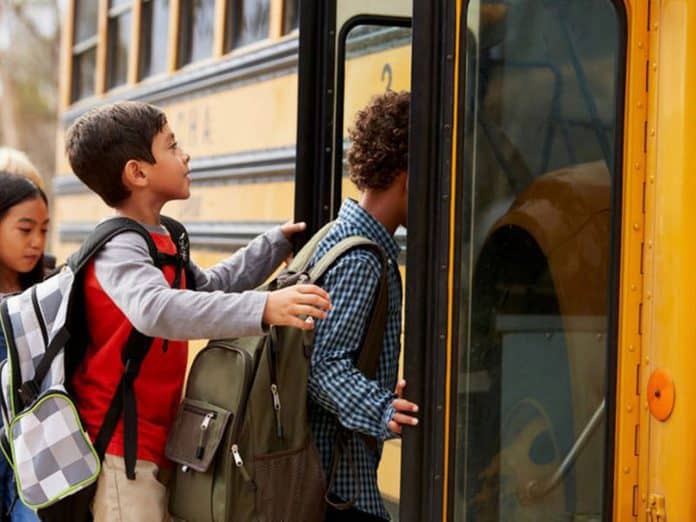 One major change occurred in 1932 in California, as a result of more drivers not stopping for the red lights on the bus when children were crossing the roadway.

This law is still on the books and remains an effective tool in protecting students who must cross the roadway. California has not suffered a student fatality when utilizing this procedure.

In 1939, there were no standards established for school buses. In 1939, Dr. Frank W. Cyr, state director of Florida, organized the first National Minimum Standards Conference on school buses (now known as the National Congress on School Transportation, which next meets in May 2020). During the original conference, 44 standards were adopted by the transportation officials. One standard required all school buses to be “national school bus chrome” (aka yellow) and another standard provided red loading and unloading lights to the school bus to help protect the children when the bus stopped to load and unload.

Today, there are approximately 480,000 school buses on the roads transporting 25 million students, more than half of America’s schoolchildren. In 2016, there were 268.8 million vehicles registered, sharing the road with school buses. An estimated 15 million red-light violations of school bus stops are expected to take place this year according to the National Association of State Directors of Pupil Transportation Services.

During the last 47 years, 1,238 students were killed outside the school bus. 73.2 percent or 906 fatalities occurred to students who were 9 years old and under.

Many ideas have come forward, such as:

Pupil transportation officials have been talking about the best way to get children across the highway safely for the last 86 years. Let’s stop talking about it and take action now. Get the state legislators to adopt California’s school bus crossing law. Use the following language in the legislators’ bill:

When bus drivers, matrons, teachers serving as chaperones or volunteers are used, they shall escort all student(s) from age 5 to 13 when loading or unloading and any other student(s) who need to cross the roadway.

Any action for personal injuries by a passenger on a school bus against a school district, school bus operator under contract with a school district, or any agent or employee of a district or operator (including, but not limited to, bus drivers, matrons, teachers serving as chaperones and volunteers), no such person shall be held liable solely because the injured party was not following the safe school bus safety rules provided when driver is outside of the bus crossing students across the roadway when loading or unloading students.

However, nothing contained herein shall be construed to grant immunity from liability for failure to:

(a) maintain in operating order of any person(s) duty required by statute, rule or regulation;
(b) comply with applicable statutes, rules or regulations.

Editor’s Note: Richard “Dick” Fischer is a former member of the School Transportation News Editorial Advisory Board. He drove his first school bus in 1952 in the U.S. Air Force. After four years of service, he started driving school buses for Orange Unified School District in Southern California. At 23, he became a school bus director for Centralia School District and did that for 11 years. Later he was hired at ARA Transportation as the corporate vice president for safety and training for a fleet of 5,500 buses in 11 states. He helped form the California Association of School Transportation Officials and started School Bus Safety Week with a letter-writing campaign to President Richard Nixon in 1969. From there he started his own world-wide school bus safety and training consultant company, Trans-Consult, in 1977. In 1997, Fischer was inducted into the National Association for Pupil Transportation Hall of Fame.