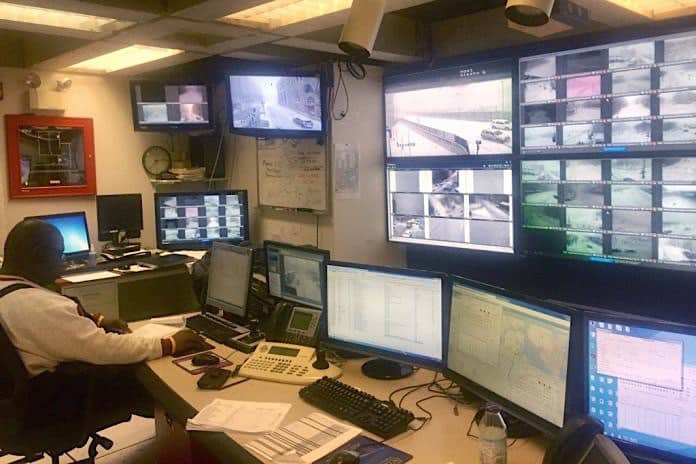 Recent reports from school districts that are considering new school bus technology reveal concerns about not just cost and implementation, but security as well.

In a phenomenon long recognized as part of the school bus industry, new technology that is plentiful elsewhere, takes its time to make it onto the school bus side. Nonetheless, more and more districts have started implementing GPS, bus tracking, student tracking and Wi-Fi onto their buses.

Some student transporters have also expressed to STN their desire to add additional technological features—if they are able to acquire buses through grants like the Volkswagen Mitigation Trust Fund. That topic will be explored more fully in the September issue of School Transportation News magazine.

Use of additional school bus technology results in increased capabilities and convenience for school bus drivers, the bus garage and students. But the use of technology specifically to achieve a higher level of student security is an issue that is now receiving more attention.

In an effort to keep better track of who is in their buildings, Easton Area School District in eastern Pennsylvania is implementing ID cards with computer chips that students will use to check on and off of the school bus, as well as in the cafeteria and library. The same system, provided by New York-based ScholarChip, has been in use at the Philadelphia School District since 2012, when it was added to help reduce truancy.

Some board members were initially hesitant to back the system, due to concerns over student privacy. “For myself, I would not be comfortable with that (minute-by-minute) level of being tracked throughout my day in my own job,” said board member Meg Sayago. “I think it sends a message we don’t trust students, and it doesn’t create an environment of responsibility or a culture of respect for students, and honestly, their privacy rights.” The aspect she was opposed to was later removed.

John Remaley, head of the district police force, said that an abundance of cameras and constant monitoring is just a part of the modern world. “It would be foolish for us not to take advantage of that to make our schools safer for kids,” he said.

Something as basic as the two-way school bus driver radio system was considered and slated for an overhaul by Hall County Schools in Georgia. By the end of December, the district will have new digital radios that increase coverage from about 80 percent to close to 100 percent.

“It’s vital, to be honest. Communication in today’s world between the transportation department and the bus drivers is a necessity,” Transportation Director Clay Hobbs declared. He added that the increased coverage and clearer communication the new radios will afford will help in the case of important messages being passed to school bus drivers, like to stay away in the event of a school incident or lockdown.

Funding amounting to $95,000 from the Safe Haven program and the Department of Homeland Security is helping DeKalb Central School District in Indiana to spend more on student safety. Metal detectors, cameras and radios are all being added as needed. Last year, all employees including school bus drivers received CPR training. This year, lockdown, evacuation and reunification training will be provided.

Wi-Fi Now reported on the growth of technology for Wi-Fi hotspots on school buses to turn them into rolling extensions of the classroom, enabling students to use long bus rides to complete homework. Doing this helps alleviate concerns that underprivileged students are using unsecured networks.

Developments like these provide another layer to the discussion surrounding the normal benefits like increased efficiency that can be achieved by using technology on the school bus. In this increasingly connected age, security should be a prominent consideration as well.