NYSBCA Member is No. 3 on List of Long Island’s Top Workplaces 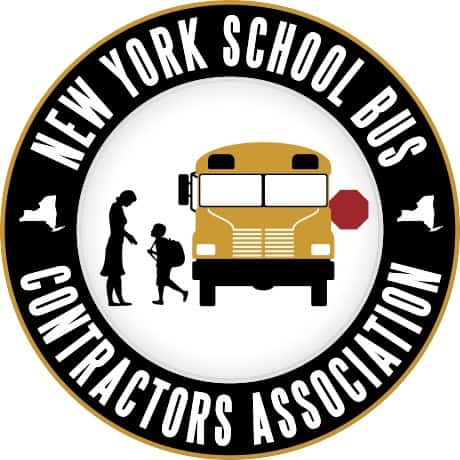 LATHAM, N.Y. — The New York School Bus Contractors Association (NYSBCA), an organization whose members transport nearly 60 percent of the 2.7 million children riding a yellow school bus in New York State each day, proudly announced that its member, Suffolk Transportation Service, Inc. and President John Corrado, have been recognized by Newsday as a top workplace ranking No. 3 on Long Island.

Suffolk Transportation Service, Inc. earned the No. 3 spot in light of a survey completed by employees who were asked to grade their working conditions, supervisory staff, benefits and pay. Suffolk Transportation Service, Inc. is also highlighted for “best training for its employees.” The company earned this second award from Exton, Pennsylvania, research firm Energage for its employees’ strong agreement with the statement “I get the formal training I want for my career.”

When Suffolk Transportation Service, Inc. was being taken into consideration it was the action of their driver, Olga Quezada that made a lasting impression to Newsday. On March 12, 2018, snow was falling hard and fast. Quezada had two preschool students left to drop off but knew the roads were getting too aggressive to continue the pursuit. After radioing for help, Quezada knew that it would be a stretch of time before help would arrive. To her surprise, she saw a familiar baby-blue uniform shirt with the Suffolk Transportation logo pop out of a motor vehicle. Susan Gilmore immediately asked Quezada,“Are you okay? How can I help?” When asked about the interaction Quezada responded with a simple “That’s just how people are at the 63-year-old bus company.”

Keeping the two young children calm, distracted, and safe was the most important part of the entire ordeal, Quezada and her assistant, Sonia Campos, did just that by playing children’s songs, calling home for the kids and reassuring that everything would be okay. In total, the trip was delayed 4 ½ hours, but you would never know based on the smiles on the children’s faces. “I put on music and they were happy,” said Quezada.

Instances like this are what make companies like Suffolk Transportation Services, Inc. a successful and recognizable. The company is known for its generous salaries, health benefits, matching retirement plan contributions among other perks including barbecues, gifts and holiday bonuses. Teresa O’Halloran, executive director of human resources, risk management and safety/training for the Bay Shore-based Company, stated: “It’s a great place to work—people are very friendly, people care.”

The company currently is home to 2,500 workers in eight separate locations where it operates buses for 29 school districts and agencies where it serves schoolchildren and people with special needs. They also service the Suffolk County mass transit buses.

The company’s president, John J. Corrado said Suffolk Transportation’s “culture of caring and mutual respect for our employees … is an affirmation of the unyielding commitment to excellence which was handed down to me by my grandparents who started in this industry as bus drivers in 1922.”

We thank Suffolk Transportation Service, Inc. for its hard work, dedication and most importantly its commitment to passenger safety.

The New York School Bus Contractors Association is an organization representing over one hundred school transportation companies, also known as school bus contractors. The industry transports more than half of all the children who ride a school bus to and from school each day. The Association’s primary mission is to promote safe, reliable and cost-effective student transportation services for New York’s schoolchildren. www.nysbca.com